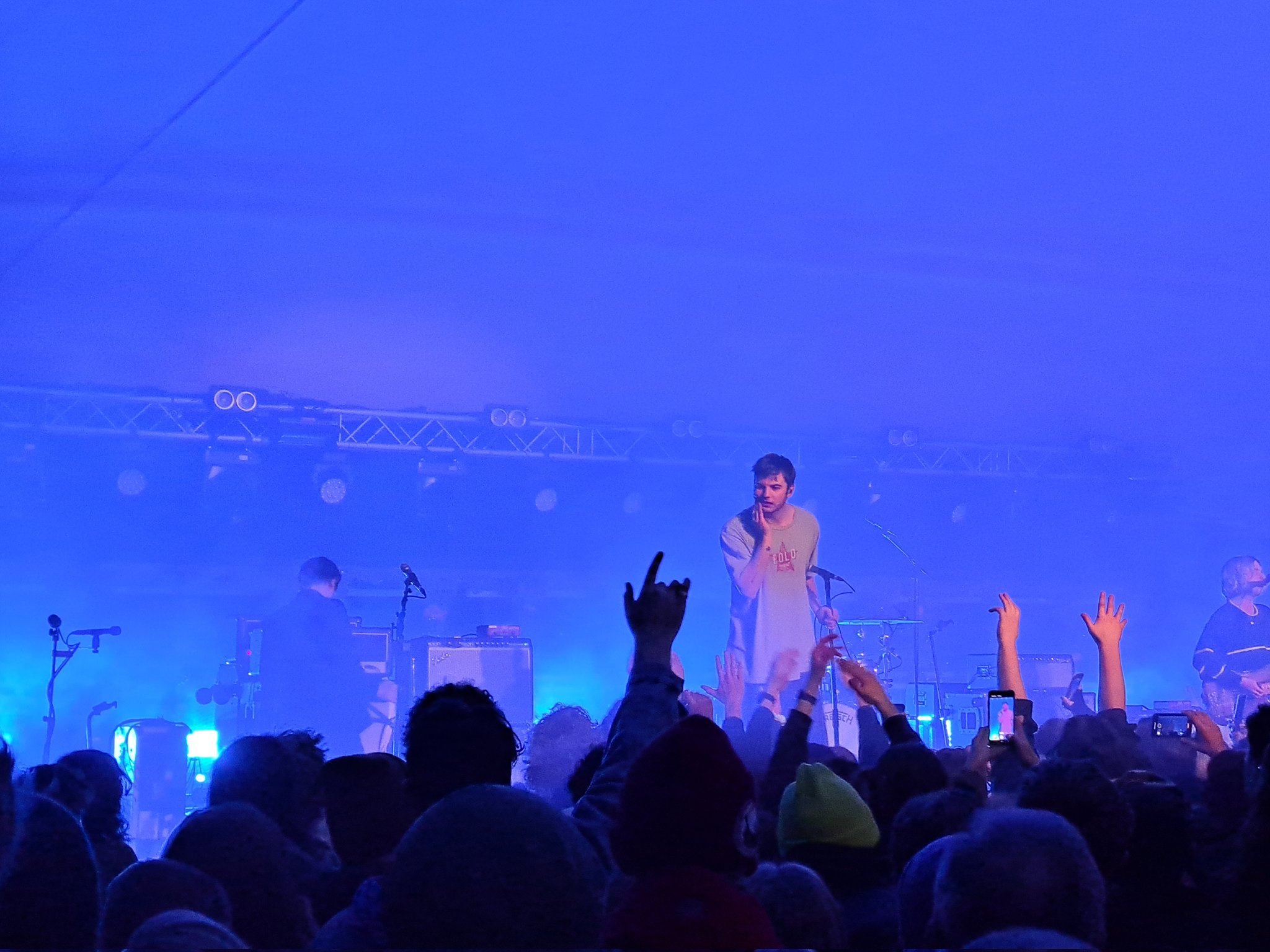 Fontaines DC pictured above played to a packed house as part of the band’s ‘Skinty Fia’ tour. Picture: @ZazaFL Twitter

The Dublin punk band Fontaines DC took to the stage at the Limerick Milk Market on Monday December 5, 2022 to a packed house. The performance came as part of the band’s ‘Skinty Fia’ tour in association with Seoda Shows, Dolans Limerick and Live at the Big Top.

Limericks Milk Market was transformed into a punk haven with English band, Wunderhorse as the opening act.  Frontman, Jacob Slater said, “It’s my first time in Limerick and the crowd has been super responsive so I’m happy.” Fontaines DC took to the stage around 9pm and were met with great enthusiasm from the crowd who were delighted to be there.

“It was really hard to get tickets”, said one enthused fan. “Everybody was looking for them. The minute I got tickets I booked it off work straight away. I wasn’t going to miss it.”

Fontaines D.C were formed in 2017 when all members were attending BIMM college of music in Dublin and shared a love for poetry which they were able to channel into songwriting. The name Fontaines D.C was inspired by a character in The Godfather and the ‘D.C’ stands for Dublin City.  Grian Chatten leads the band with his vocals, accompanied by Carlos O’Connell and Conor Curley on guitar, Conor Deegan on bass and Tom Coll on drums.  Their latest album Skinty Fia shot to the top of the charts in Ireland and the UK after its release in April of this year.

Amongst songs played by Fontaines DC included their big hits, ‘Boys in the Better Land’ , ‘I Love You’ and ‘Skinty Fia’.  Prior to playing in Limerick, Fontaines did multiple shows in Dublin and Galway.  After the gig they headed to Derry for their next show followed by two nights in Belfast to round up the Irish part of their tour. The Dublin lads are then headed overseas for the international leg of their tour in Australia, New Zealand, Canada and the US.