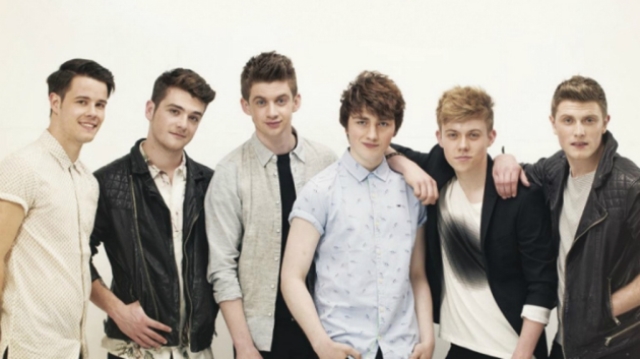 In May 2013 Louis Walsh appeared on the Late Late Show to announce that he was going to do a nationwide talent search to look for Ireland’s next big boy band to rival Boyzone and Westlife. Over the course of the next few months he auditioned over 1000 hopefuls, eventually whittling it down to just six.

The result is HomeTown – Ryan McLoughlin (20, Kildare), Cian Morris (20, Mayo), Dayl Cronin (20 Tipperary), Brendan Murray (17, Galway), Josh Gray (17, Wicklow) and Dean Gibbons (21, Dublin). They were locked away in secret for almost a year preparing to take on the world before making their debut appearance on the Late Late show on Friday 30th May 2014, followed by the first performance of their debut single, “Where I Belong” , in November.

“Where I Belong”, co-written by Jamie Scott (One Direction) and Irish band Kodaline, was released on November 28th, charting at Number 1 the following weekend. The song became the fastest selling debut of 2014, and the fastest selling Irish record of 2014.

Now the band are set to take on their eagerly anticipated nationwide, headline tour of Ireland which brings them to University Concert Hall, Limerick on Sunday 13th September at 8pm. There will be a limited number of Meet & Greet places available before the concert and these can be requested by ticket holders by sending contact details to [email protected] (Subject Line: Hometown M&G).

Their second single “Cry for Help” also debuted at Number 1 in the Irish charts.

Their first live concert was as Special Guests to Shane Filan (Westlife) at The Marquee in Cork in front of 5000 fans, and has been followed by several high profile concerts in Ireland including The Childline Concert at the Three Arena in Dublin, the Jingle Bell Ball at the Odyssey Arena in Belfast and as Special Guests to Olly Murs at the Three Arena. Don’t miss Ryan, Cian, Dayl, Brendan, Josh and Dean live at UCH for one night only!

Check out more of our events here.

Listen to the Hometown number one hit “Where I Belong” below.