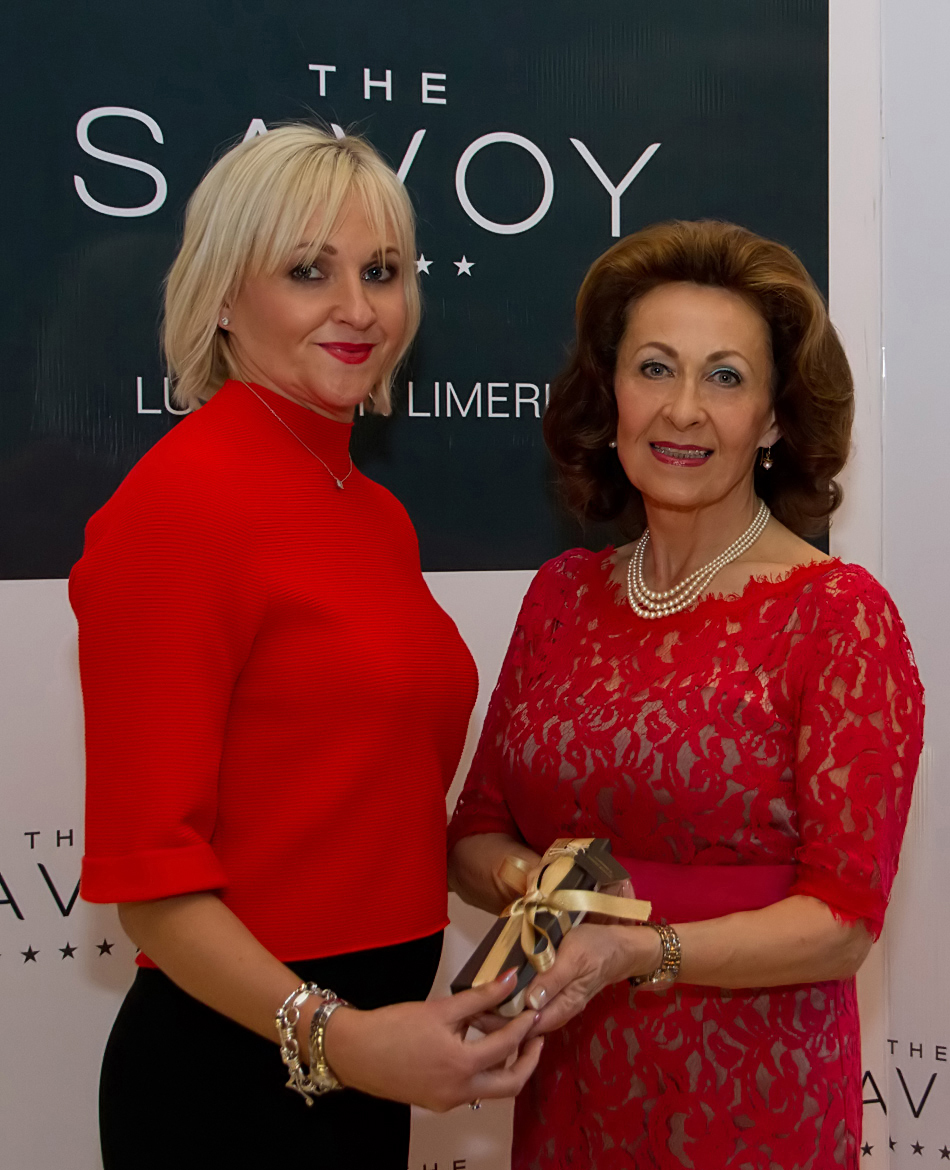 Anne Branigan of the Savoy Hotel is presented from Loretto Kennedy with “The Circle of Hope” bracelet that was donated by Matthew Stephens Jewellers and purchased by Anne for the sum of €250, which will sponsor a child for a year in India. Picture: Ita West

The annual fundraising luncheon is organised around International Women’s Day to highlight the role of women in society, raise awareness for marginalised women across the world and to be a voice for the voiceless.

The first Womens Day luncheon took place last year and was attended by over two hundred and forty women. Thanks to the sponsorship of JJ O’Toole Ltd and the support of the attendees a staggering 21,000 euro was raised for the charity. Though a final figure has not yet been announced, this year’s event is expected to have been as successful as last year. Loretto Kennedy Hope Foundation volunteer explained that “the money we raise is worth about twelve times as much over there (India) as it is over here”.

Maureen Forrest  founder and Hon. Director of The Hope Foundation spoke about the inspiration for the Luncheon. “To help promote gender equality and access to healthcare for all women regardless of where they happen to be born, we must unite with them to fight for a world where each man, woman and child gets equal justice, equal access to healthcare, equal opportunity and equal dignity, without any discrimination”.

All proceeds raised from the ticket sales at the luncheon and from donations concert go towards the benefit of the street children of Kolkata with whom The Hope Foundation work on a daily basis. The volunteers at the Hope Foundation believe that it “It should never hurt to be a child”.

The Hope Foundation is a registered Irish charity (CHY 13237) and is governed by the Dóchas Code of Corporate Governance. Maureen Forrest the HOPE Honorary Director, does not take a salary.

For more stories about the Hope Foundation click here.