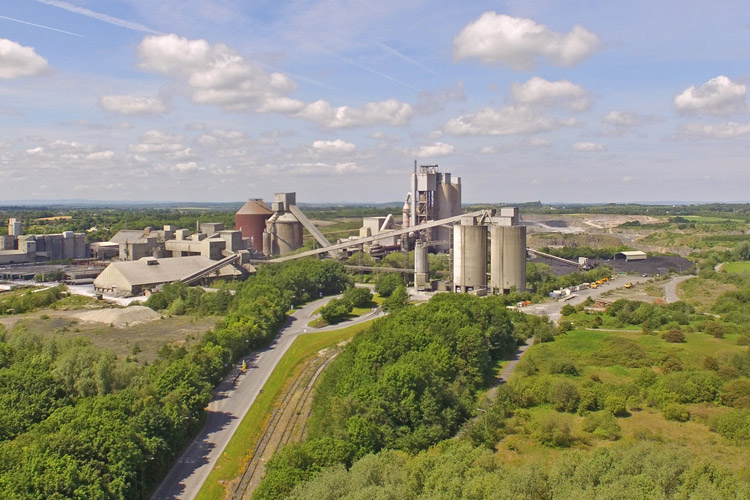 Irish Cement new incinerator has Limerick Against Pollution concerned about people’s health at risk as they will be breathing in dioxins and furans.

Limerick Against Pollution are strongly opposed to the building of Irish Cement’s new incinerator going ahead as they are concerned that the incinerator will put everyone in Castlemungret and the surrounding areas at risk of health problems.

With many sports facilities and recreational areas nearby where people seek to become healthy, the new incinerator would put the lives of these people in danger as they will be at risk of breathing in dioxins and furans in their attempts to stay fit.

Irish Cement has a plant in Castlemungret, Co. Limerick which was first opened back in 1938 but started cement production in the 1950s. Since then the factory has carried out a high-temperature manufacturing process, which has proved to be an important investment for Limerick. Irish Cement prides themselves in sustainable cement production by following three key principles including, Energy efficiency investments, product innovation and fossil fuel replacement. Irish Cement states that they are also aware of environmental issues which is why they use alternative fuels which helps, reduce dependence on imported fossil fuel, improve competitiveness and reduce CO2 emissions Increase recovery of valuable resources and reduce landfills.

However, the Irish Cement Factory in Limerick has been given the green light by the Environmental Protection Agency to build an incinerator, which will burn alternative waste such as used tyres and solvents. The decision represented the final hurdle that Irish Cement needed to clear to begin to operate, having already secured permission to build the storage facilities from An Bord Pleanála.

The project is very unpopular with the community, with more than 3,000 people writing to the EPA expressing concerns at the impact the reforms would have on the local environment.

Irish Cement has long maintained that because any burning would take place at such an extreme temperature, the impact locally would be minimal. It’s also said it’s vital the €10m scheme goes ahead to ensure the plant remains competitive and protect local jobs.

The Irish Government declared a Climate Emergency in May 2019 but many feel that the government are not withholding their responsibilities towards the environment by granting Irish Cement’s licence to burn toxic materials. The cement industry is responsible for around 8% of the world’s total carbon dioxide emissions – totalling some 2.8bn tonnes, according to Chatham House.

Why is the state letting Irish Cement burn tyres in their cement factory in Limerick?

Not only is this bad for the climate, it is a major health risk as well, especially if something goes wrong at the plant. It is right beside a school, public park and houses. pic.twitter.com/Yn1u2yFl7m

Following an oral hearing in December, the firm secured the green light from the Environmental Protection Agency (EPA) to allow it to switch away from the use of fossil fuels in the production of cement at its Mungret factory.

THE daughter of JP McManus, Sue Ann Foley, has initiated High Court proceedings against the environmental regulator’s decision to grant Irish Cement an operational licence. An affidavit was lodged on Monday directing a Judicial Review, which will raise questions at the decision-making process around Irish Cement’s licence.

Mr McManus and his family are known to be long-standing opponents of Irish Cement’s plans to change the process in Mungret, which lies just 20km from his five-star Adare Manor golf resort, due to host the 2027 Ryder Cup.

During a 2017 An Bord Pleanala led oral hearing into the construction of the storage sheds for the new materials being used by the firm, Mr McManus was present for all three days. He said,” I’m concerned. Beginning and end”.

Limerick Against Pollution said, “We are very grateful that this High Court action has been initiated. With the number of houses, schools, health facilities in the general area, it is shocking that this was ever given permission to proceed. We must keep up the fight”.

A member of staff from Rainbows End Pre-school said, “The incinerator at the Irish Cement site in Mungret, Limerick will have a very negative environmental and commercial impact on Limerick City. It’s bizarre the Environmental Protection Agency has approved the burning of hazardous waste right beside three schools. The kids of Rainbows End preschool (including my activist 3-year-old) have had enough and staged their own protest this morning. In fairness, all they want is clean air”.

For more stories about Limerick Against Pollution go HERE