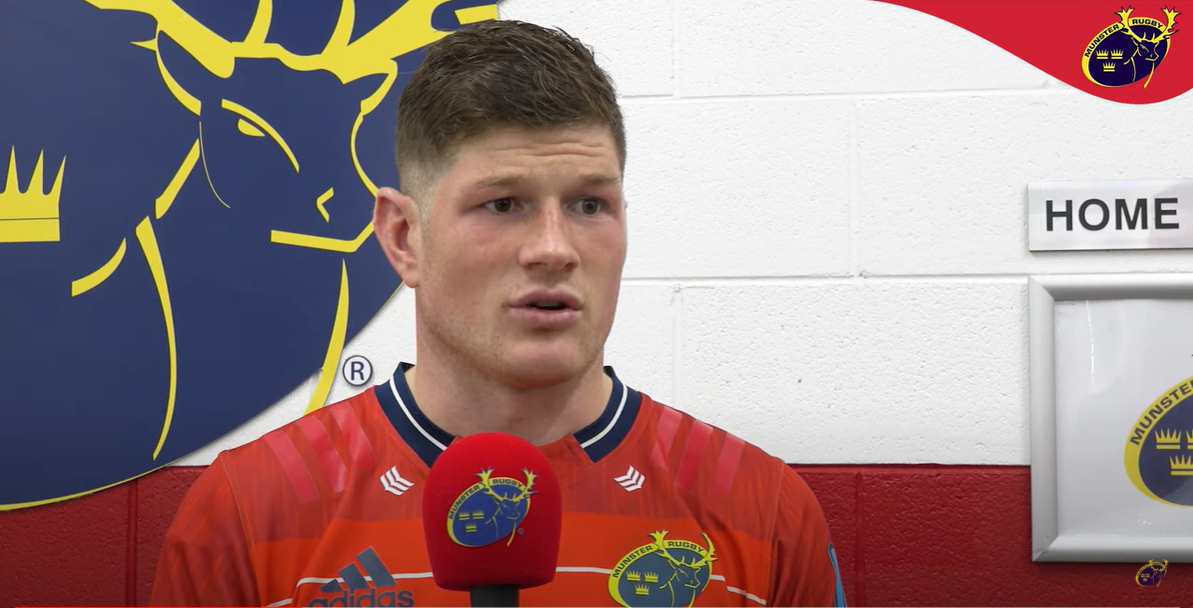 Jack O Donoghue and Munster will hope to continue their current run of form into the knockout stages of the champions cup.

Jack O Donoghue is in the running to win this year’s European Player of the Year award as he was chosen alongside 15 other players in this year’s longlist of possible winners. The young man from Waterford has been playing with Munster since his debut in 2014 and has become a crucial part of their success.

He recently became the youngest player at age 27 to reach 150 caps for Munster achieving this in last month’s 45 – 7 victory against Wasps where he was also awarded player of the match after an excellent display.

O’Donoghue has been in red hot form in this year’s champions cup, contributing 2 tries in 3 games for Munster helping them exit their group pool undefeated where they know will advance to the next stage of the competition where they are facing Exeter Chiefs in April.

Jack O Donoghue studied at the University of Limerick and during his time there he represented the UL Bohemians in the All-Ireland League.

The Munster man will be hoping to win The Anthony Foley Memorial Trophy which will be presented to the winner of the EPCR European Player of the Year award. The award is now in its 12th year and is named in remembrance of the former Munster Rugby Head Coach and Captain.

After the Heineken Champions Cup and EPCR Challenge Cup semi-finals in May, the list will be cut to five players, this will be done through a combination of public voting and a judging panel’s decision. Players that did not make the first longlist but made a large impact on their team during the knock stages of the cup are also in contention to be included in the shortlist. Voting will then reopen where you can choose one of the five players chosen for the shortlist.

Fans who vote in the EPCR Player of the Year award will be in the running to win a signed rugby ball and a signed jersey from one of the two teams that make it into this year Champions Cup finalist clubs.

Jack O Donoghue signed a two-year contract extension with Munster in February 2021 as Munster plan to hold on to the talented young man for the foreseeable future.

Jack took to Instagram after he received his 150th Munster cap to say, “unbelievable night in Thomond Park. So good having the crowd back, incredibly honoured to earn my 150th cap for Munster rugby”.

Related Topics:Jack O Donoghue
Up Next