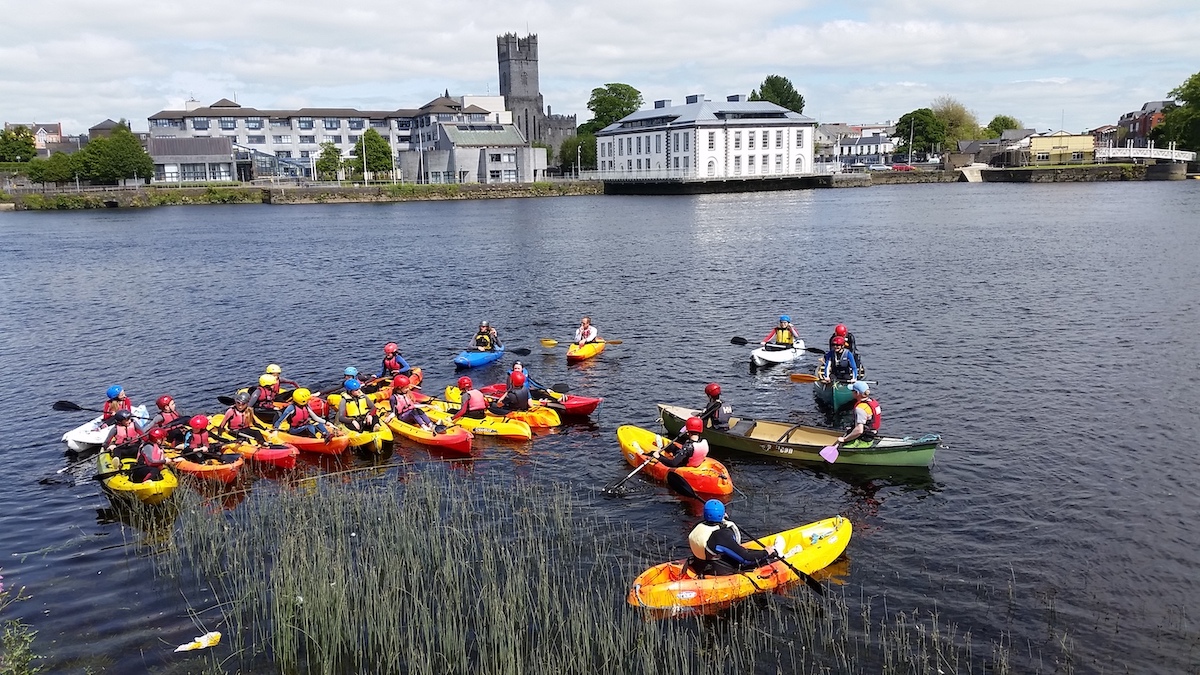 “This is a favour you can do for the planet and the beloved city of Limerick,” says volunteer Mohamed Ferhat pictured far left with fellow Tidy Towns volunteers including Helen O’Donnell (5th from left)

Limerick City Tidy Towns is calling on kayakers to help clean up the river.

Chairperson Helen O’ Donnell and dedicated volunteer Mohamed Ferhat hatched the plan to spruce up the banks of the Shannon in time for the warmer months.

The effort is due to take place on Sunday, March 6. The Tidy Towns Committee urges all local boat clubs to get involved.

“We need all of the boat clubs in the vicinity of the river to come out on some kayaks,” Chairperson Helen O’Donnell tells I Love Limerick.

In addition, volunteers will be needed on the riverbank, armed with extendable rubbish pickers to assist the kayakers.

Volunteer Mohamed Ferhat encourages kayakers to come from Limerick and further afield for the Limerick Tidy Towns River Cleanup. “It doesn’t matter if you are not from the city,” he comments.

“This is a favour you can do for the planet and the beloved city of Limerick. We are all guests on this planet, which will be here for an eternity.”

Limerick City Tidy Towns has confirmed that marshalls and health and safety teams will be present at the Easter weekend kayak cleanup.

Littering has been a notable issue throughout the pandemic. As the world reopens over the coming months, Limerick City Tidy Towns want to see the city’s riverside walks and watersports offerings appeal to tourists and locals alike.

At the height of the pandemic, dedicated volunteer Mr Ferhat undertook a major river cleanup from Shannon Bridge to the end of the Condell Road. The effort took several weeks and often saw the volunteer working alone due to Covid-19 restrictions.

If you have a kayak and/or want to join the River Cleanup, contact [email protected].