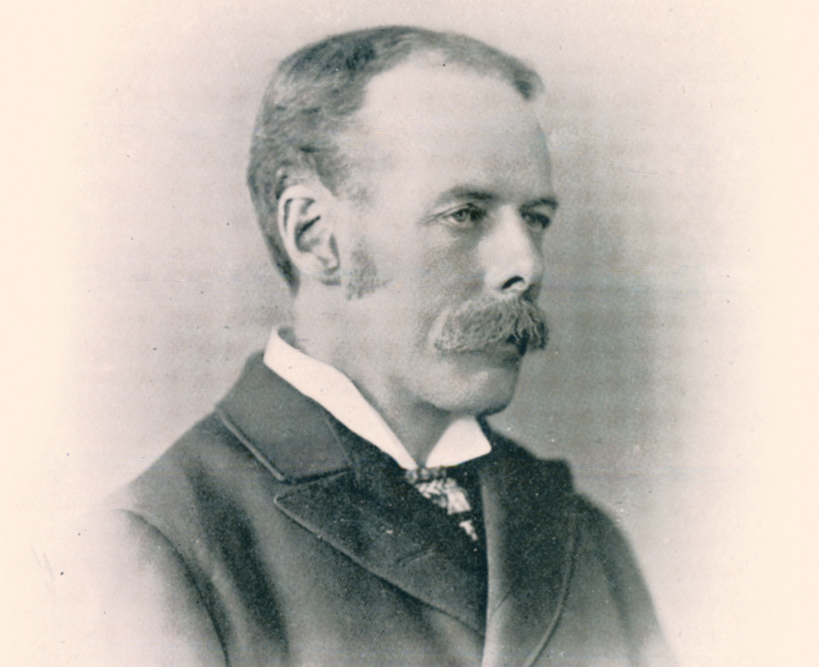 Martin O’Brien, Author of the new publication ‘The History of the Bulgarian National Hero Born in Limerick, Ireland,’ has released a new book written from more than 5 historical sources about James David Bourchier’s life.

Martin O’Brien wrote this new publication from Bulgarian articles at the time to working with the Head of State archives in Bulgaria, to the New Bulgarian University and even the National Bulgarian Newspaper.

James David Bourchier was born on December 18, 1850, in Baggotstown, Bruff, Limerick, Ireland. He was educated in Portora, Trinity, and Cambridge, and he taught at Eton before he became the Bulgarian National Irish Hero today.

Irish-born, Limerick-bred James David Bourchier was born to an Anglo-Irish and Huguenot family. He was educated in Trinity College Dublin, was unhappy with his occupation as a schoolteacher at Eton, which resulted in Bourchier becoming an Irish Journalist who reported for the Times of London in the Near East and went to live in the Balkans in 1888.

“He was a friend and confidant of Kings, Prime Ministers, and other people of influence in the Balkans, which resulted in his rise to power and influence,” Martin O’Brien explained.

He was very instrumental in forming the Balkan League of countries that banded together to obtain freedom from the Ottoman Empire. Bulgaria sided with Germany in WWI, and he advocated for Bulgaria at the Paris Peace Conferences because, as a belligerent country, Bulgaria was not represented in these conferences.

At the war’s end, Bourchier arrived in Paris to represent Bulgaria as an unofficial representative. He argued with whoever would listen to him that had the Allies offered the Bulgarians what, he maintained, was rightly theirs, Bulgaria would not have joined the Central Powers. It was a matter of justice and freedom for a people, he claimed, who were ethnic Bulgarians, but had never been allowed to live together as Bulgarians, except for a brief period.

James David Bourchier (1850-1920) BA @tcddublin 1873. His work on behalf of Bulgaria meant a Bulgarian day of mourning on his death; he is the only foreigner permitted to be buried in Rilo monastery; also on Bulgarian stamps! #Bulgaria Liberation Day #disabilitypride #homosexual pic.twitter.com/KKPwKpVZJl

After the death of Bourchier on December 30, 1920, in Sofia, Bulgaria, he was buried at Rila Monastery and was commemorated as a Bulgarian National Hero.

In commemoration of James David Bourchier, streets titled ‘Bourchier’ in Sofia, Plovdiv, Varna, Sliven, and Blagoevgrad in Bulgaria honour his memory. A metro station in Sofia, a mountain, and a valley in Bulgaria, a cove in the Antarctic, even a cigarette package was also named ‘Bourchier.’

Bourchier was the first Irish person to appear on a foreign stamp, and he was also the first non-national to appear on a Bulgarian stamp, with a total of 15,820,700 Bourchier stamps issued in the years 1921, 1939 and 2020!

James David Bourchier was a Bulgarian icon that made a huge change as a voice for the Bulgarian people and is hailed as a national hero to this day. This new publication delves into the depths of his life and his achievements, which only makes the fact that he is a Limerick man even more thrilling!

Martin O’Brien is a retired businessman who has worked in International Sales, Materials Management and Managing Director roles within multinational companies.

Martin is a qualified Industrial Engineer. He set up his own international trading company in 1988, which he successfully ran for 24 years. His company in 1994 was runner up in Ireland of “Up & Running” the Irish National TV series developed by RTÉ to celebrate indigenous industry successes in Ireland.

He was awarded Limerick Businessperson of the Month in November 1999 and was a finalist in Businessperson of the Year in 1999. Martin was a founder member of INTERFOUR (Assisting USA companies set up in the EU) and EFC (a European consortium offering an EU vast network for computer parts and repair solutions).

New publication ‘The History of the Bulgarian National Hero Born in Limerick, Ireland’.

Information on the Book: