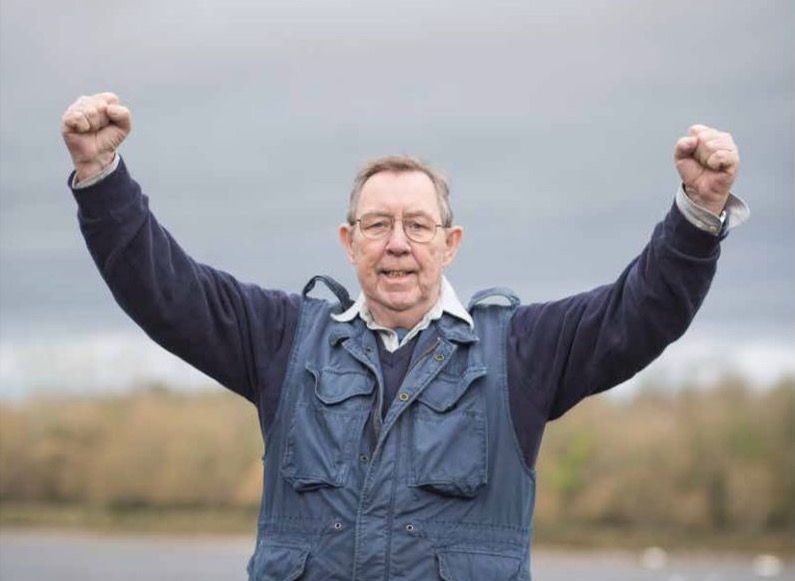 Joe McGarry, the founder of homelessness service Novas has passed away.

The Antrim man spent many years sleeping on the streets of London before establishing Novas in Limerick in 2002.

Mr McGarry came to Limerick in 2002, establishing Novas in response to the city’s worsening homeless crisis. The Antrim man had himself spent many years sleeping rough on the streets of London.

Emigrating to London in 1971 in search of work, McGarry would spend the next 25 years working on building sites around the country. With no fixed wage to secure a permanent home, McGarry took to the streets and turned to alcohol for comfort.

While living in Arlington Hostel, a shelter for labourers, McGarry was sent on a trip to Donegal, where he decided to turn his life around. He began helping others in the shelter until deciding Limerick City was where he was needed most.

Novas began as a temporary, low-threshold service in Bridgeland House, St Alphonsus Street. The building is now Novas nationwide headquarters and provides temporary accommodation for up to thirty men and women here in the Treaty City. In 2012, the centre was renamed McGarry House in honour of its founder.

Speaking at the ceremony in 2012, McGarry said, “When I first decided to come to Limerick, people were saying, ‘You’re going where?’. That is why it is so important to me, personally, that this city has put together this service on Alphonsus Street”.

'I was homeless but that's not all of me… Even if I am homeless, when I get on a bus I'm a passenger. If I'm walking up the street I'm a pedestrian.'
'If I'm homless that means I'm roofless, I don't have a house. It doesn't mean I'm not a human being.'https://t.co/rXQDOynTBJ

Today there are thirty Novas centres located around Ireland, providing temporary and long-term housing for families and single adults. Novas also offers a range of drug services, including detox centres and respite for families of drug users.

Breaking the news of McGarry’s passing, Novas commented, “Joe was at the forefront of service development in Novas. Having been homeless on the streets of London for decades, he used his lived experience of isolation, vulnerability and homelessness to create services that meet the needs of people on the fringes of society.

“He helped Novas to develop services that accepted people as they were; people entrenched in addiction and people who had experienced significant trauma in their lives. For many, these services were the first places they ever felt accepted. This is his legacy.”

Mayor of Limerick City and County, Daniel Bulter, said of McGarry’s passing, “My sincerest condolences to the family and friends of Joe McGarry. Joe was an inspiration to many and offered hope to more.”

The selfless Novas founder is survived by his wife Mary. He was laid to rest in his native County Antrim on Wednesday, January 19.