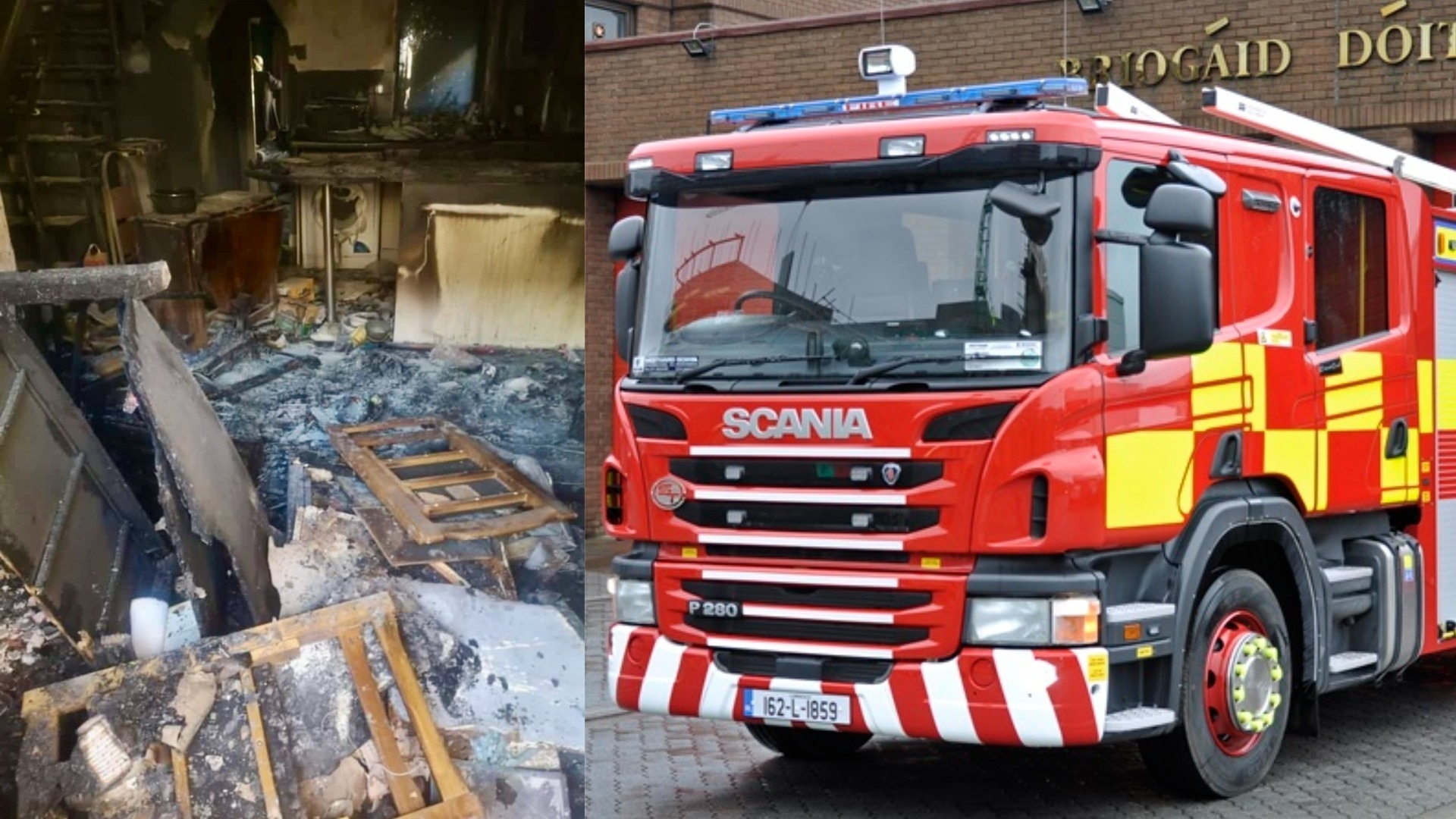 Limerick house fire – Pat and Patricia Kelly are lucky to be alive as their home burned to the ground on Saturday, January 13.

Nephew Mike hopes to get the couple into a rented apartment, so they can begin to process the ordeal.

A housefire in Limerick City has left a married couple homeless and lucky to be alive.

Pat and Patricia Kelly’s home was burnt to the ground on Saturday afternoon, January 13, after a blaze broke out and spread rapidly through the property.

Nephew Mike Daly has set up a GoFundMe appeal to try and raise enough money to rent a flat for the couple, who now have nowhere else to go.

Patricia, who was home alone at the time, was rescued from the flames by a neighbour, who managed to break in and carry her to safety.

She received burn wounds in the blaze and is currently in hospital, however her injuries are not life-threatening.

“The place was absolutely gutted, it was an inferno. Patricia was blessed and is very lucky. When the house went down, they lost everything,” Mike told I Love Limerick.

Homeowner Pat, an avid collector, lost thousands of euros’ worth of collectables in the blaze.

“Pat had old cameras dating from the 1920s on display in the house, and he had every record known to man. He has lost a fortune, but at the same time, that stuff is needless – at least they are alive,” Mike acknowledges.

In a further blow to the couple, their pet cat was killed in the house fire.

Mike, who has a history of fundraising, felt he had to do something to get his aunt and uncle back on their feet.

Last year, the Limerick man raised over €1,000 for Limerick-based charity Help the Homeless. He hopes people will now help his family in their time of need.

“Anyone who knows Pat knows that he is a good guy,” says Mike. “If you can afford to donate then please do, it will be really appreciated.”

To help Pat and Patricia Kelly get back on their feet, donate HERE

New to Treaty City? Here are some things to do in Limerick!