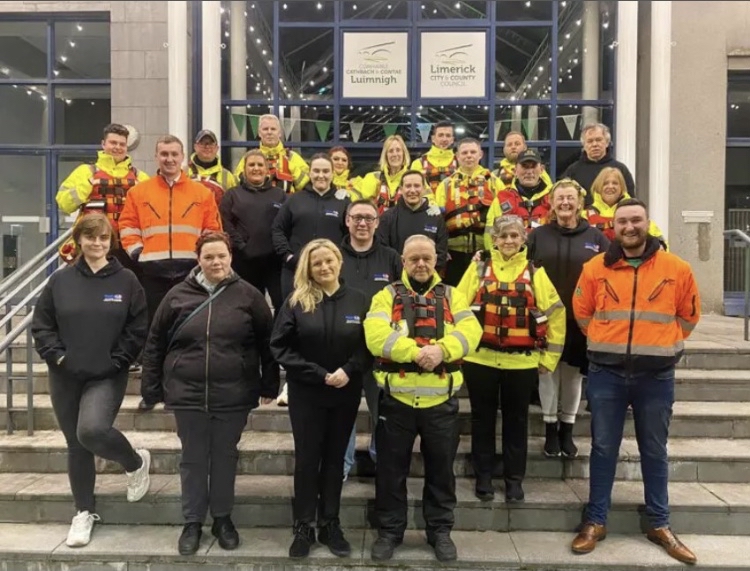 Joint Limerick base – Three Limerick groups have come together to convince the Limerick Council to grant them a base to continue their life-saving work against suicide in the city, which is the highest rate in Ireland.

The Haven Hub currently rents a small room in the city, but it is not ideal as they continue to expand and offer more services to those struggling

Three Limerick groups have come together to convince the Limerick Council to grant them a base to continue their life-saving work against suicide in the city, which is the highest rate in Ireland.

Just last month, suicide prevention crisis drop-in centre Haven Hub reached out to teams across the city such as Limerick Treaty Suicide Prevention (LTSP) and Limerick Land Search and Rescue to help appeal for a vacant building they can all use for their work as a joint Limerick base.

Chairperson of Limerick Land Search and Rescue Calvin Prendergast agreed to the appeal saying, “we are willing and happy to work alongside any of the groups in the interest of the most vulnerable people in our city.”

The Haven Hub currently rents a small room in the city, but it is not ideal as they continue to expand and offer more services to those struggling. They hope to set up a crisis Café style set-up where people who are struggling late at night can get support from their peer support trained volunteers.

The Limerick Land Search and Rescue have been operating for nine years, in a small room which they could only use to store their equipment.

“Even that room wasn’t suitable because it was damp. As a result, life-saving equipment was damaged and had to be thrown out,” Chairman of Limerick Land Search and Rescue Calvin Prendergast said.

“At the minute, we are working out of our jeep. A new base would mean we would be able to expand our operations tenfold.”

Founder of Haven Hub Leona O’Callaghan said at Tuesday’s meeting with the Limerick City and County Council could be a huge turning point in tackling the city’s suicide problem.

“If this is successful, it could turn us from the point where we are leading in suicide numbers to leading the way when it comes to suicide prevention,” she said.

For the three groups to be able to deliver their services – which range from suicide prevention to search and rescue – they need a suitable permanent base. “They need to have four walls,” said Leona.

The fact the three groups are so willing to work with one another makes the possibility of finding a new base much more likely.

“The council were delighted that we were willing to come together for a Joint Limerick base. They wouldn’t be able to facilitate different buildings for each one of us,”

While there is hope that the council will act following the positive meeting between the three groups, Chairman of LTSP Matt Collins admitted he was frustrated with the lack of action following the meeting and two trips to the Dáil, one of which took place just 6 days ago following the expiration of their lease in John Street.

“This is a chance to actually keep people alive, they need to see the importance of that. While we are busy talking, people are dying,”

“Families are losing their children, children are losing mothers and fathers, we’re losing friends. This can’t keep going on,” he said.