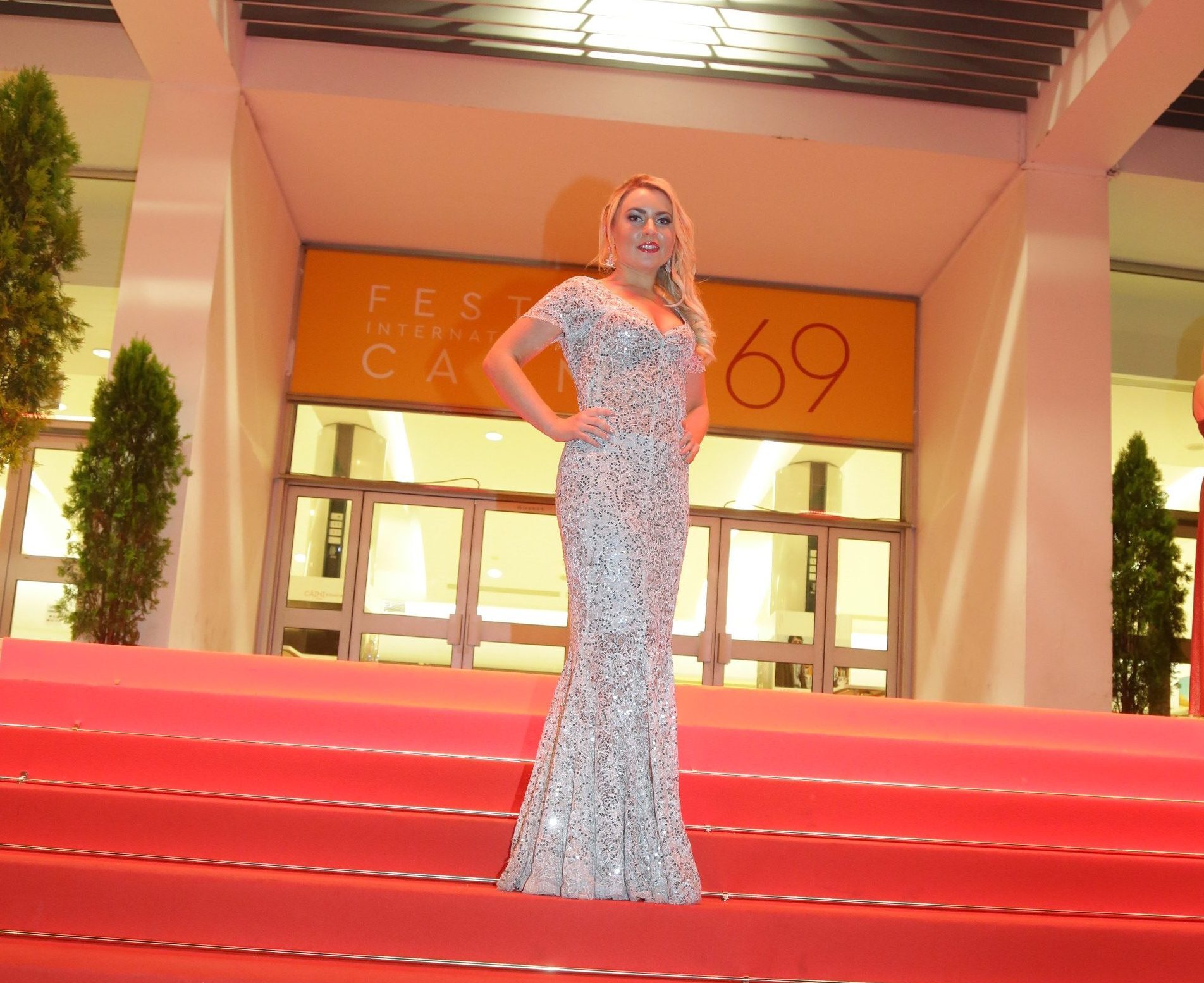 Photo: Judy Fitzgerald Limerick wearing a designer dress by DK House of Fashion on the red Carpet at the Cannes festival.

Judy Fitzgerald Limerick lady was one of the many celebrities on the red carpet at Cannes for the 69th Film Festival.

“I was honoured to get the opportunity to walk the red carpet wearing this amazing dress custom-made and designed by DK House of Fashion,” Judy said.

The Limerick lady had a jam-packed schedule of star-studded events to attend, rubbing shoulders with many celebs such as actress Kirsten Dunst.

On arrival to Cannes Judy Fitzgerald Limerick lady attended an exclusive event to promote the Richard Harris Film festival in Morrison’s Irish Bar in the Heart of Cannes. She thoroughly enjoyed watching the film screenings and learning more about the festival from limerick’s film crew Zeb Moore, Nigel Mercier, Paddy Murphy, Kevin Kiely, Steve Hall and Paul Thompstone. She attended a series of VIP events, including several high-profile awards nights, red carpet events, film screenings and after parties during her time on the French Riviera.

Judy got a taste of the prestigious event last year when she was invited to attend the premiere of the final film of the festival, which led to her attending the Monaco Grand Prix, VIP yacht parties and partaking in photo shoots for a number of top designers.

Vanilla Browns beauty Salon in the Absolute Hotel Limerick made sure Miss Judy Fitzgerald Limerick lady was looking her best by providing her with the all-star treatment before she boarded the plane to Cannes. She looked every inch the catwalk star thanks to DK House of Fashion, who provided glamorous designs for all Judy’s appearances at the luxurious resort town.

Check out more about the Cannes Film Festival here