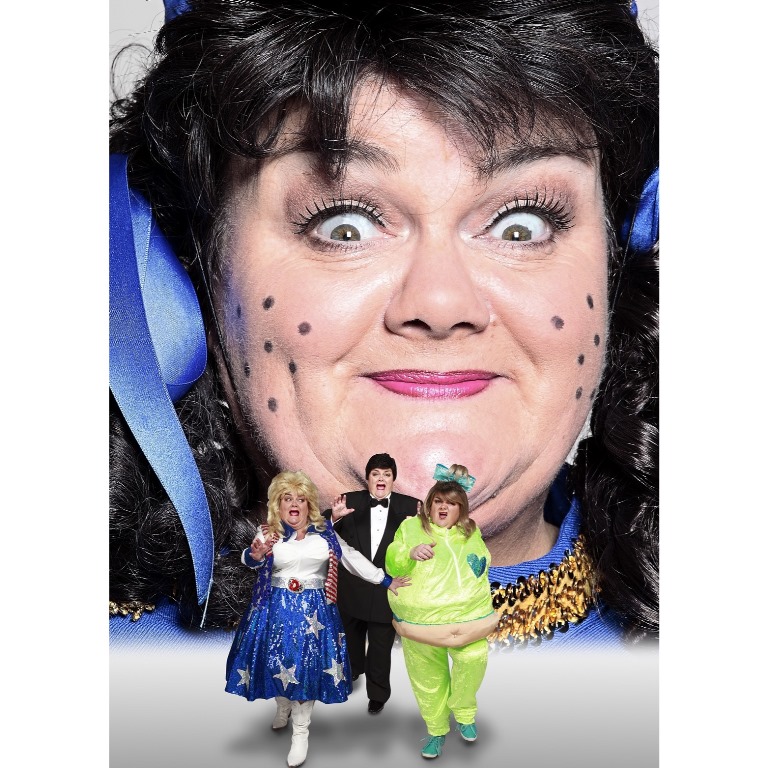 June Rodgers at UCH this June

After last year’s sell out performances June Rodgers is taking her fun filled family show back on the road this summer and she comes to University Concert Hall for one night only on Friday 5th June!

This slick production brings together June’s stock of hilarious characters with high energy and sophisticated song and dance routines performed by her dynamic cast. Be prepared to meet the international man of espionage, Oliver Bond – “the spy who loafed me”,  Kylie Minogue as you have never seen her before; a Ricky Martin impersonator with a Wickla’ accent, and a host of June’s other characters – old and new.

With smooth choreography and stunning musical arrangements, this is a glamorous, up-to-the-minute, fun show rooted in the best variety theatre tradition. If laughter is the best medicine, then prepared to overdose!

Theatre performance has always been June’s first love (she was the queen of panto at the Gaiety for many years) and she has performed in musicals as diverse as “The Full Monty” and “The Pirates of Penzance”. In recent years she has concentrated on producing her own variety-style show for the Moran Hotel group in Dublin and Cork. Listeners of Joe Duffy’s Liveline will be very familiar with June’s regular featured spot on Funny Fridays.
“I love the Funny Friday shows” June admits, “especially when we do them live at venues around the country”. This prompted her to embark on her first national theatre tour last summer, which had an amazing response, selling out all venues including the 2,000 seater Bord Gais Energy Theatre, proving once again that variety theatre is alive, kicking and laughing.