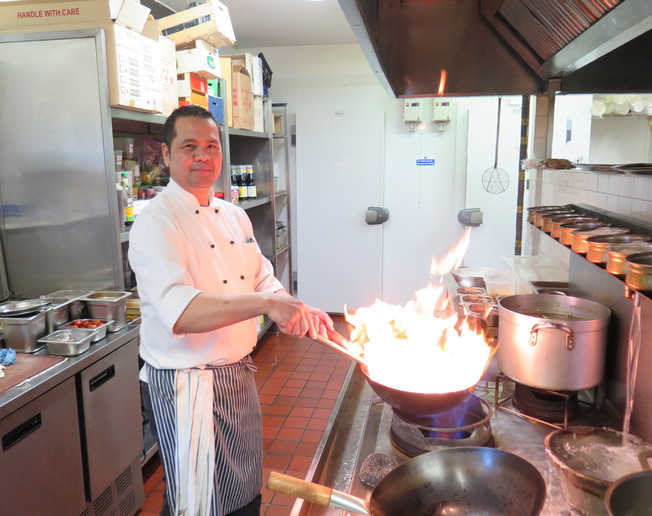 Khing Thai, a Thai restaurant located on Lower Glentworth Street next to the Glen Tavern, seems small at first as you enter the narrow green door way. But as you make your way up the flight of stairs and smell the aroma of the food and hear the tune of the classical music, you might realise that the place has a lot more to offer than it first seemed, as did I. 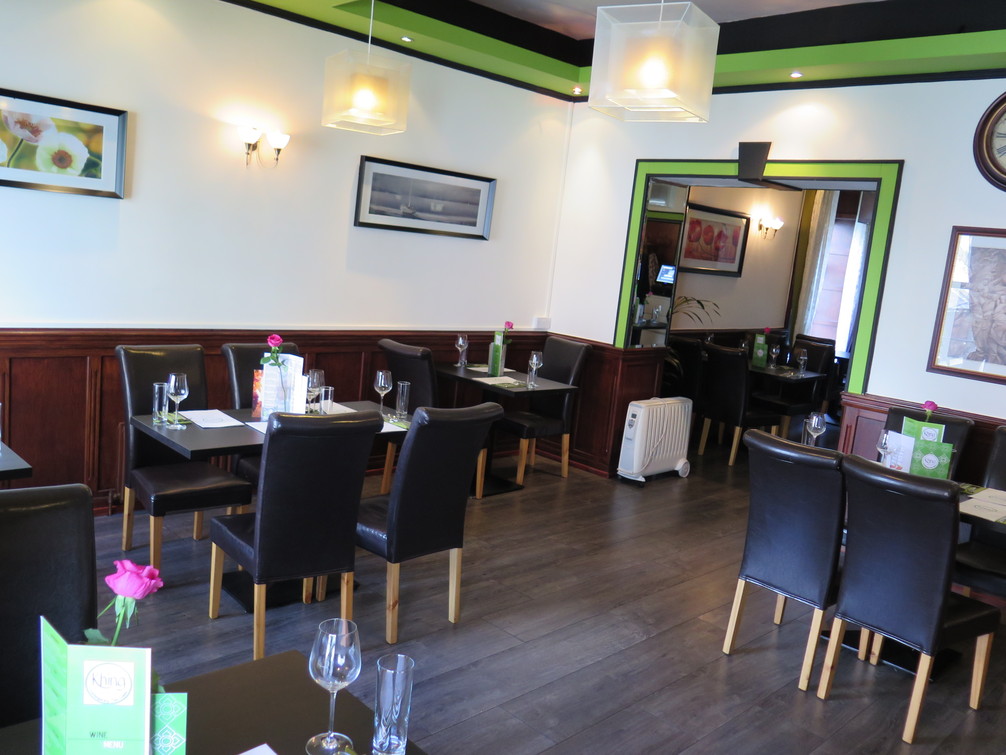 The restaurant was decorated in a green and dark brown theme, with the walls being a light shade of green or cream that complimented the dark wooden tables and dark leather seats. The place had a classy feel but not so fancy you would feel out of place in jeans. It was just right.

I met the owner and chef, Owen, who willingly told me all about himself and his restaurant.

The restaurant, which he runs himself, came into existence 8 months ago although Owen has been a chef for many years. He attended culinary classes in Thailand and has a Diploma for Hotel Management and Culinary Arts. He is a renowned chef in both Thailand, where he is from, and also Ireland.

Before starting up his own business Owen has worked in many places including some of the top hotels in Ireland. He previously worked in Thailand for many prestigious restaurants and resort hotels as a Thai Chef, Manager and Head Chef, producing top quality cuisine at 4 – 5 star hotels. When asked why he decided to set up his own business he said it was to “bring the Thai taste to Limerick”.

With all his credentials I can only imagine that everything on the menu is exquisite. The customers confirmed this with their glowing reviews, “The food is absolutely amazing”, one man explained, “I personally love the spring rolls” he continued. The most popular dishes according to Owen are the Red Curry and the King Prawn dish.

Richard Lynch, a frequent customer, says his absolute favourite dish is the prawn massaman curry. He eats the prawn dish, served in a delicious curry sauce, about three times a week, sometimes even four. Below is a picture of the talented chef with Richard and his favourite dish. 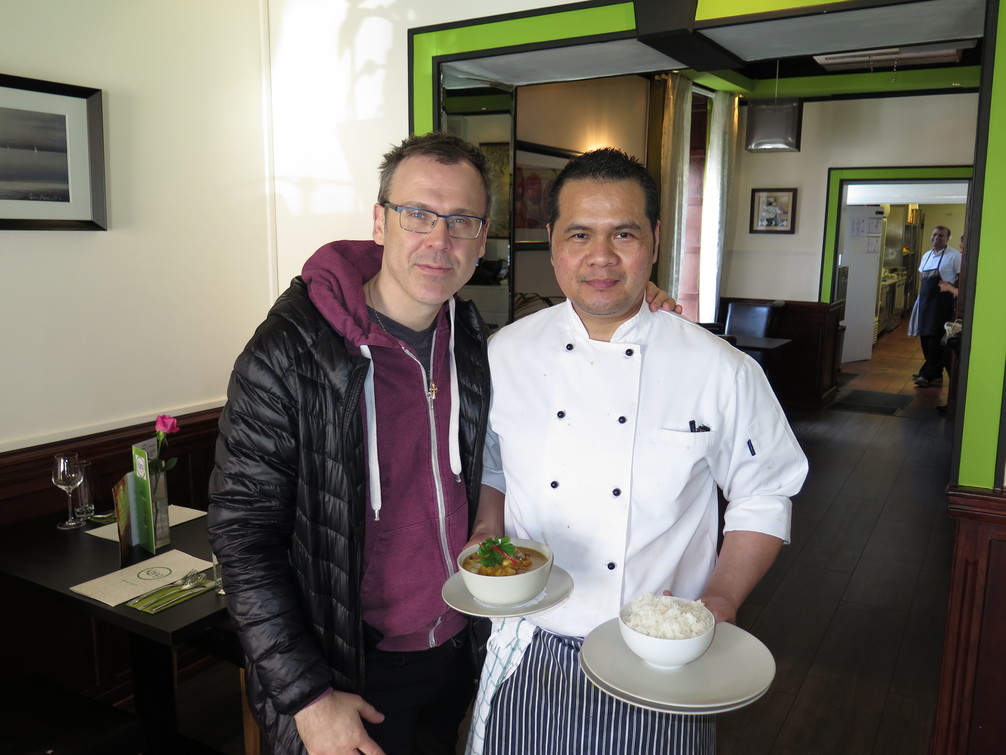 Their menu, which can be found on their website, contains an array of dishes served as starters, mains and deserts. Some starters include the common vegtable spring rolls, char grilled chicken satay and also some different options for example the tom kha coconut soup which contains a number of appetizing ingredients including lime juice. The fishcakes which are also quite piquant were served with two different sauces which both added to the flavour and texture of the crispy outside and soft inside of the fishcake as seen below. 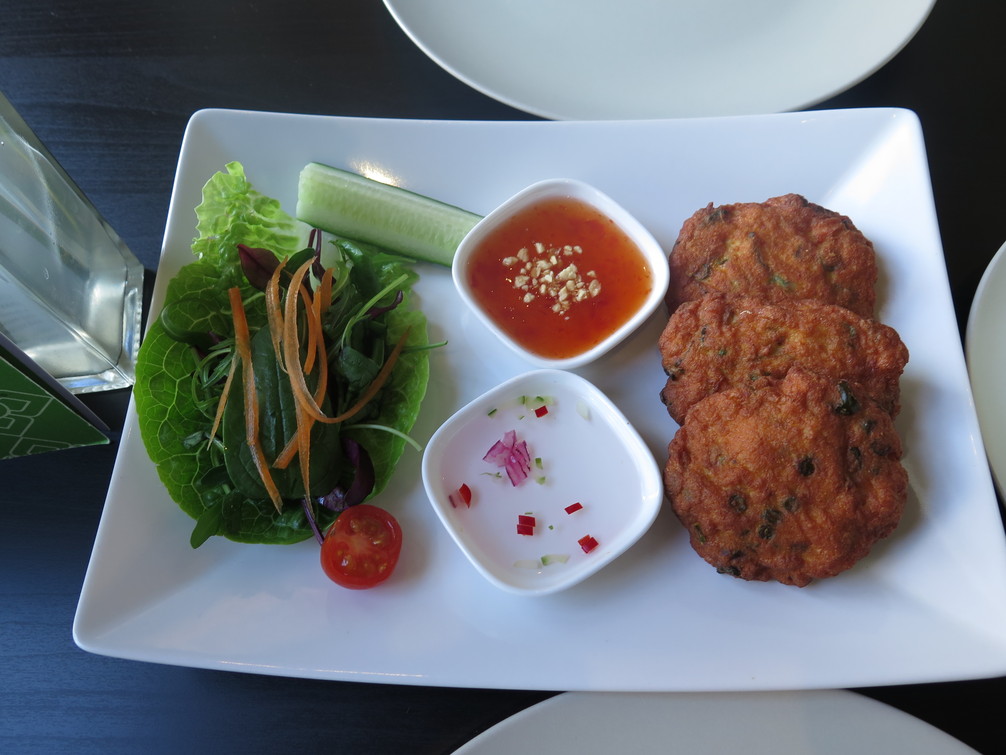 Their main courses, like their starters, have many appealing options including sweet and sour chicken, various curry’s at different levels of spiciness along with many other dishes.

If you’re looking for somewhere different to dine, why not go somewhere with a top-notch chef? If you would rather stay in but still want a divine dinner why not order online or through the Just Eat app and have it delivered? Check out the links below for more information.