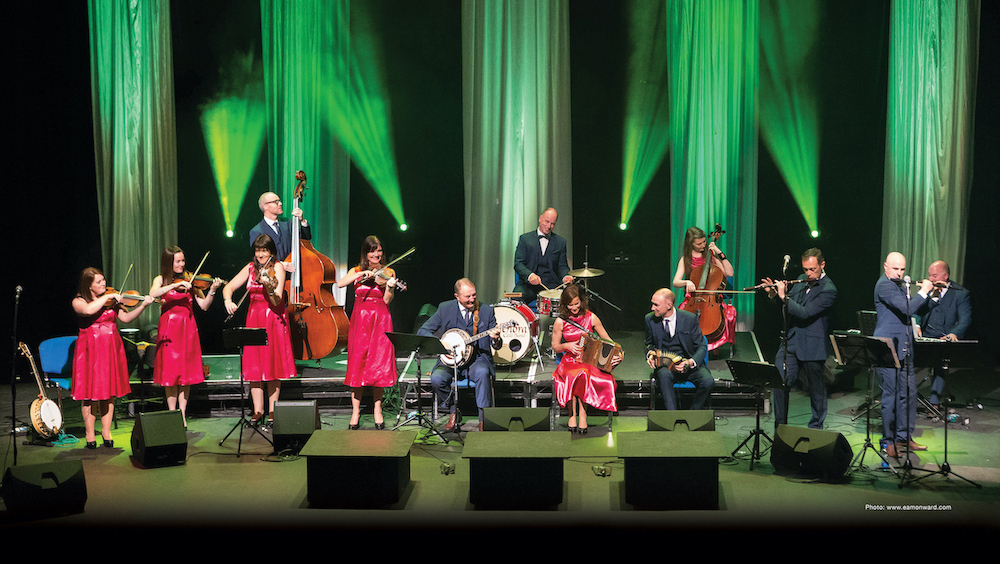 The world-renowned Kilfenora Ceili Band, regarded by afficianadoes as the quintessential Irish céilí band, will be joined by special guests to perform an uplifting, energetic and entertaining show this Saturday, September 10.

This traditional legendary group take their rich musical heritage into the future with a show that is expertly choreographed by boasting highly rhythmic traditional tunes, together with beautifully sung airs and witty repartee.

Bringing their music to new audiences is a constant quest for the Kilfenora Céilí Band who have performed at Glastonbury, New York’s prestigious Lincoln Center as well as tours around Ireland and Europe.

This is enhanced by recent recordings and television appearances, such as, RTE’s The Late Late Show, Fleadh TV, TG4 and of course their most recent album Both Sides Now, produced by Dónal Lunny (2019), and a new DVD titled the Kilfenora Ceili Band Live in Concert which points to a broadening of the perceived boundaries of their genre.

Through collaborations with a diverse range of song and dance artists from former Riverdance lead Michael Donnellan to singer/songwriters Edel Vaughan, Don Stiffe and Mike Hanrahan, to experimentation with repertoire, this band are pioneering new and exciting performance contexts for the céilí band genre.

His grandfather was one of the founding members back in 1909 and his father, aunt, and uncle were all part of the next chapter of the band in the 50s and beyond. They are delighted to have John and the full 13 members of the Kilfenora with at the Lime Tree Theatre on September 10th to mark their 10th birthday celebrations.

For more information on the Kilfenora Ceili Band, go HERE

Scullion brings ‘Time has made a change in me’ Tour to Dolans October 9, 2022