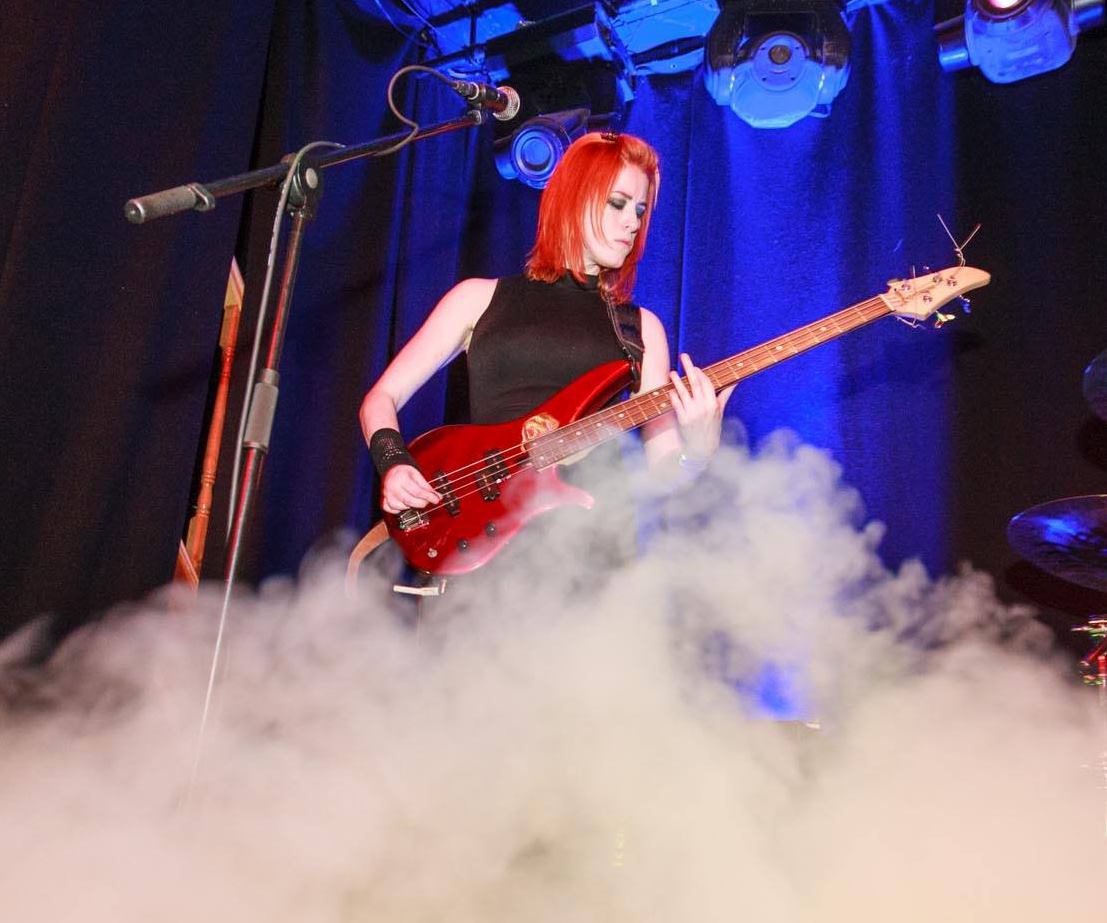 LA Halvey is a singer and songwriter from Garryowen Co. Limerick.

LA encourages aspiring musicians to do what they love

L.A. (aka Lesley-Ann) kicked off her music career in 2002 when she moved to Dublin to become lead singer and bassist of the all-girl rock band Black Daisy who played across various locations in Ireland, Europe and even the US! The band also released their debut EP in 2008 and went on to represent Ireland in the Eurovision Song Contest 2009 in Moscow.

Black Daisy decided to call it a day in 2010, however, L.A. continued to perform, write and collaborate with various musicians and bands, while also working in TV and freelance radio presenting. In 2016, Lesley-Ann decided it was time to return to her hometown of Limerick and bid farewell to Dublin, where she had been living for almost fifteen years.

L.A. is now part of an original acoustic duo called ‘Thick As Thieves’ with her bandmate Phil Aherne.

We chatted with LA Halvey about her life and career.

I grew up in Garryowen and lived with my grandparents, as did my mam. I was an 80’s child, and even then, I was obsessed with music which my grandparents nurtured and encouraged. My happiest memories included spending hours listening to my double cassette stereo and taping my favourite songs off the radio. I was also an awkward kid and school wasn’t my happiest time, I was a bit of a loner and bullied in secondary school.

When did you begin creating music?

I began making up my songs as early as I can remember…I used to tape myself singing away on my cassette stereo and then create instrument-type sounds and beatboxing with my voice! It was terrible, but it was my favourite thing to do for hours on end…so yeah…that’s where the obsession to create music started. I bought my first guitar at seventeen and was self-taught. I’m currently still always learning.

What was it like to be part of the team representing Ireland in the Eurovision contest in 2009?

Still to this day, there are no words to describe it, only that it was the most amazing and surreal experience of my career. I was always a big Eurovision fan since I was a child. I have memories of Eurovision being a really big deal in my grandparents’ house and we would all gather in front of the TV to cheer for Ireland!

Never in a million years would I ever have thought I’d have the opportunity to represent my country one day…and I would do it again in a heartbeat!!

What kind of music do you create and what does it mean to you?

My music ventures have evolved and changed over the years. I love all styles, depending on my mood and what I’m listening to usually reflects in my creative side. I’m easily influenced and have been inspired all the way from rock chick punk attitude to big ballads. Whenever I collaborate, I have no idea what the end result will be because I’m combining my ideas with other artistic inputs which is always a cool challenge and pushes me out of my comfort zone!

What advice would you give to someone hoping to begin a music career?

Do it, do it, DO IT. Don’t overthink it, always enjoy it, find other like-minded musicians to connect with and just always be in that moment. I think simply loving what you do opens more doors and can take you on totally unexpected paths and opportunities!

Who would be your dream artists to collaborate with and why?

Matt Bellamy, lead singer from my all-time favourite band Muse. The guy is an absolute musical genius with a voice that gives me goosebumps literally every single time! In saying that, if I was in the same room as him, I’d probably be way too starstruck to focus on collaborating! I also grew up listening to the now late greats such as Michael Jackson, Prince and David Bowie…oh my god…imagine collaborating with all of them at the same time…! Mind-blowing…!!

Where would you like to see your music going in 5 years?

At this stage, I hope to still be doing what I love, and possibly use my experience in helping and collaborating with new artists. Though a lot can happen in 5 years, who can say? This past year has been so tough for all musicians, so I’m just eager to finally get back on stage, hopefully soon.

Do you have any exciting upcoming projects?

I’ve been working on some projects online with other musicians, one of which is a planned album release for a band, and I’m featured on some of the songs (as the female presence among the boys). I’ve also been writing and recording with my bandmate Phil Aherne, to perform and release some new material when things return to normal…fingers crossed.

In your opinion, what has been your greatest accomplishment so far?

Succeeding in simply doing what I love and making my family (and country) proud has been a huge accomplishment for me, among many. Overcoming my fear of taking risks and just doing it whatever it may be, as long as I’m doing music in some shape or form, that’s the ultimate accomplishment for me.

After living in Dublin for many years and being blessed with travelling the world as a musician, there’s really no place like home! I moved back to Limerick in 2016 and fell in love with this beautiful city all over again!