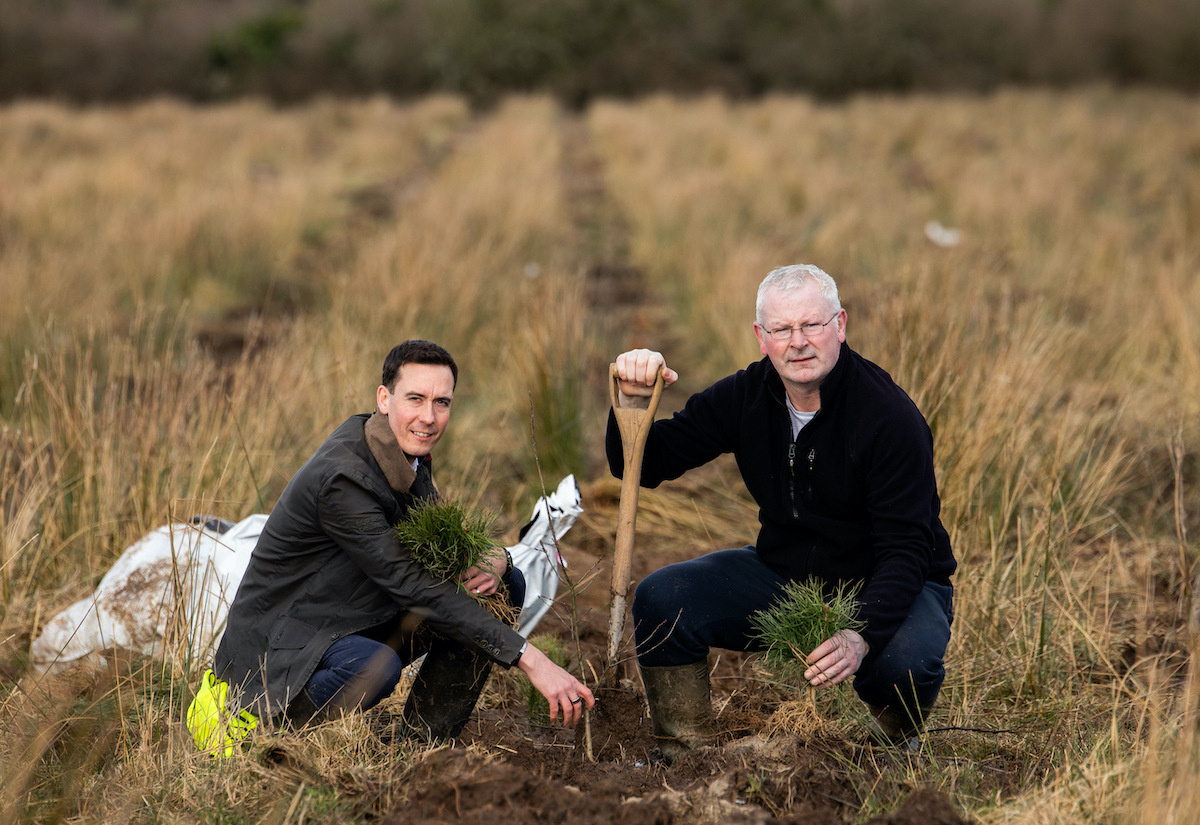 The LEDP Tree planting will offset over 4,000 tonnes of carbon emissions over a 100-year period

Limerick Enterprise Development Partnership (LEDP) will support the planting of 27,000 native Irish woodland trees across Limerick over the next 5 years.  The announcement coincided with National Tree Week, a week-long programme from March 20 to 26, to promote the benefits of planting trees.

LEDP has committed to embracing the UN Sustainable Development Goals as part of its new strategic plan. The LEDP Tree planting will offset over 4,000 tonnes of carbon emissions over a 100 year period, is one initiative that will allow the organisation meet its environmental responsibilities.

The total number of trees to be planted represents 1,000 trees for each year of LEDP’s existence up to and including the lifetime of the strategic plan in 2026.

The LEDP is supporting the planting programme through the Department of Agriculture’s Woodland Environment Fund (WEF), which is an initiative under which Irish businesses can partner with landowners and the Department to help create new native woodlands in Ireland.  It provides additional incentives to plant new native woodlands and supports the Government’s target to plant 22 million new trees a year until 2040.

Niall O’Callaghan, Chief Executive, LEDP said “At LEDP we want to meet our environmental responsibilities by preserving biodiversity and reducing our carbon footprint. The 27,000 trees in the next five years form part of our wider sustainability strategy and mean we can support the Government’s objective to plant 22 million trees annually each year until 2040. We are delighted to support this initiative which will have a long-lasting positive impact for our community and region.”

The LEDP Tree planting will be planted in various locations across Limerick as identified by LEDP’s partner SWS Forestry Services in conjunction with the government’s Woodland Environmental Fund Scheme. The native tree plantations will create a wildlife corridor for native species and enable grassland to revert to more natural vegetation, further enhancing biodiversity in the area.

Limerick Enterprise Development Partnership (LEDP) is now 22 years in existence and emerged from the ashes of the devastating closure of the Krups factory in 1998 with the loss of over 550 jobs. As a unique charity funded by its commercial property, LEDP has in that time successfully contributed to the social fabric of Limerick City South through job creation, training and education and is a key stimulator for enterprise development and regeneration.

There are now 35 enterprises and 1,000 jobs on-site at Roxboro with over €70M invested there since 2001. The new ‘Innovation Hub’ boasts a state-of-the-art training and education facility, and working closely with key education, industry and other stakeholders in the region will continue to act as a beacon for future job creation.

As well as accommodating charities, state agencies and commercial tenants in the LEDP building, LEDP runs the Family Tree Crèche in Roxboro which it built in 2005 and owns the Markets Field Stadium in Garryowen, which it redeveloped to a UEFA Category Two Stadium.

LEDP has been synonymous with the ongoing transformation of Limerick supporting community projects and bespoke initiatives and is a co-signature of the Limerick Charter: Commitment to Cohesion and Convergence.

For more stories on the LEDP, go HERE