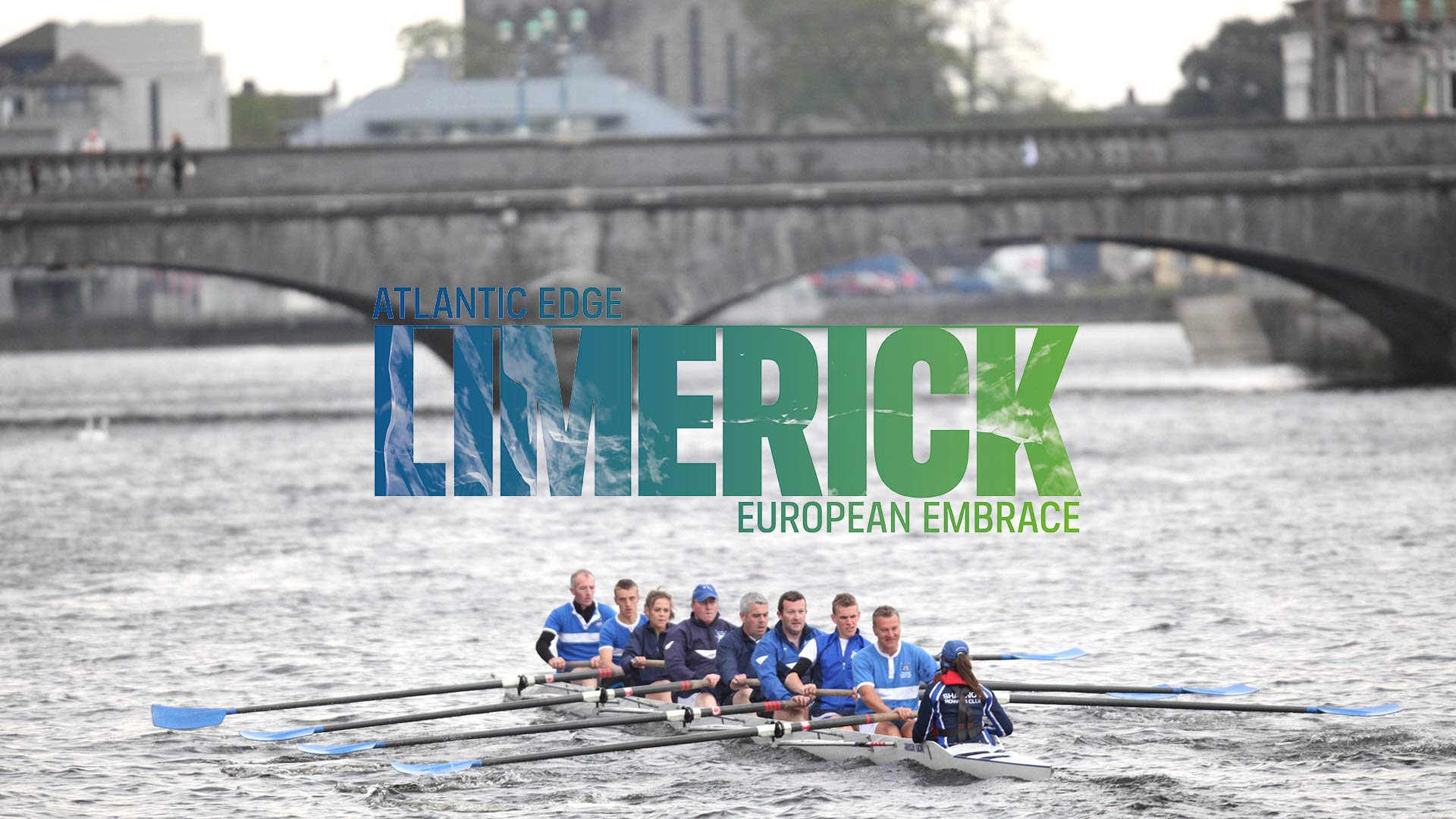 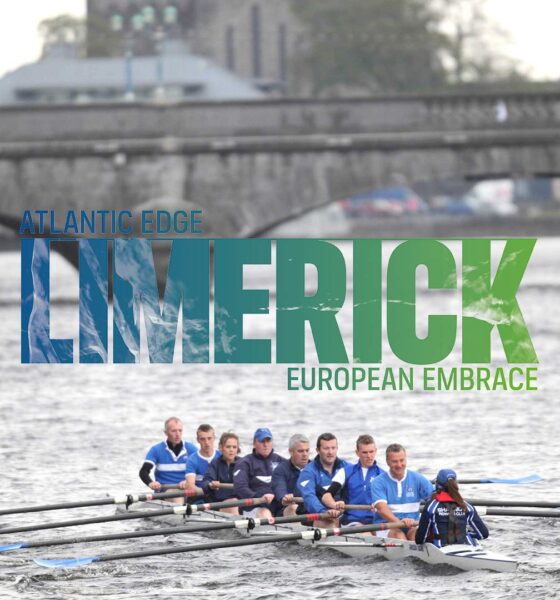 Limerick Atlantic Edge, European Embrace has been a huge success and there is so much more to come!

A year ago this week we launched Limerick: Atlantic Edge, European Embrace – the first major branding of the city and county to promote Limerick nationally and globally.

2020 was largely a year to forget, but we had many moments to remember… #LimerickEdgeEmbrace pic.twitter.com/H54fAmi7fB

In the toughest of times, Limerick showed its edge, and when people needed each other, they felt the embrace.

2020 was an emotional rollercoaster of a year, but the peak of the year was the success that Limerick Atlantic Edge, European Embrace has brought for Limerick city.

On January 30, 2020, Limerick declared a bold ambition for growth with the unveiling of a first-ever Limerick brand, positioning an international marketing campaign worth €1 million, promoting Limerick nationally and globally as a destination for inward industry investment, tourism, education and as a place for people to live and work.

Limerick offers energy, excitement, grit, and limitless possibilities from its Atlantic location, combined with the timeless, creative, and hospitable character of Europe.

Developed by global creative agency M&C Saatchi, the new Limerick brand positioning has internationalised Limerick, placing it at the most dynamic global crossroads and capturing the sense of warmth and resilience of a historic city and county. The launch of the brand was a huge success with the #LimerickEdgeEmbrace hashtag trending number 1 in Ireland on Twitter and reaching over 2.5 million at a national level!

A major multi-market campaign, ‘Percentages’, is a cornerstone of the programme which aims to quantify Limerick’s combination of edginess and friendliness.

Richard Lynch was honoured to be asked to be the Vertical Chair of the Local/Community Group and was asked to choose three Community Brand Ambassadors to help him in his task and is now working with three incredible women, Jayne Foley, Founder of Fresh International Film Festival, Linda Ledger, Manager St Munchin’s Community Centre and community activist Helen O’Donnell, co-founder of Team Limerick Clean-up.

Richard said, “I hope all Limerick gets behind this new branding in the hope of internationalising Limerick and sharing our people with the world.”

In February 2020, the Limerick brandmark was unveiled in New York to an audience that included representatives from the New York business and arts communities, Tourism Ireland, and the Limerick diaspora at the Irish Consulate on Park Avenue.

Fantastic group gathered for the US launch of the #LimerickEdgeEmbrace brand at the Consulate this evening. It was a pleasure to be joined by #Limerick Mayor Michael Sheahan and to hear about the great things Limerick has to offer! pic.twitter.com/tcy6QpOk66

Limerick City and County Council Head of Marketing & Communications, Laura Ryan said, “We’ve captured the essence of Limerick and we now take that story stateside to wherever we believe there are opportunities for Limerick. Today is a reflection of the new ambition that Limerick has.  The brand reflects the confidence of a transformed Limerick. One that welcomes all, that has grit, determination and resilience in abundance and one that is at the world’s most dynamic crossroads, where Europe and the Atlantic meets.”

Dr Pat Daly, Chief Executive of Limerick City and County Council, said, “This brand positioning and marketing campaign is a dynamic new asset for Limerick that will give us an edge to generate more inward investment, more tourism and more people to come and live and work here. They will join a city and county on an inspiring journey that will benefit all. Our ‘Limerick 2030: An Economic and Spatial Plan’ is a framework for the future. It was set in place in 2013, but we have already surpassed the job targets for it over a decade out. So now we go again, and this brilliant new asset is a timely and exciting lever to propel us forward.”

In honour of the new brand, a ‘Shop Limerick’ campaign was launched, local festivities such as Christmas 2020 were celebrated by decorating the city with glimmering light that lit up the city, and a ‘Limerick 50 Days of Summer’ competition gave away 50 unique Limerick experiences varying from exhilarating horse rides to farmhouse hideaways, from medieval marvels to magical fairy forests, everybody was able to have a getaway without having to leave Limerick! This event successfully reeled in over 84,000 competition entries and over 9000 newsletter opt-ins.

Shop Limerick connects buyers and sellers across the county.

Browse and buy from your favourite local retailers: https://t.co/dy2ErkuHh8

The amazing work achieved by the Limerick City and County Council and community of Limerick was successfully represented through the Limerick Atlantic Edge, European Embrace brand and its launch. This is only the beginning of presenting an honest and positive reflection of Limerick for how great it really is. Congrats to all and here is to a bright future for the very unique and beautiful brand that is Limerick!

Laura Ryan added, “Once the initial crisis had been averted, we needed to work together to replace international tourism revenues with a domestic push. We’re currently planning a new domestic marketing campaign to promote Limerick as a summer break destination in 2021. This will be launched over the coming weeks, but it’s difficult to give a date due to restrictions. We’re also working hard to promote Limerick as a great place to live and work by highlighting all the positive news and investments taking place in the region.”

Related Topics:Limerick City and County Councillimerick edge embrace
Up Next