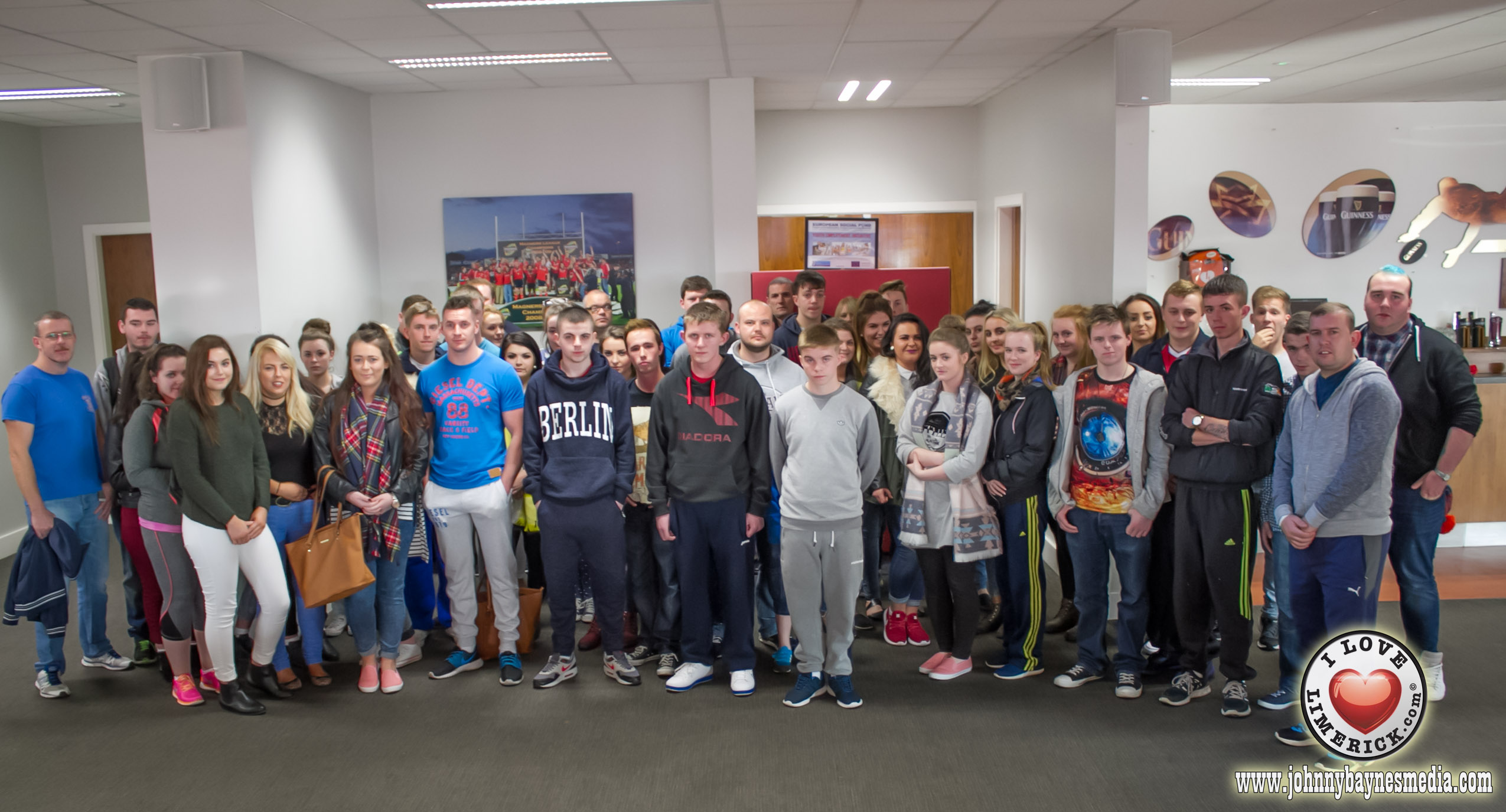 Pictured: Just some of the 228 students to receive a bursary award from the Limerick City Community Development Project this Thursday evening at Thomond Park Stadium. Picture: Johnny Baynes.

Over €51,000 has been distributed to 228 students throughout Limerick to help them either take up place or remain in third level education through the Limerick City Community Development Project Bursaries.

The Limerick City CDP bursary awards took place this Thursday in Thomond Park, where students were presented with cheques ranging from €150 to €450, depending on circumstances.

Limerick City CDP, as part of the Social Inclusion and Activation Programme (SICAP), works to provide support participate in and benefit from life-long learning opportunities through the use of community development approaches.

Juan Carlos Azzopardi, Limerick City CDP Project Leader, spoke at the awards, thanking everyone for their involvement support, and commending students on their efforts to further their education.

The organisation, which began with The Millennium Fund, secured by PAUL Partnership, has been providing support to local students for 15 years, with the awards presentation now in its second year.

“The bursary scheme is part of our approach to help students from areas who have traditionally had low uptake in third level to access and progress beyond the Leaving Cert,” he said.

Among the groups who provided funding for this year’s bursaries were; Limerick City and County Council through Regeneration Social Inclusion Grants, Limerick Institute of Technology (LIT), the JP McManus Foundation, Our Lady of Lourdes Local Education Committee and St. Vincent de Paul.

Thanking these groups, Mr Azzopardi said: “We believe these bursaries are not only helping the individuals who receive them but are making a contribution to helping children at risk of leaving school early to remain on and progress beyond their leaving cert.” he concluded.

fDr Maria Hinflaar, President of LIT, spoke at the awards, saying that the institution is proud to be associated with such an event and organisation.

Supporting the aim of the group, Dr Hinflaar was adamant that LIT’s involvement was not a promotional effort, but was made to fully enhance third level education in the community.

“I don’t mind if you go and study at UL or MIC or UCC. We leave it up to the Limerick City CDP to decide where the money goes.

“The money is to support members of the community as they take that journey with education.” Dr Hinflaar concluded.

For the first time since its establishment 15 years ago, students from Garryowen were included in the bursaries.

Jennifer McMahon, Limerick City CDP Chairperson and Garryowen local, was “delighted” that her home region was included this year.

“It’s great to see the bursaries going to areas in the city that have often been neglected.

“It’s really important that the CDP contributes to developing community aspect of education,” she said.