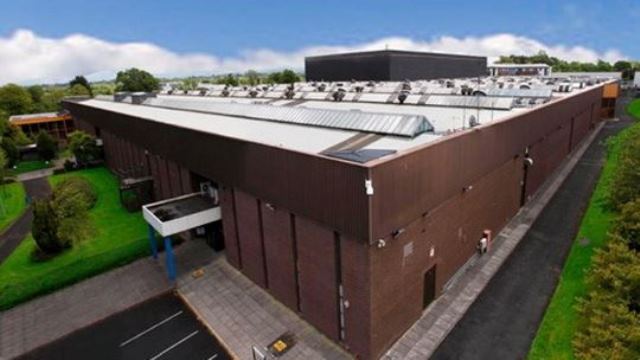 After months of speculation it has been confirmed today that Limerick City and County Council have signed an agreement which will clear the way for the 340,000 sq ft former-Dell building in Castletroy on the edge of Limerick City to be converted into a film and television studio.

Limerick City and County Council has confirmed that it has signed Heads of Agreement with Troy Studios, subject to planning permission, for a long-term lease of the former Dell Factory in Limerick.

The proposed studio facilities in Limerick include the use of the 340,000 sq ft building in Castletroy, previously used as The Culture Factory for Limerick City of Culture 2014.  The intention is for Troy Studios to be a fully-fledged leading studio facility to cater for film and TV productions by the end of Q2 2016.

“We’re delighted to be working with Troy Studios in facilitating the company in its plans to establish a significant media hub for film and television production in Limerick,” commented Conn Murray, Chief Executive, Limerick City and County Council.

Mr Murray continued: “This is an extremely welcome development as it presents a diverse range of opportunities for the wider arts, crafts and culture sector in the region, and particularly those undertaking third level digital media courses in Limerick.”

It was origionally believed that the studio would be run in conjunction with Ardmore Studios in Bray, Co. Wicklow – who would lease the facility from the council’s development vehicle, Innovate Limerick.

Limerick Leader reports that these plans have been tweaked, and that Ardmore Studios’ chief executive, Siún Ní Raghallaigh and its joint owner, Ossie Kilkennyand producer John Kelleher have become directors of a new company, Troy Studios Limited – which has been specifically established to work on projects for the Limerick facility.

The development is expected to create 750 new jobs and contribute €70m to the local economy.

Siún Ní Raghallaigh has said that Ardmore has had to turn away business in the past, due to its limited capacity.

She commented on today’s announcement: “The availability of appropriate full service studio space in the country is a restraining factor for Ireland’s audio visual sector’s growth. Today’s announcement is an important step in the right direction to redress that imbalance.

The head of Disney in Ireland warned in April of this year that a lack of studio space could lead to the country missing out on new investment opportunities.

Limerick City and County Council purchased the old Dell building for €5.5m in May – it hopes that the studio will be fully operational by the end of the second quarter of 2016.

New movie Cavity on its way to Limerick soon

The Limerick based Irish Chamber Orchestra to perform throughout Ireland before embarking on a tour across the US.