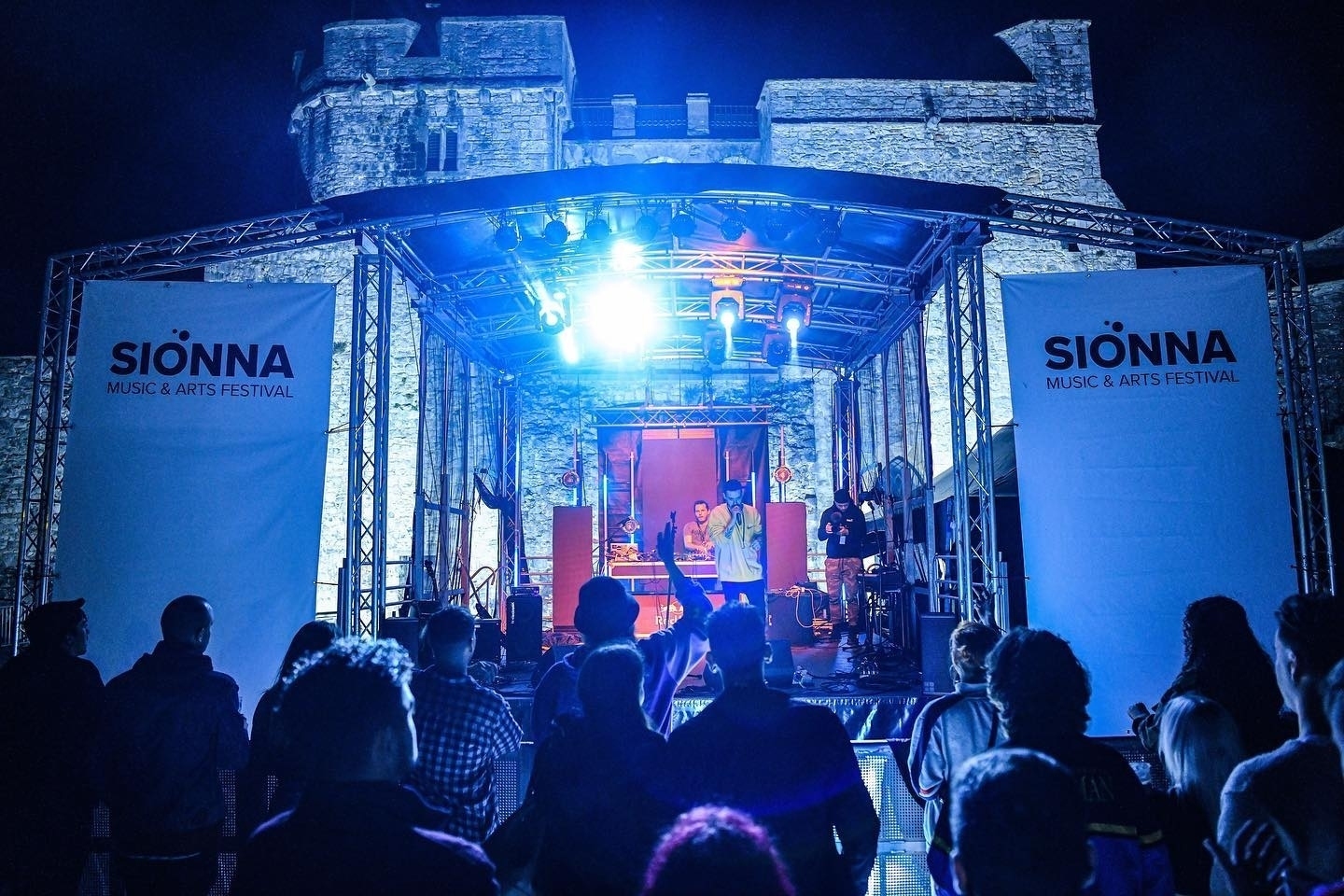 Limerick Hip Hop – Krome performing during the SIONNA Music & Arts and Give Us The Night concert at King John’s Castle. Picture: Diarmuid Greene

This year’s Limerick ‘Culture Night’ weekend was dominated by Limerick hip hop, with an energetic and vibrant, city-wide return to live performance. The weekend saw contributions from breakdancers, DJ’s, vocalists and rap artists take place at several locations, from The Milk Market to King John’s Castle, in an effort to display hip hop as the top category of Limerick’s entertainment exports.

TOP 8 Street Dance held a day-long, live-streamed ‘Performance Platform’ on Sunday, September 19 at the Irish Aerial Creation Centre, Limerick City. The event showcased Limerick’s well-established hip hop dance scene, as well as performances from other dance cultures and artforms. Some of the city’s top MC’s and hip-hop artists, such as Citrus Fresh and Krome, performed at the platform.

The group also hosted a dance battle at the launch of Culture Night in the Milk Market on Friday, September 17. Angelo Cris Bangay of the Limerick hip hop dance school Limerockers Cru won the battle. Cris travelled to Russia to take part in the European Breaking Championships in June this year.

“Mainstream media has shown a side and pushed a narrative of hip hop that doesn’t hold true to the origin of the artform, so we strive to repaint a healthier more inclusive picture of what Hip-Hop culture really is,” Deborah told I Love Limerick.

“This weekend, we feel we authentically expressed that at our Performance Platform. To be able to do this in our hometown of Limerick is a privilege. We also got to showcase Top 8 and what we do at the Milk Market on Friday evening, sharing with all age groups the core values of Hip Hop culture – peace, love, unity and having fun.”

From Thursday to Saturday, September 16-18, Limerick’s hiphop community gathered for ‘SIONNA’, a music and arts festival which aimed to bring culture back to the city after the Covid-19 pandemic.

#Limerick you are looking stunning tonight. @KingJohnsCastle is one of the great Irish venues.

At the festival launched on Thursday night at Dolan’s Warehouse, Limerick rapper Strange Boy performed his debut album Holy/Unholy on stage for the very first time. The Rubberbandits’ Blindboy Boatclub also appeared, conducting a special interview with Give Us The Night representatives Sunil Sharpe & R. Kitt. Give Us The Night is a volunteer group of music industry professionals, campaigning for positive changes to nightlife in Ireland.

On Friday night, Limerick hip hop dominated the courtyard of King Johns Castle for the first time, with artists Krome, Rumi, Citrus Fresh and Enda Gallery welcoming a sold-out crowd back to culture and back to gigs.

“It was great to be involved in so many Limerick hip hop events over the weekend,” rap artist Krome told I Love Limerick.

“It was an honour to play King Johns Castle on Friday night and to play at the Top 8 Street Dance event on Sunday. It’s great to see gigs come back, and for hip hop to be at the forefront of that.”

Limerick has become a hot spot for hip hop over the past decade, with eyes turning on the Treaty City due to such acts as The Rubberbandits, Russangano Family, Hazey Haze and Denise Chaila. The growth of the genre’s audience in Limerick has been steady, and with such a plethora of talent on the up, looks unlikely to slow anytime soon.