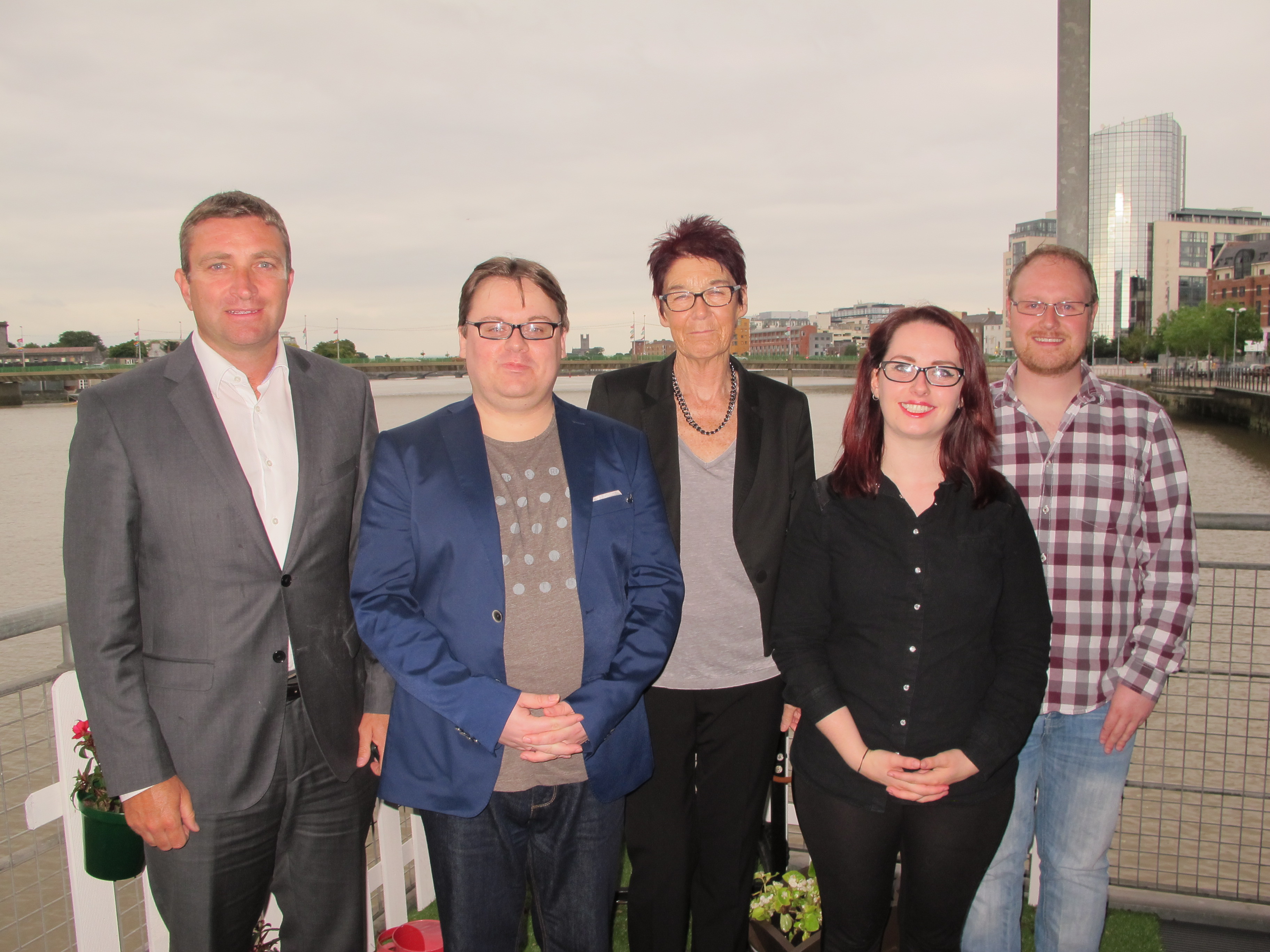 The annual Limerick Pride debate concerned itself with “LGBT Rights and the Campaign for full Equality” this year. Chairing the discussion was Adam Long, board member of the National LGBT Federation, Ailbhe Smyth for Marriage Equality, Limerick TD and Fianna Fail Spokesperson on Justice and Equality Niall Collins, USI Equality Officer Annie Hoey, and Limerick Pride’s own Breandán Ó HÉamhaigh.

“Pride is born from politics.” Limerick Pride representative Breandán said, welcoming the attendants of the event on behalf of the organisers. “Pride was born from the 1969 Stonewall Riots, so political debates [as this] are vital to pride.”

“I was very glad and very honoured to have been asked by Limerick Pride to chair this event.” Adam Long said in his opening statement, before introducing the first topic of the evening, the campaign for marriage equality. He stressed that the youth vote was vital to the campaign, and that many young people believe that marriage equality already exists, making it important to stress the reality of the situation and mobilising the youth vote.

The general consensus with all panellists of the evening was that the campaign was going to be difficult. Despite the public support hinted at in public opinion polls, as previous referenda show that the undecided voters make up their minds in the week before the referendum, meaning a victory is anything but secured at this point in time.

Ailbhe Smyth argued that the referendum itself was simple. “It is going to be a very straight forward referendum, you’re either for equality, or you aren’t.”

Unlike previous referenda however, this is one that is highly personal to Irish LGBT people, as well as their families and friends, and it’s the personal stories of each and every member of the LGBT community and their families that need to be told to stress the importance of this, that the through the referendum people will be saying “yes”, or “no”, to the relationships of their LGBT friends’ and family members’ relationships.

Annie Hoey probably spoke everybody’s mind when saying: “It’s about much more than marriage equality. It’s about the future we want to live in; this is a stepping stone towards equality for everyone.”

Marriage Equality being just another step on the long road to equality held to be true, as the discussion moved on to the other areas LGBT people will still need to campaign on when the referendum next year is over and done with: legal recognition for members of our transgender communities, and the long fight to stop discrimination through Section 37, which exempts religious run schools and hospitals from abiding by the equality statute, effectively allowing them to discriminate against LGBT people, as well as people who are not of the catholic faith.