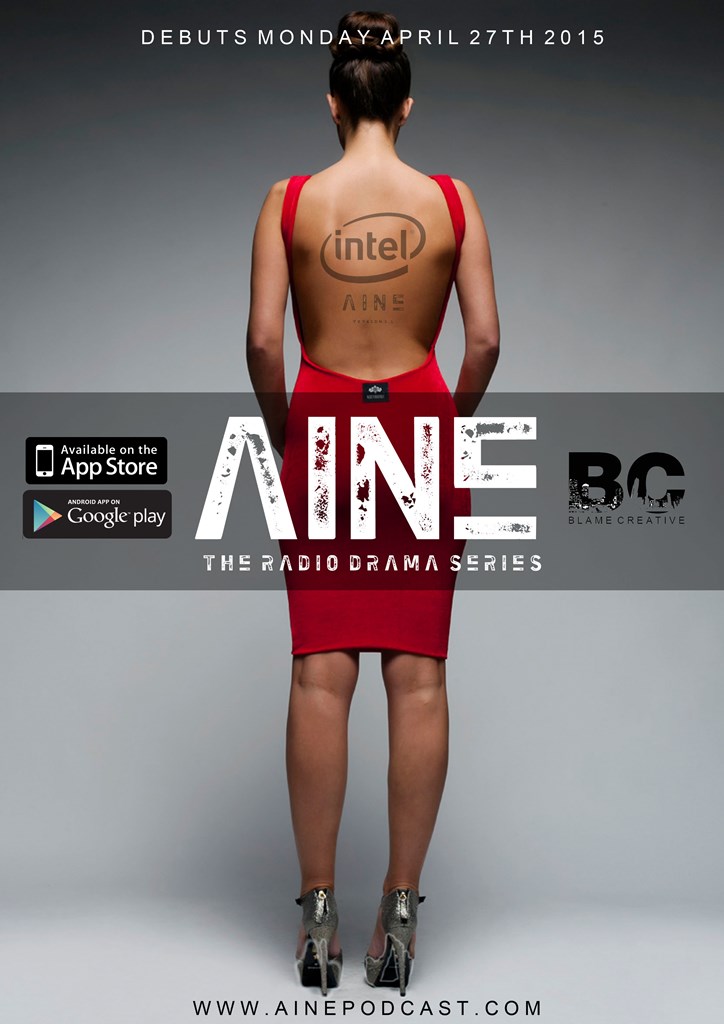 In January 2015, Dublin based Media Production Company ‘Blame Creative Media’ chose Limerick as a central hub for the production of their forthcoming app exclusive radio drama series ‘A.I.N.E.’ A.I.N.E. is based around the daily activities of a faulty Human-Robot Hybrid adjusting to life in contemporary Ireland. Although AINE appears as a smart and sophisticated 30 year old, the reality is… she’s not the sharpest tool in the box. Can artificial intelligence and Irish society co-exist? Is it all going to end in tears? With brand new episodes each and every Monday, listeners can expect to hear Ireland’s first A.I. bring awkwardness to a new level.

A.I.N.E. (Artificial Intelligence Night Eight) was a joint development between the European Robotics Research Network (ERRN) and Science Foundation Ireland (SFI). The project was led by Dr. Clive Clayton and based in Madrid, Spain. The ERRN and SFI hope to integrate A.I.’s into modern society as part of the Irish Government’s “robotics strategy”. In doing so, Irish President Michael D. Higgins aims to encourage the country on towards securing a large percentage of a multi-billion Euro industry.

Company owner Kay Fabem commented on why Limerick was chosen as a location for production: “As somebody who was born and raised in Limerick, I wanted to give something back to the community. The obvious thing for us to do would have been to go to the “who’s who” of Irish voice actors. As a fan of the underdog, and the voices that go un-heard, I decided to take that route instead.”

In terms of casting for series one, Fabem explained the selection process: “When we set out to cast for this series, we were adamant about finding the best raw talent Limerick had to offer. In doing so, we took an innovative approach to recruiting the cast. Instead of going to the top of the acting chain, we opted to start at the bottom. We also decided to stray from the age old open audition; instead opting to sit in on local acting classes, community plays, and in some cases recruit from the local bars”.

A.I.N.E will be Ireland’s first app exclusive radio drama. Series one launches this coming Monday, April 27 and is free to download from all app stores: Google Play Store, Apple App Store and Windows Phone App Store. Once users have downloaded the A.I.N.E. app, they will have exclusive access to ‘AineVision’. This feature allows app users to see the world through A.I.N.E.’s eyes. The ‘AineVision’ live feed can happen anywhere, any time.

Parnell Plaza on Parnell Street takes the Limerick Tidy Towns Monthly Award for April 2015 and Overall Winner for 2014 is finally to be revealed!