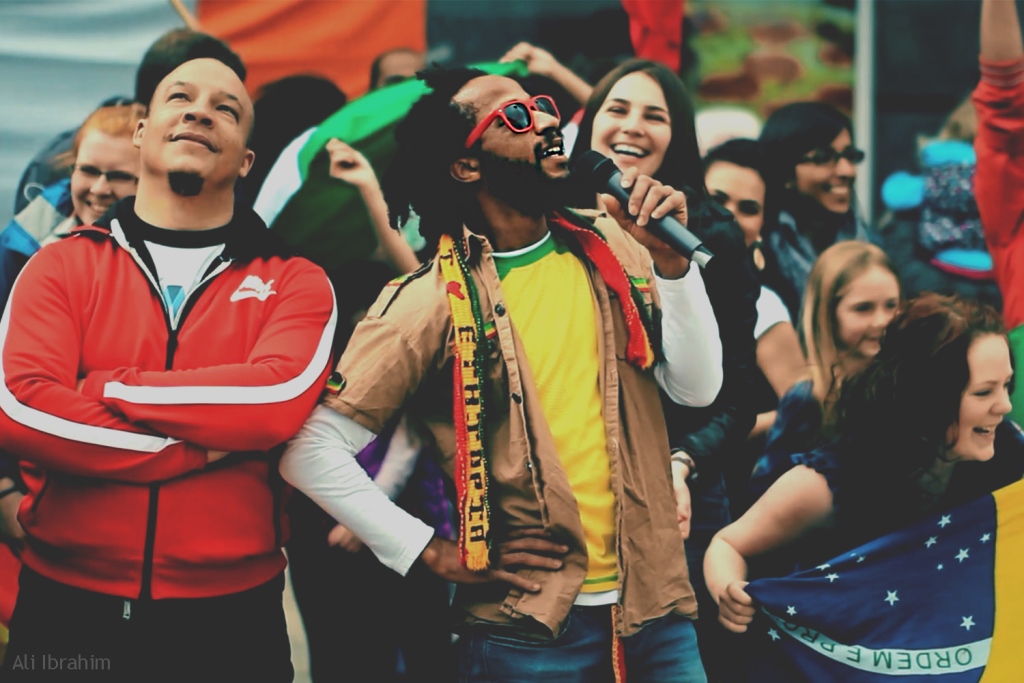 On Saturday April 11, Limerick Students: Our City, Our Culture was launched. This is a collaborative initiative driven by Higher Education students in the University of Limerick, Limerick Institute of Technology, and Mary Immaculate College.

The initiative is co-ordinated by the Community Liaison Officer at UL, Gabriella Hanrahan. Its main objective is to profile Limerick City as a vibrant, intercultural student city.

Saturdays event opened this conversation with the city by displaying and showcasing the intercultural diversity of Limerick’s student population, through music, dance, song, symbols, rituals, costumes and of course flags. Ras Mikey Courtney, PhD candidate at Irish World Academy of  Music and Dance in UL, directed the entire performance which included the audience in a final flash performance. Ras and his fellow students continuously wowed the audience with a variety of performances and rituals for over two hours. The feedback from the audience was so engaging and extremely positive that Ahmed Hassan, the LIT student co-ordinator is already planning next year’s event. Moreover, the Mayor of Limerick Michael Sheahan has expressed his commitment to continuing the conversation.

For more information on Limerick Students: Our City, Our Culture, you can check out their Facebook page here.