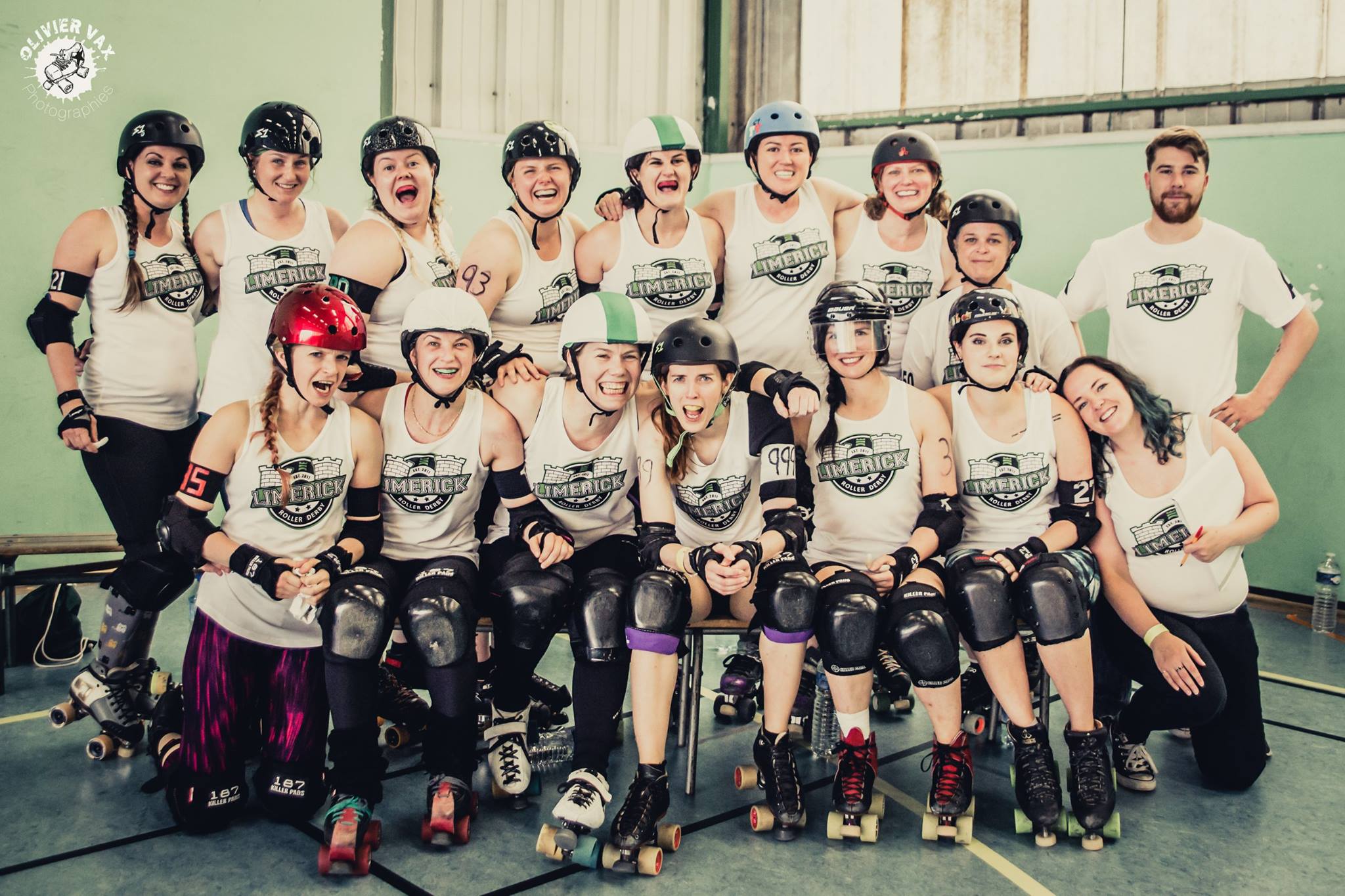 Limerick Roller Derby has been part of the Limerick community since 2011. The club plays roller derby at a national, European and international level. As a WFTDA (Women’s Flat Track Derby Association) apprentice league Limerick Roller Derby is structured based on the mission statement of “by the skaters, for the skaters”. In May 2016 LRD revealed a new logo which demonstrated a shift in representation from “Limerick Roller Girls” to “Limerick Roller Derby”. The aim of this rebrand was to encompass the club’s pride in being part of the Limerick community, represented by the turrets of King John’s Castle and the 3 Limerick city bridges crossing the Shannon River. The new logo demonstrates LRD’s inclusive environment irrespective of race, nationality, age or gender. Limerick Derby Paris victory

Roller Derby is a contact sport played on roller skates by two teams of five members roller-skating in the same direction around a track. Game play consists of a series of short matchups, or “jams” in which both teams designate a scoring player, the “jammer” who scores points by lapping members of the opposing team. The teams attempt to hinder the opposing jammer while assisting their own jammer – in effect, playing both offence and defence simultaneously. Limerick Roller Derby Paris

Limerick Roller Derby travelled to France to partake in the Summer Games #2 tournament in Paris. They were the only team to win all 3 of their games and were subsequently awarded a gold trophy for winning the tournament. After the Irish football fans won the hearts of the French people, LRD were similarly welcomed with open arms. LRD look forward to inviting the host team, Luteces Destroyeuses Paris, to play a return game here in Limerick, providing they can secure a home venue in 2016. Limerick Roller Derby Paris

Tournament Results were as followed: