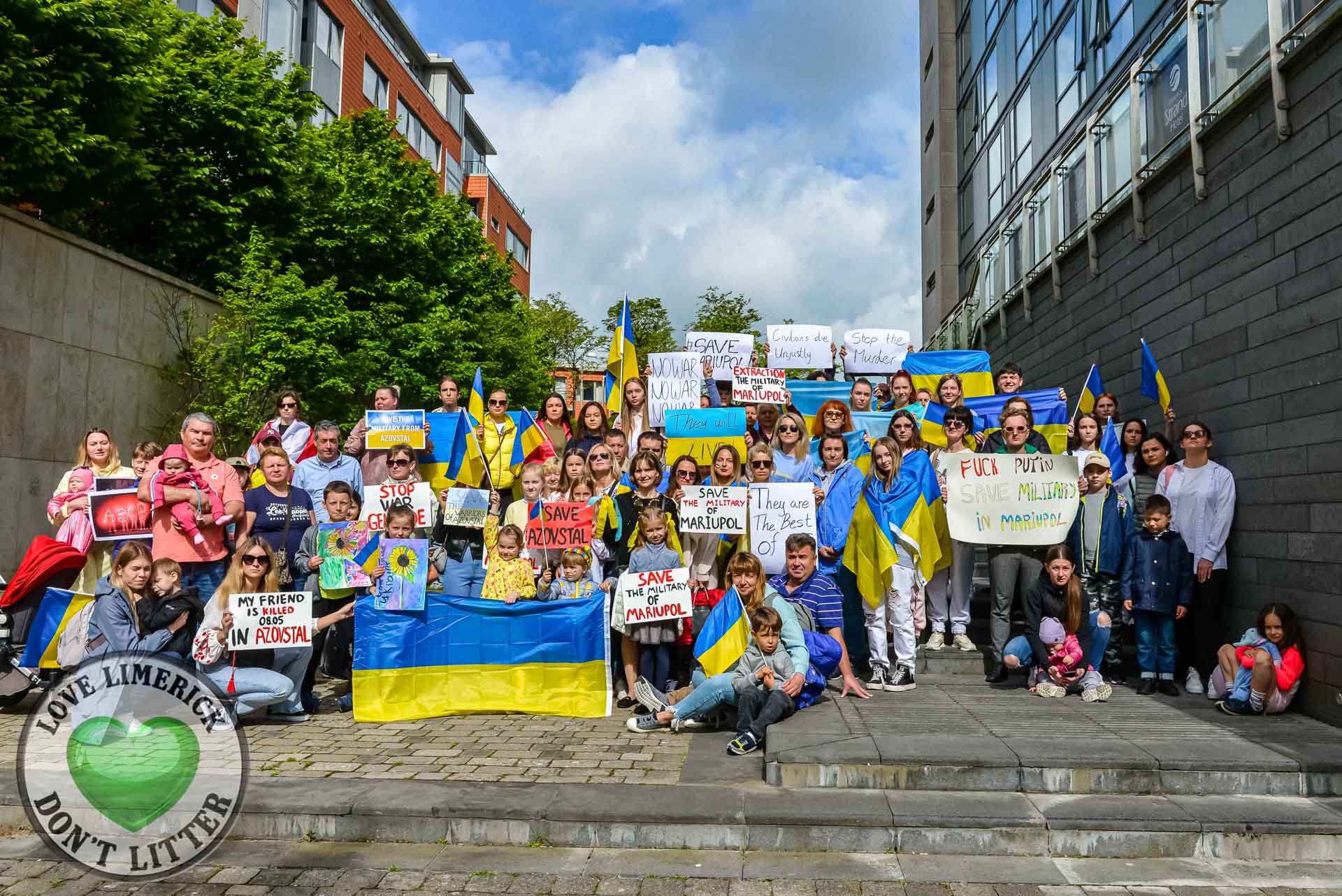 Ukrainians gathered in a peaceful Limerick Save Mariupol protest on Saturday, May 14 to urge for peace in their home country.

The group gathered at O’Callaghan Strand to protest for the people of Ukraine on the frontlines and those who find themselves fighting in Mariupol.

The  Limerick Save Mariupol protest was prompted following the surrender of more than 260 Ukrainian soldiers who were holed up in the Azovstal steelworks plant in Mariupol for 82 days.

By holding these steelworks, the Ukrainian soldiers prevented Russian forces from swiftly capturing the Southern City of Zaporizhzhia but after severe shortages of resources were forced to surrender after a difficult battle.

During the protest, passers-by shared messages of encouragement to the protestors by honking their horns, cheering as they drove past the group and stopping to offer their solidarity and support.

There were few words said at the march including Ukrainian refugee Anastasiia Filippov who shared the pain of losing her friend Artem Mosha, a boxing champion from Kyiv, who died during the defence of Azovstal.

“It was really important to gather in support of the Azovstal warriors they have been defending the plant since the beginning of the Russian full-scale invasion,” said Olena Oleksienko, a Ukrainian refugee on the protest.

“Now phosphorus bombs are being dropped on the plant and they are constantly fired, and they have no food, no water, no medicine and even the smallest wound can lead to amputation due to the lack of antibiotics, but Ukrainian men and women do not give up as they fight for their land and their people.”

“I hope that the support of Ukraine will lead to the end of this terrible war.” She continued.