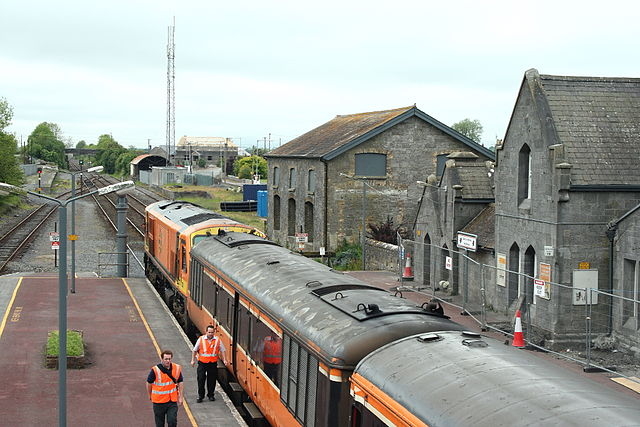 Limerick to Ballybrophy railway line works are to be completed by the end of this year, as a result of an additional €6.4m in funding.

The improvements to the Limerick to Ballybrophy railway will include a 9.5 kilometre track renewal

The Department of Transport has secured a €6.4m funding allocation for the Limerick to Ballybrophy railway line, which will see ongoing renewal works completed by the end of this year.

The 91.5-kilometre line has been in operation for more than 160 years and connects Birdhill, Castleconnell, Nenagh, Cloughjordan, Roscrea and Ballybrophy, where it joins the Dublin to Cork main railway.

While the railway is geographically a shorter and more direct route from Limerick to Dublin, it is plagued by speed restrictions near Limerick City. The upgrades hope to deliver improvements in journey times once completed.

Speculation as to whether or not the railway line would be decommissioned began over a decade ago, so the funding of renewal works is welcome news to Ballybrophy line users.

They have consistently lobbied Irish Rail to also improve the Ballybrophy line’s timetable to suit casual and professional commuters, as it is currently only scheduled twice a day.

The funding will allow track improvements to be made, including upgrading the track from a jointed track on timber sleepers to a continuous welded rail on concrete sleepers.

“This is very welcome news that this track renewal will be completed by the end of the year, critically reducing journey times and increasing safety along the way,” Minister Eamon Ryan said of the announcement.

“One of my key focuses is the regeneration and improvement of rural public transport, linking our towns and villages to nearby cities and hubs, in this case, Limerick, making it easier for people to choose public transport for work, shopping or leisure.”

Until the works are finished, bus services will be operating at the same times, with the exception of the 7.45am Nenagh to Limerick service. Instead, the replacement bus will depart at an earlier time of 7.30 am and will reach Birdhill at 7:52 am.