By Richard Lynch on February 2, 2016@richanthon 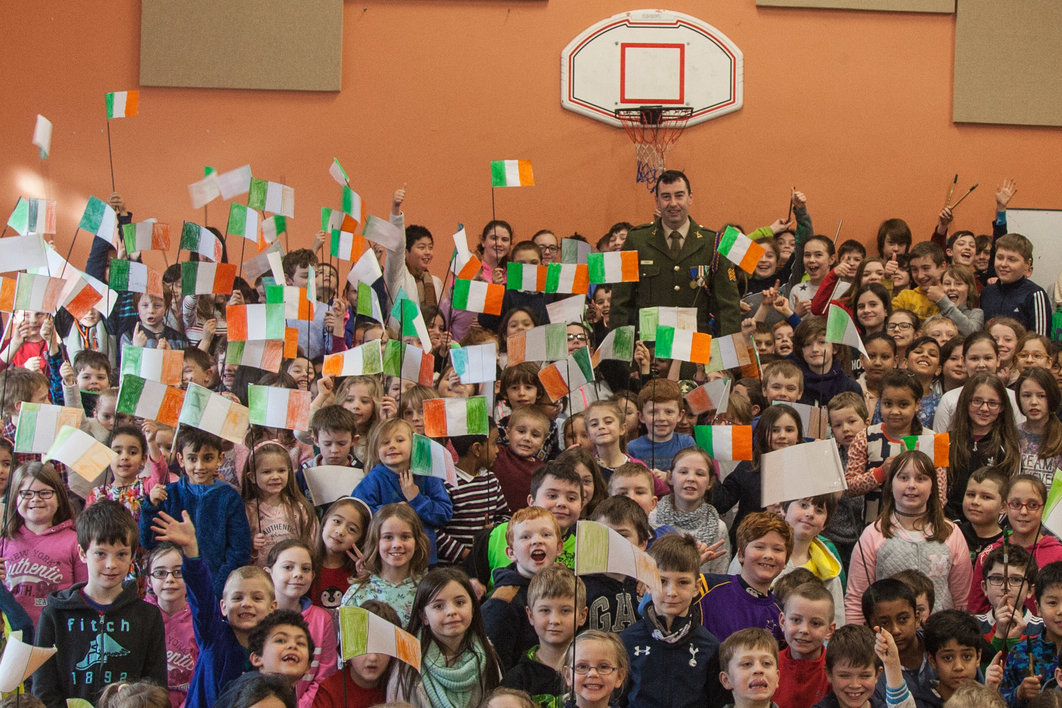 In marking 100 years since the 1916 Easter Rising, Limerick School Project received a National Flag and copies of the 1916 Proclamation in Irish and English

As part of this initiative, all the primary schools in the country will raise their flags on Tuesday, March 15, in a nationwide commemoration of 1916.

Sergeant Dinan was received by the entire Limerick School Project community. Following a short talk by the sergeant on how the National Flag should be cared for, the children drilled Sergeant Dinan with a barrage of questions, such as ‘how old is the Irish flag?’, ‘do the Irish army fight wars’ and ‘what is the most boring part of being a soldier?’. 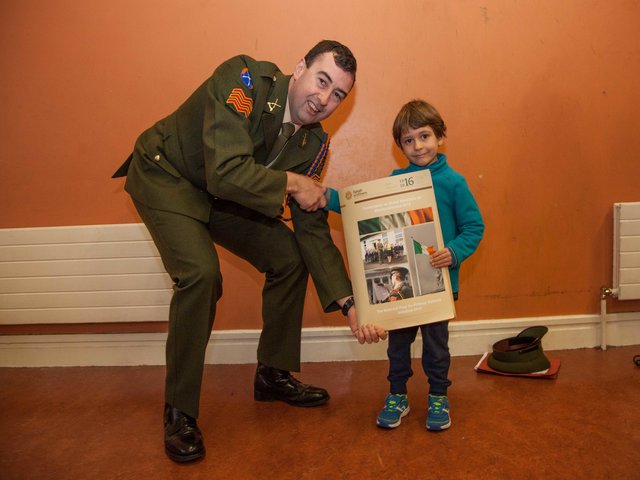 Eventually, principal Orla McCoy rescued sergeant Dinan from the constant fire of children’s curiosity and announced that it was time for the school to perform the music that they had prepared for the Sergeant’s visit. Following the children’s performance the entire school community came together to sing the patriarchal ‘Amhrán na bhFiann.’

Commenting on the visit by Sergeant Dinan principal Orla McCoy said, “Sergeant Dinan’s visit was an excellent opportunity to teach the children about the history of the Irish flag and to instill pride and respect for Ireland. We will be very proud to raise our new Irish flag as part of the National School Flag Initiative on March 15.”

The aim of the Limerick School Project 1916 Commemoration was to honour and show respect to all traditions on the island of Ireland. The Limerick School Project 1916 Commemoration also recognised that developing a greater understanding of our shared history, in all of its diversity, is vital to developing empathy and respect for our foregone ancestors and moving on to build a shared future.
2016 is a year for every Irish man and woman, home and abroad to come together and take pride in our deep rooted history, regardless of political views, family background, or personal interpretation of our modern history.

Find out more about the Easter Rising 1916 here