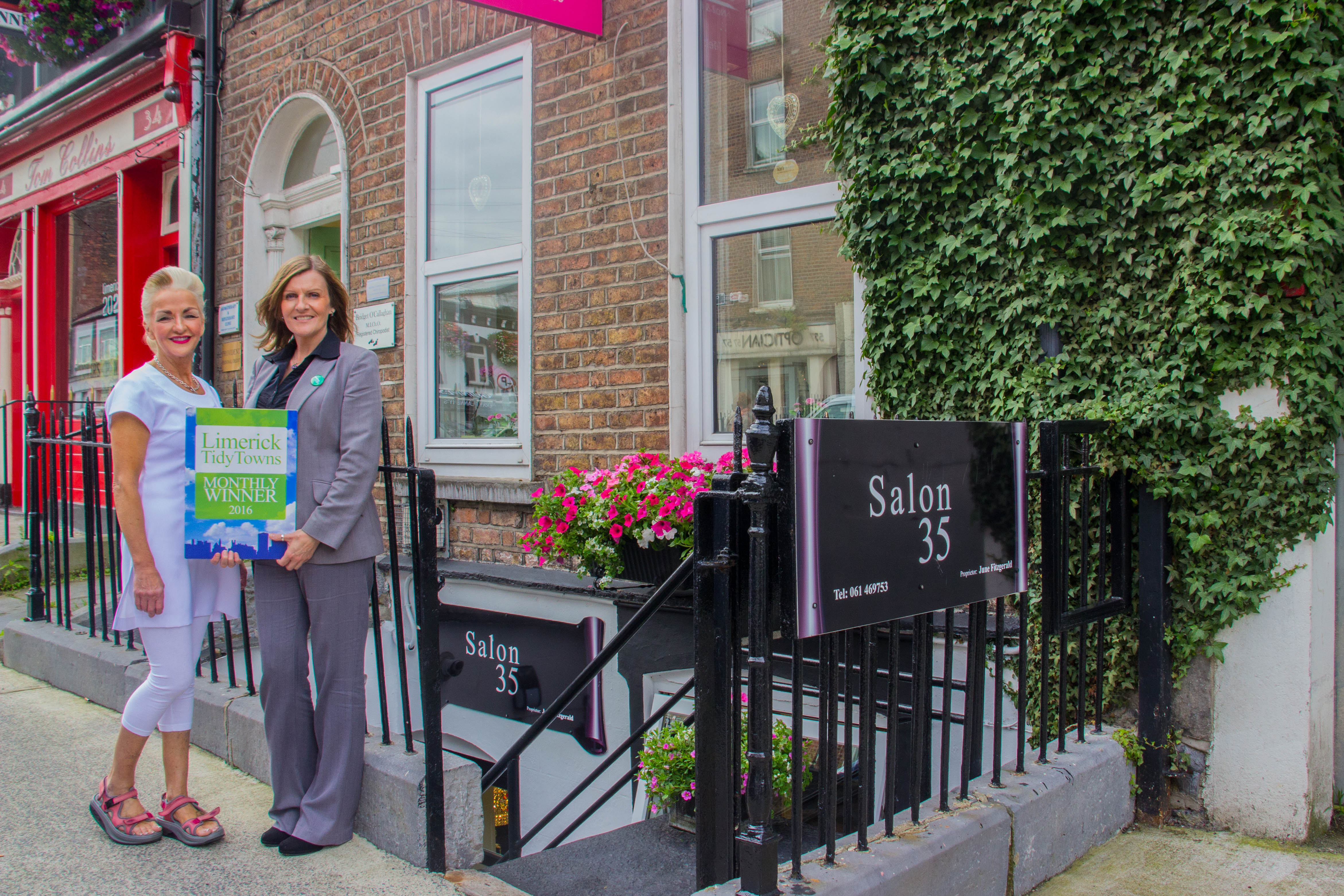 Maura O’Neill of Limerick Tidy towns says, “Each year we like to include a basement property as one of our monthly winners to show just what huge potential these premises offer when properly redeveloped and maintained, and Salon 35 is a perfect such example. It is quite clear that June and her staff take enormous pride in the appearance of their basement, from the signage at street level to the traditional iron stairway, floral displays and spotless paintwork below, all of which welcome clients into a bright modern salon. Although we have made huge strides in cleaning many of the badly littered basements in Georgian Limerick, if other basement owners took as much pride in their properties as June does, our job would be made so much easier, and Limerick as a whole would benefit greatly from not having unsightly littered and derelict basements. Even June’s lovely reaction to the news that her hard work was being recognised by the Tidy Towns Committee was proof of how much it meant to her, and indeed she also expressed how much she would love if all basement owners followed suit.”

Salon 35 opened in 2011 and offers a comprehensive range of hair styling and treatments at competitive prices. June along with her colleague Lee have a loyal customer base and the salon is well known for its friendly local business atmosphere, whilst being located in the heart of the city. For further information or to book an appointment, please call June on 061 469753, or simply drop in.

Salon 35 is the seventh Limerick Tidy Towns monthly award winner for 2016, following Silverwood Jewellers in January, Rebecca Leahy Opticians in February, M&C Property in March, Ryans Jewellers in April, The Cauldron Bar in May and the Tritonville Garden in June.  All monthly winners for 2016 will be in with the chance of winning this year’s overall prize at our next annual event to be held early in 2017.

If you wish to volunteer with Limerick Tidy Towns they meet every Sunday morning at 11 am at the corner of Thomas Street and O’Connell Street, and on Wednesday evenings at 6 pm outside the White House for the duration of the summer.

No15 Le Maison de Curio is any fashionistas heaven