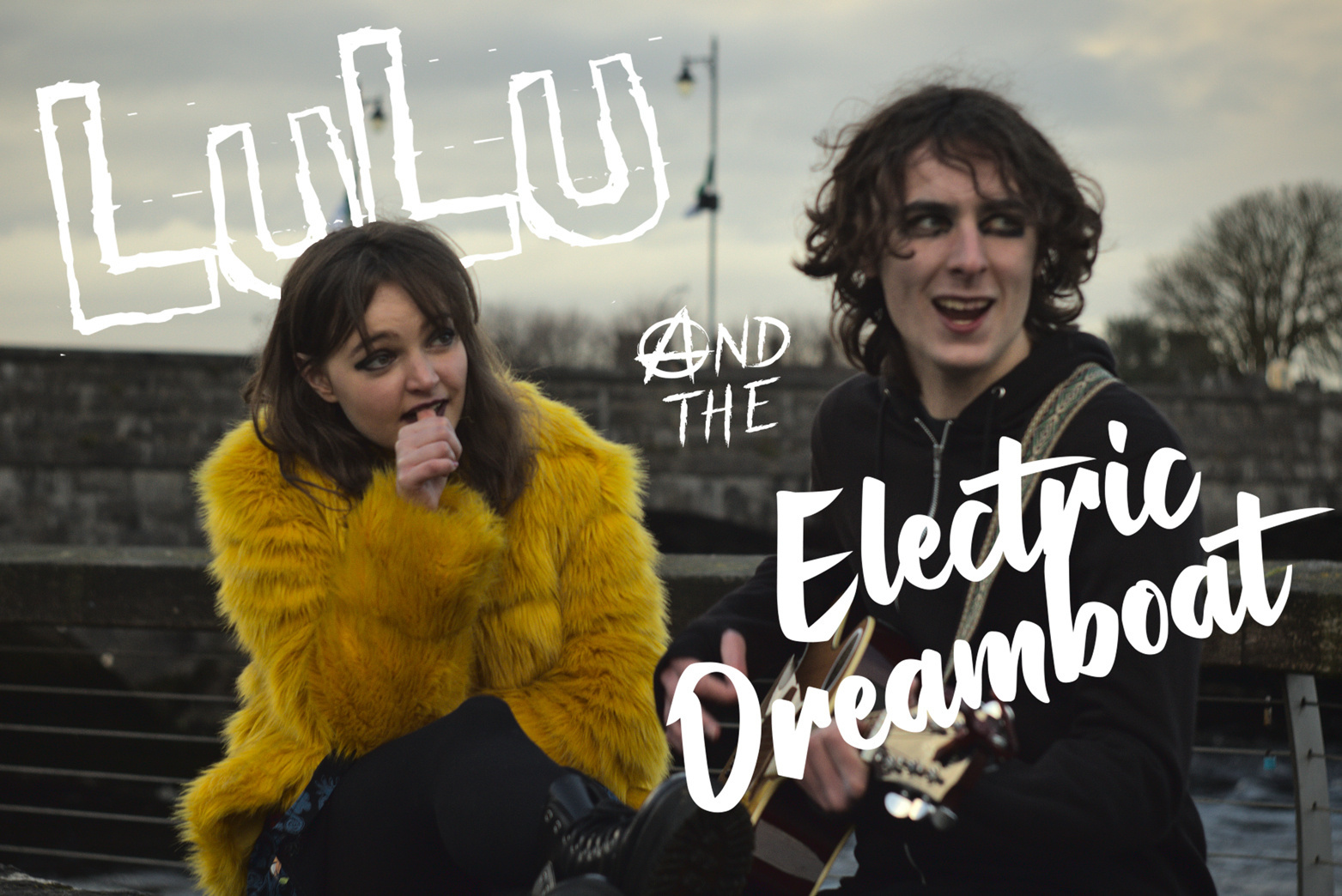 The film features Owen Colgan and Johnny Vivash, pictured above.

The creators of The Perished and Results Night are making a new feature film and it’s a pop punk odyssey called Lulu and the Electric Dreamboat.

Limerick based production company Celtic Badger Media are crowdfunding for their fourth feature film, Lulu and the Electric Dreamboat on Kickstarter from the 22nd of August, through to the 21st of September 2021. The creators, Michael Casey and Paddy Murphy have amassed credits on over 6 feature films and a dozen short films, many of which have played festivals all over the world.

Paddy Murphy’s most recent feature, The Perished, had its world premiere at the UK’s largest horror film festival, Frightfest in 2019 and subsequently won awards at the Unrestricted View Film Festival in London. Michael Casey’s debut feature, Results Night, was one of the first feature films to be uploaded directly to Facebook free to watch.

The duo’s new collaborative effort, Lulu and the Electric Dreamboat, came from an original story by Michael Casey, with Paddy Murphy coming on board to help with rewrites on the screenplay. Michael Casey will also appear in the film as the protagonist Mark McDonagh fresh off appearances in The Three Don’ts and playing beatle legend Paul McCartney in Mersey Boys.

Lulu and the Electric Dreamboat is a pop punk driven, coming-of-age romantic comedy with dramatic elements. The film is a love letter to the works of John Hughes as well as movies like 500 Days of Summer, Detroit Rock City, Adventureland and Scott Pilgrim VS The World.

Mark McDonagh is punks biggest poser. The anxiety riddled teen is constantly fighting with his overly supportive parents, his overly cocky bullies and mainly with his low mental health. Mark uses the medium of punk music to express himself, however he still feels alone… until he meets Lulu – the hippy-goth girl, next door to next door.

Lulu opens Mark’s eyes to an entire world of experiences he’s been missing out on, pulling him in the direction of his punk rock dreams. Lulu’s free spirit gets herself and Mark into all kinds of havoc; everything from stealing the poor box from the church to underage day drinking. The pair form a bond and then a band! Can they win the battle of the bands? Has Lulu found someone she can trust? Can Mark face his demons and become what he was destined to be. The punk god known as – The Electric Dreamboat.

The Kickstarter campaign showcases some of the amazing talent Celtic Badger

Media have in front of the camera on the project thus far, including Irish actor and comedian Owen Colgan [Hardy Bucks], as well as Johnny Vivash [Deathcember], Samantha Elliott Brody [Six Hot Chicks In A Warehouse, Paul Fitzgerald [Killinascullly, The Perished] and introducing Sinead Morrissey as the titular Lulu.

There are some other amazing actors involved in the project, both from Ireland and the United States and that will be revealed as the campaign unfurls.

Behind the scenes, Michael Casey and Paddy Murphy are working with long-time collaborator Barry Fahy, who has been director of photography on over 5 feature films – including The Perished. Fahy gained major success in 2021 working with US based stream team, Envy and Irish Twitch streamer, Justaminx on a variety of comedy skits that have garnered over a million views on YouTube.

As music is at the heart of the project, the team have already acquired some fantastic Limerick talent for the film’s soundtrack, including [but not limited to] The Hitchers, Point Taken and Fox Jaw. The film will feature cameos from members of the above bands. Jared Nadin and Jacob Woulfe of Point Taken will also be producing original songs for the film in collaboration with Michael Casey.

Paddy Murphy added, “We do have another big casting announcement coming on Tuesday, August 31st. We’ve also jumped to just 25% funded in 5 days, which is incredible but we remember there’s a long road ahead. We are beyond delighted to announce that Lulu and the Electric Dreamboat will feature Rob Wiethoff in an undisclosed voice over role. Rob is an American actor best known for his role as Outlaw John Marston in ‘Rockstar Games’, ‘Red Dead Redemption’ and ‘Red Dead Redemption 2’ as well as the Machinima short film, ‘The Man from Blackwater’.

As massive fans of the Red Dead Redemption series and fans of Rob’s work we are thrilled to have him as part of the movie in a role that was literally written for his incredible, wholly unique and instantly recognisable voice to fans of the games. Really hoping this hits its target as we believe this film can really be a force for good with its humour, its heart and frank open discussions about mental health in Ireland.”

“A brilliant sophomoric effort and solidifies Murphy’s spot on the “directors to watch” list.”

“It looks like Irish genre films have got a rising star to keep an eye on!” -Pip Ellwood-Hughes, Entertainment Focus

The campaign is trying to raise Є18,000 in just 30 days. This is not a flexible goal and if the target is not met, the film will not be made so the pair are urging fans of pop punk music, comedy and Celtic Badger Media to support the film if they want to see it brought to life.

Casey and Murphy had this to say; “We know that times are tough with everything going on in the world, but we believe this movie will bring light back at an incredibly bleak time. If 350 people donate Є50 to the film we will reach our target and be able to make this film and bring it to release. We cannot wait to watch this film with all of you in the future!”

Support the film on Kickstarter HERE

Related Topics:Lulu and the Electric Dreamboat
Up Next