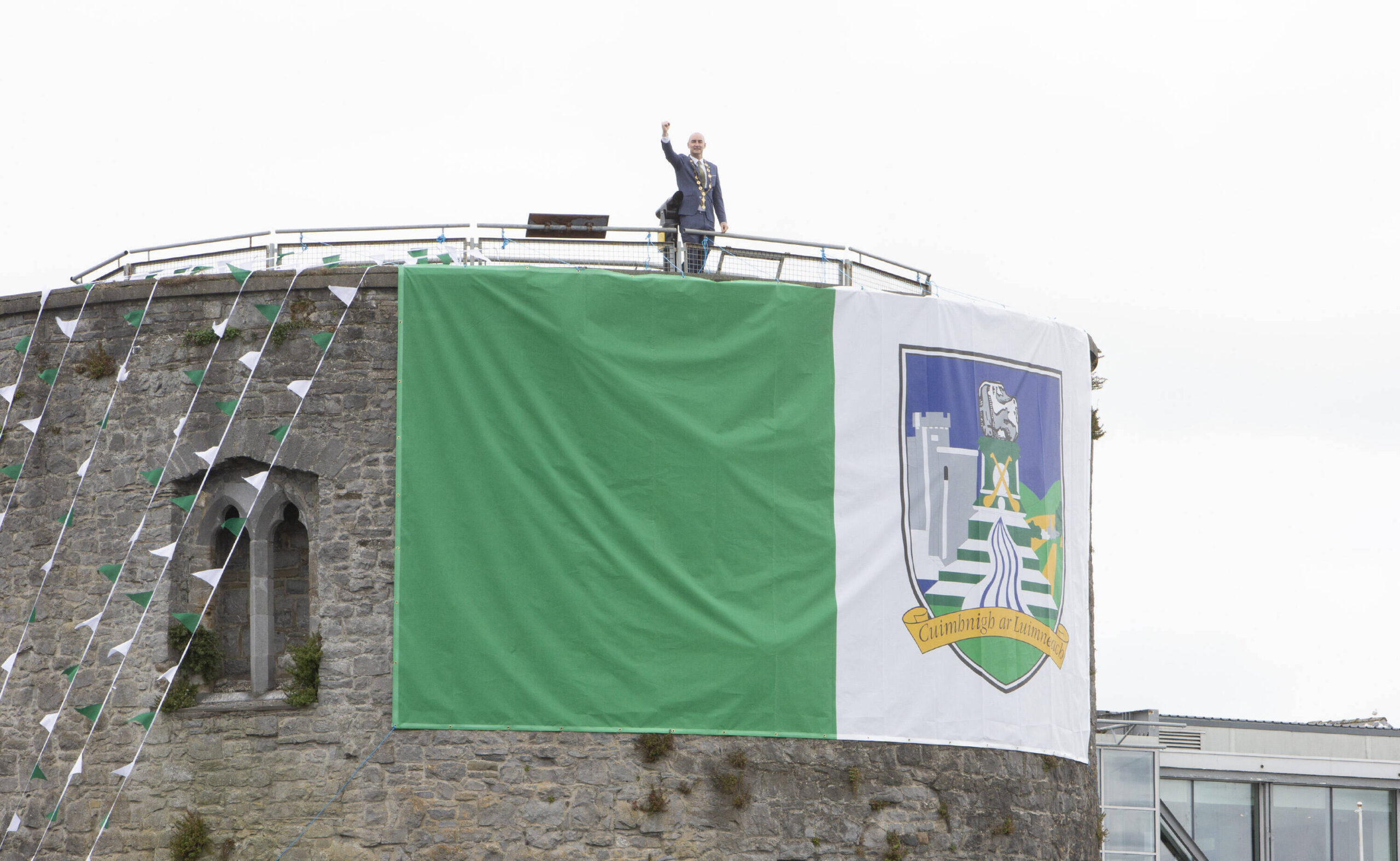 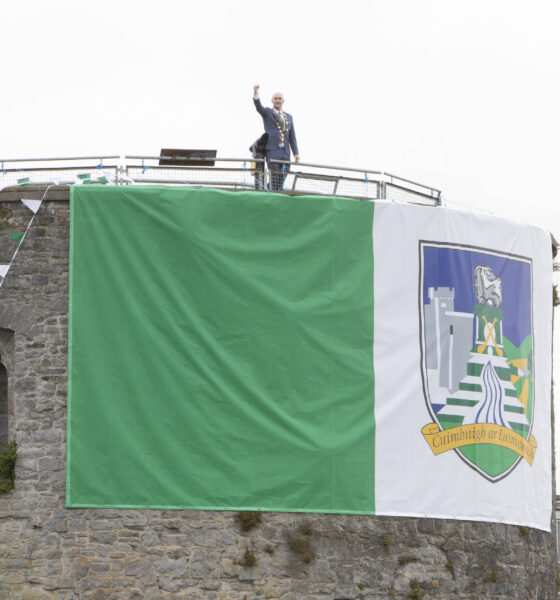 Mayor Limerick Flag – Mayor Daniel Butler is urging people to show their support for the Limerick team ahead of this weekend’s All-Ireland Final. 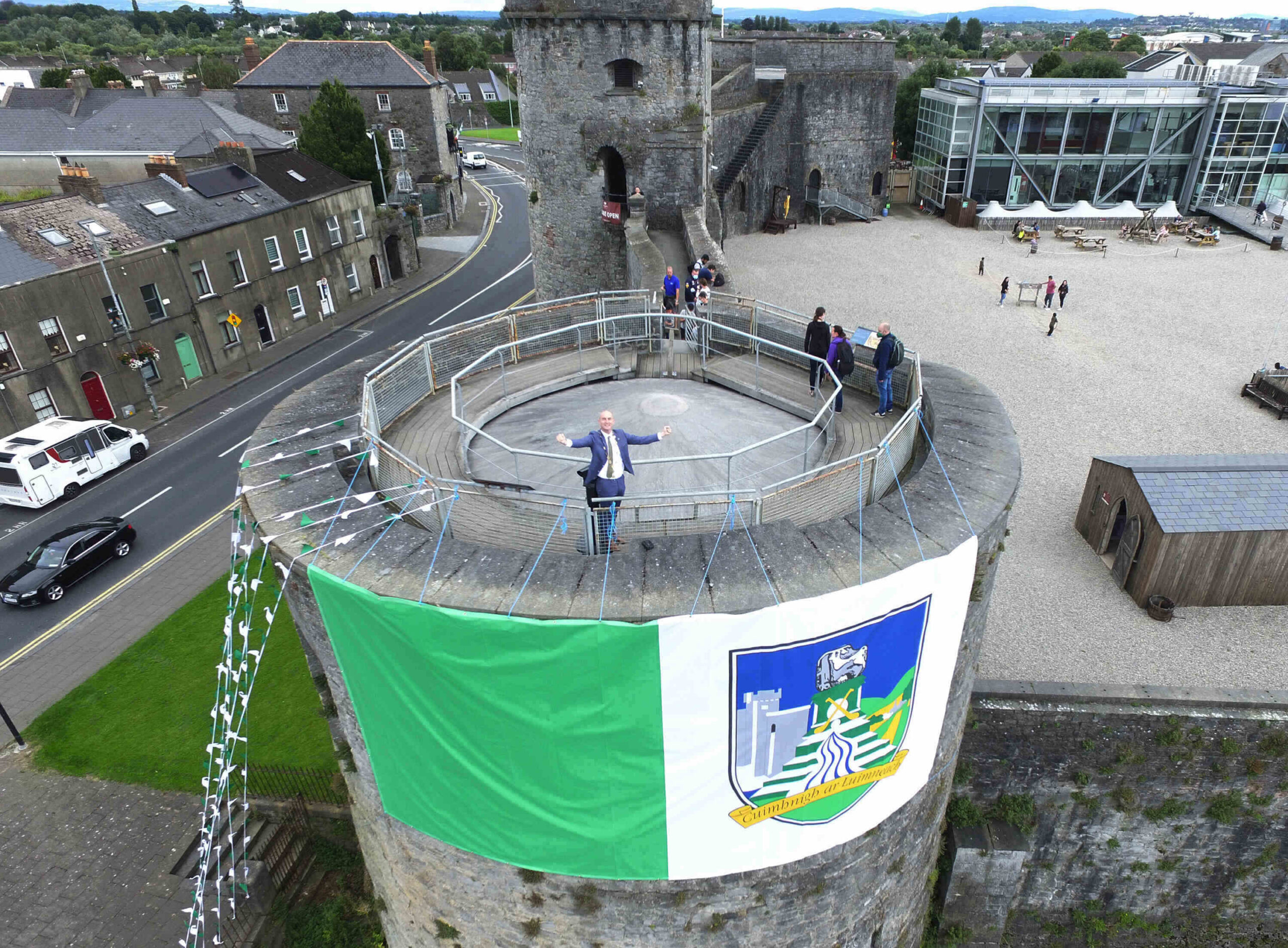 The Mayor of the City and County of Limerick has unfurled a large Limerick GAA flag from the top of King John’s Castle as excitement grows ahead of this Sunday’s All-Ireland Senior Hurling final.

The Mayor has also launched an online competition for hurling fans with the winner winning a commemorative 1921 Limerick jersey signed by the entire panel.

Mayor Daniel Butler said that he wanted to showcase the strength and depth of support for the hurlers as we look to win back-to-back All-Ireland championships for the first time in our history.

Mayor Butler said: “Let’s all get behind the Limerick hurlers as we look to retain the Liam MacCarthy Cup. The build-up to this year’s final is a little different than previous years due to the restrictions which remain due to the pandemic. But I want the hurlers to know that the whole county and hurling fans further afield are behind them, wishing and hoping for another win.”

“To thank those supporters and allow them to show their support for Limerick, they can enter the competition on the Limerick.ie Facebook page and be in with a chance to win a signed Limerick jersey.”

“We all need something good and happy to look forward to and the feel-good factor that comes with being in an All-Ireland final is just the tonic at the moment.”

“Let’s hope the team wins on Sunday and returns home with the Liam MacCarthy Cup.”

The competition is live now on Limerick.ie’s Facebook page and will remain open until this Sunday August 22 at 1pm.

The winner will receive a signed commemorative Limerick GAA jersey marking a century since the 1921 All-Ireland win! The jersey will be signed by all the All-Ireland Final Senior Hurling panel and will be presented to the winner by the Mayor.

Meanwhile, the Greening of Limerick is gathering pace.

The Mayor has unfurl a large 30 foot Limerick flag from the turret of King John’s Castle, proudly showing our true colours.

The O’Connell Monument is bedecked in Limerick flags and bunting, Thomond and Shannon Bridges are in green, as are some of the streets in the city centre.

The main roundabouts into the city also have flags and signs wishing the team the best of luck.

Flags and bunting have also been erected around the county including in Kilmallock, Abbeyfeale, Newcastle West, Ardagh, Kildimo, Templeglantine and Rathkeale.

Council Headquarters in Merchant’s Quay is lit in green at night, as is King John’s Castle, and the O’Connell Avenue Campus of Limerick and Clare Education and Training Board, while the Mayor is calling on other building owners to turn their buildings green if possible.

Businesses are also being encouraged to go green, with Limerick Chamber urging its members to show their support for the hurlers as they go for glory.

Supporters are encouraged to tag their selfies, decorations, and dogs with #LuimneachAbú on social media for a chance to feature in the fan gallery on Limerick.ie this Sunday. 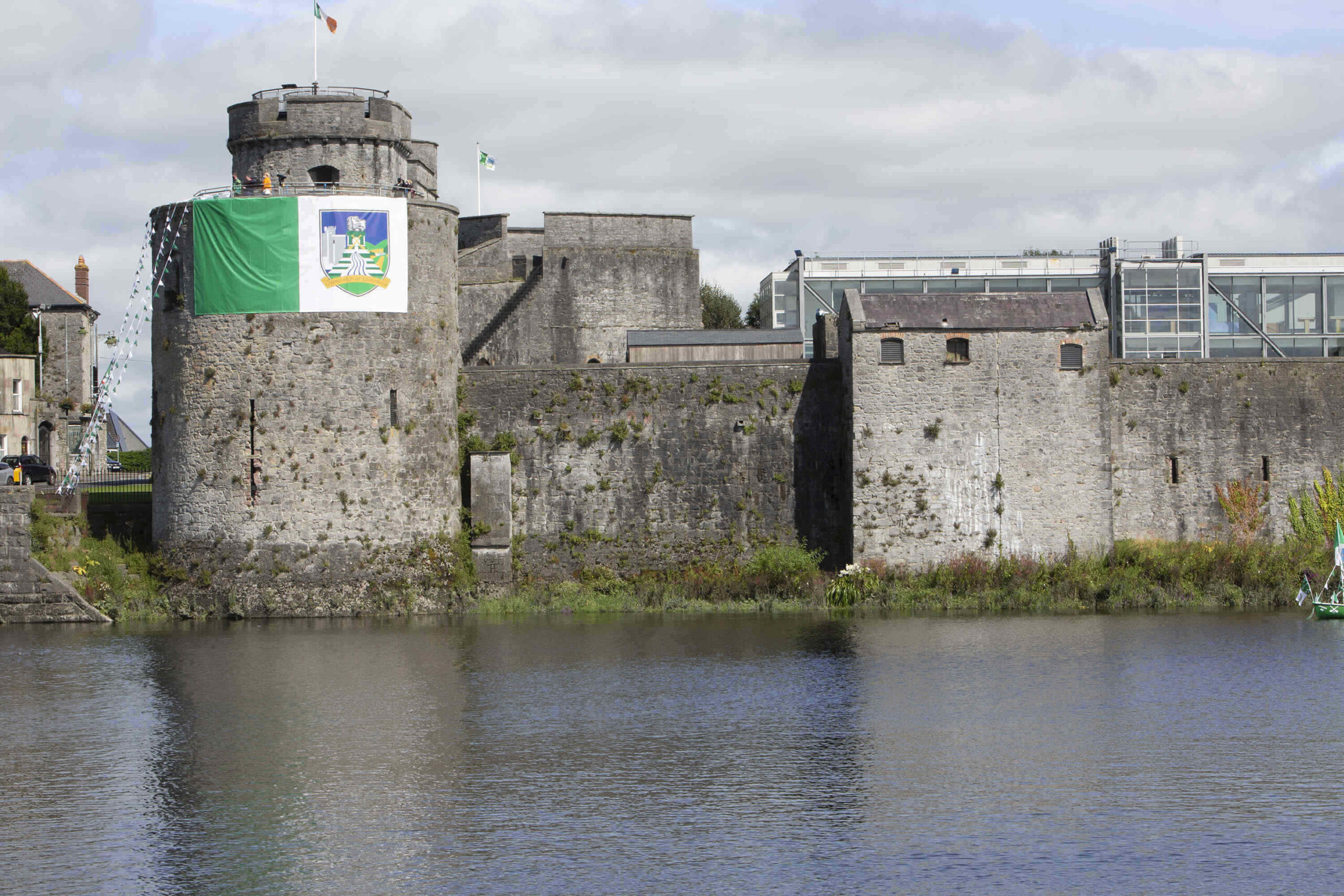 A Brief Fundraiser To Lift Lisnagry FC in Castleconnell, October 29 & 30

Hayes Family Christmas Lights will open to the public on Saturday, November 6