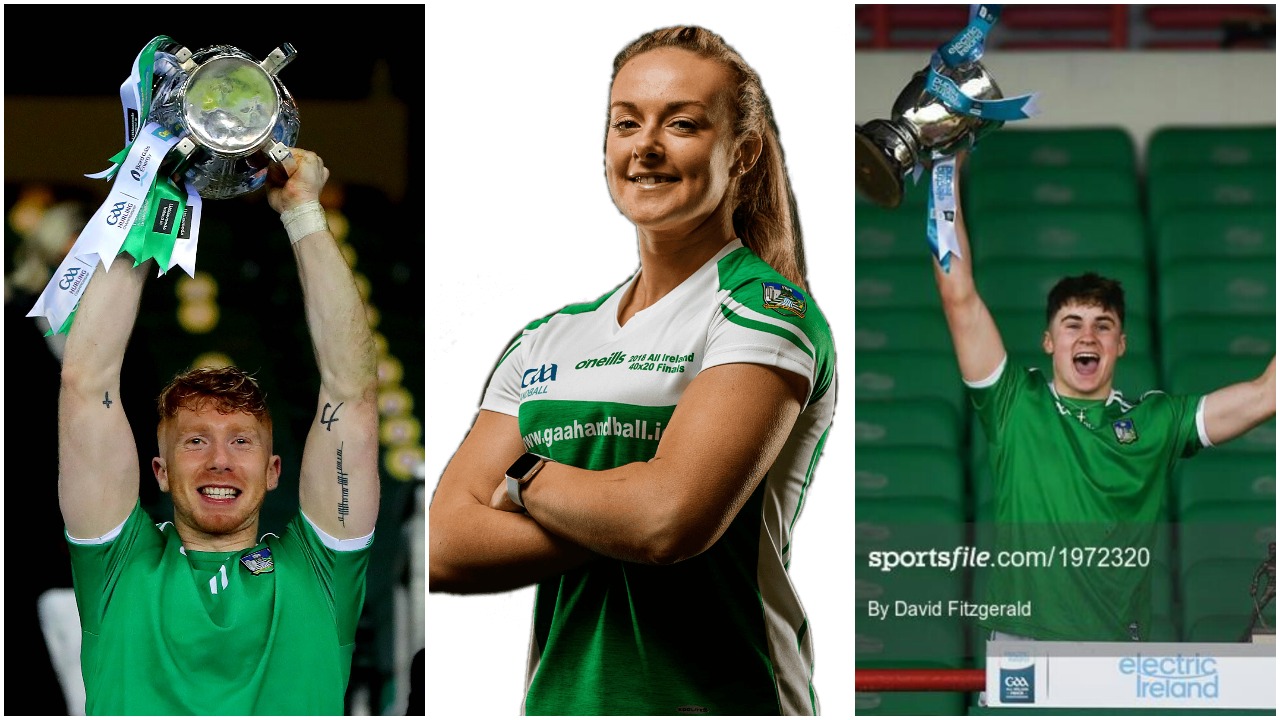 Munster GAA Awards 2020 – pictured above Limerick’s Cian Lynch, Martina Mc Mahon and Adam English who were all winners at this years awards

Limerick’s Cian Lynch, Martina Mc Mahon and Adam English were all honoured at this year’s Munster GAA Awards 2020 for their fantastic performances in their chosen sport last year.

Limerick GAA All-Star Cian Lynch was selected as the Munster ‘Hurler of the Year’ for 2020, after his impressive displays against former All-Ireland Champions Tipperary, and against Waterford lining out in the new position of centre-forward where he carried Limerick to their first back-to-back Munster titles for the first time since 1981.

Handball superstar Martina McMahon had another outstanding year as she was named Munster Handballer of the Year, having also been nominated for the Irish Times Sportswoman of the Year after her third successive All-Ireland 60×30 Softball title in October defeating first-time finalist Ciara Mahon of Kilkenny as she won the first game 21-2 in just 14 minutes. The scores were level at 6-6 in the second but McMahon’s proved too much as she ran out and won 21-8.

Limerick GAA minor hurling captain Adam English was the winner for the Munster Minor Hurler of the Year, after an impressive performance reclaiming the Munster Minor Title in December 2020. Becoming fourth Limerick captain to lift Munster Minor Hurling honours for the Treaty men since 2013.The Doon man scored five from play in the final as Limerick outlasted Tipperary 2-22 to 0-25 after extra-time in the Gaelic Grounds.

Congratulations to the 2020 Limerick Minor Hurling Captain Adam English (Doon) who has this afternoon been named Munster GAA Minor Hurler of the Year for 2020.

As a result of the current restrictions, there were no awards event and the winners will receive their awards from officers of the Munster Council when it is safe to do so.

Under 20 Hurler of the Year: Shane Barrett (Cork)

Under 20 Footballer of the Year: Killian Falvey (Kerry).