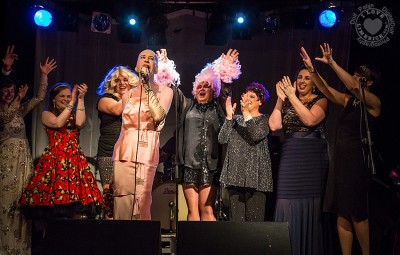 Myles Breen returns to Limerick with his hit one man show

Myles Breen returns to Limerick with his hit one man show Language UnBecoming a Lady. Originally it was performed as part of Limerick Pride in 2009. The play first premiered in Manhattan’s Cell Theatre in September 2015, and is a Bottom Dog Theatre Company production which is written and performed by Breen and directed by fellow Limerick man, Liam O’Brien. The play is loosely based on Breen’s own life experiences and tells the tale of a drag queen Robert dealing with being gay in Ireland during a time of little acceptance for the gay community.

Language UnBecoming a Lady will play in Friars’ Gate Theatre Kilmallock on Friday January 29 and in Belltable Saturday January 30. His return will top off a fantastic period for the actor. After receiving rave reviews on Manhattan, a best actor award at Origin’s 1st Irish Film Festival and was bestowed Limerick honours by Mayor Liam Galvin  and is now an official formal Cultural Ambassador for Limerick.

Breen is director and co-founder of Bottom Dog Theatre and has written productions such as Language UnBecoming a Lady in 2009 and The Bachelor of Kilkish in 2014. Bottom Dog Theatre Company has gained great recognition both nationally and internationally as one of Limericks leading independent theatre companies. Over the last six years the company has produced both old and new plays and incorporates many forms of art such as dance music and multimedia offering the audience a chance to see productions from the past they may have not seen.

Myles just launched a brand new website which features information about previous projects he has been involved in and also his latest news to keep informed on what he has been up to.