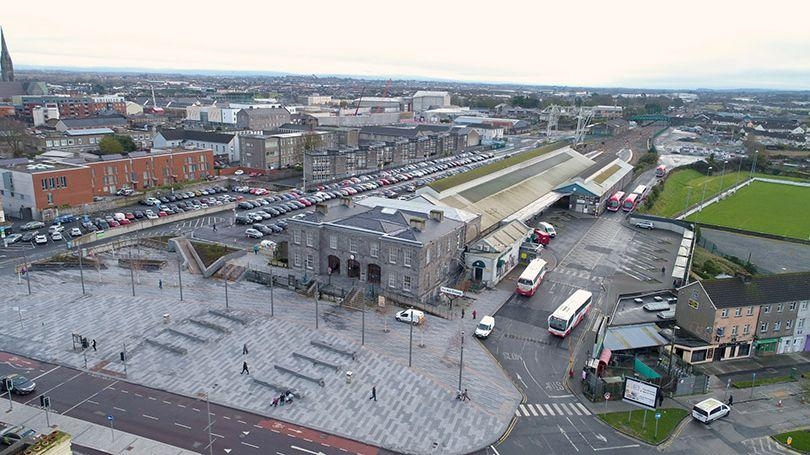 Works are being advanced to implement a shuttle service to link Shannon Airport to Colbert railway station in Limerick. People flying into Shannon instead of Dublin would be a huge boost for the local economy in Limerick, especially if the shuttle service can be in operation before Adare hosts the Ryder cup in 2027.

When Adare hosted the Ryder Cup last in 2006 the event was worth up to €146 million to the local economy. Passengers flying into Shannon would have a direct link to get them to Adare from the airport instead of flying into Dublin. The shuttle link would also facilitate tourists flying through Shannon to visit Limerick city

Plans for a second rail line between Limerick Junction and the city are moving forward, according to the Oireachtas committee, with financing in place for the design stage of the project. This will reduce travel time between Limerick City and Dublin. It is hoped now that the second railway link will be in operation in the next four years.

The revised National Development Plan for 2021-2030 includes a series of new rail developments in Limerick, including a new route to Shannon on the Limerick Colbert to Ennis line.

The announcement comes after much discussion about the potential for greener travel options for commuters between Limerick and Shannon.

The proposed link would greatly affect traffic patterns in the area, as employment opportunities in the Shannon Free Zone continue to grow steadily and significantly.

Along with the new Shannon route, the Limerick-Galway line will see additional stops at Parkway, Corbally, Moyross and Bunratty.

The revised plan will also see a new rail line extend from Limerick Colbert to Adare, with stops in Dooradoyle, Ballycummin and Patrickswell.

The Limerick Colbert to Nenagh line will gain stations at Birdhill and Castleconnell, with a Lisnagry stop still being considered.

Ballykeefe and Mungret will have their own mini line from Limerick Colbert.

Game changing announcement in the National Development Plan. The existing rail network could be a real asset to the city in the same way the Luas or Dart is to Dublin. pic.twitter.com/I1M0UFADqM

Many of these new routes will utilise pre-existing, retired railway tracks.

“The revised National Development Plan was launched this afternoon. Limerick, Clare and the Midwest Region has done really well. I’ve worked hard with Eamon Ryan to deliver this rail plan, which will be a game-changer for the region and will help us develop as a counter-balance to Dublin,” said Mr Leddin.

“Using existing historic railway lines we have coming out of Limerick, over the next two decades we will build new stations around Limerick Colbert.”

Clare TD Timmy Dooley commented, “Having lobbied for a rail link to Shannon Airport for many years, at last, some very positive news for Shannon with the publication of the National Development Plan. It’s up to all involved now to make it happen.”

Originally drafted in 2018, the major public investment of the renewed National Development Plan will play a significant role in addressing the opportunities and challenges faced by Ireland over the coming years from issues such as Covid-19, Brexit, housing, health, climate action and population growth.