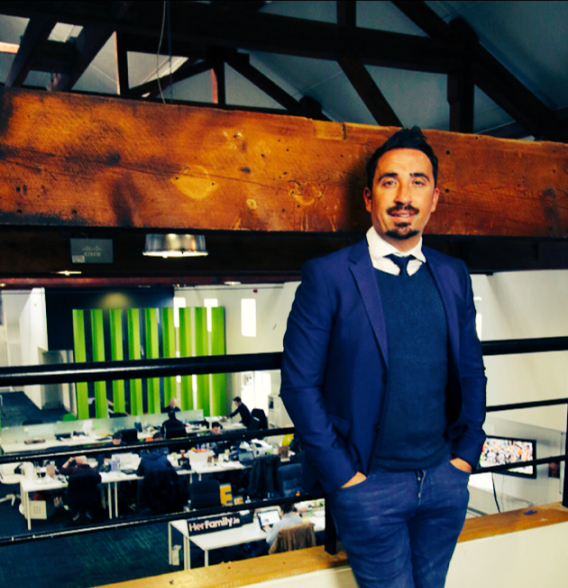 Pictured Above: JOE.ie and Her.ie founder Niall McGarry, who is expected to speak at this month’s Network Limerick event.

Irish media entrepeneur Niall McGarry, owner and founder of Her.ie and Joe.ie, the largest male and female-focused websites in Ireland, is this month’s speaker at Network Limerick.

Network Limerick is the organisation for enterprising women in business, the professions and the arts in Limerick, and is 1 of 8 branches nationwide. It provides a forum for women in business to network, exchange ideas and increase their business contacts at monthly networking events. All businesswomen, both self-employed and employees, are welcome to join Network Limerick. Network Limerick gives members the platform to engage with like-minded women in Limerick and throughout the country, sharing ideas, knowledge and contacts, providing a mutual support mechanism and creating a positive and fresh approach to professional and personal development for women at all stages of their career or business.

Maximum Media, the company behind Her.ie and JOE.ie, was founded by Niall in 2010. It recently expanded to the UK with JOE.co.uk, and already has 1 million unique visitors per month. Maximum Media also has significant Limerick involvement, as it is backed by former Munster player Jerry Flannery. The company also runs SportsJOE.ie and HerFamily.ie.

At this month’s event Summer BBQ Bites with Cocktails and Craft Beers, Niall will speak about his story from starting out with Impact Media which he later sold to H&R, to setting up the successful Maximum Media in 2010. The group was established with backing from AIB who invested €330,000 in the project.

The entrepreneur will also share how he stays ahead of the ever changing digital world. Speaking ahead of the event, Niall said: “Digital is just so quick to change and quick to move. If you are operating on a strategy from 2013, it’s already absolutely redundant.”

“We have a business plan for six to 12 months. We’ve a long-term view of where we want to go, but every six months we refine the business model.”

Join Network Limerick for Summer BBQ Bites with Cocktails and Craft Beers on Thursday June 18, 8pm at The Savoy Hotel. Registration is at 7.30pm. The fee for members is €10. For non-members, it’s €15.

For more details, check out Network Limerick on their website here.