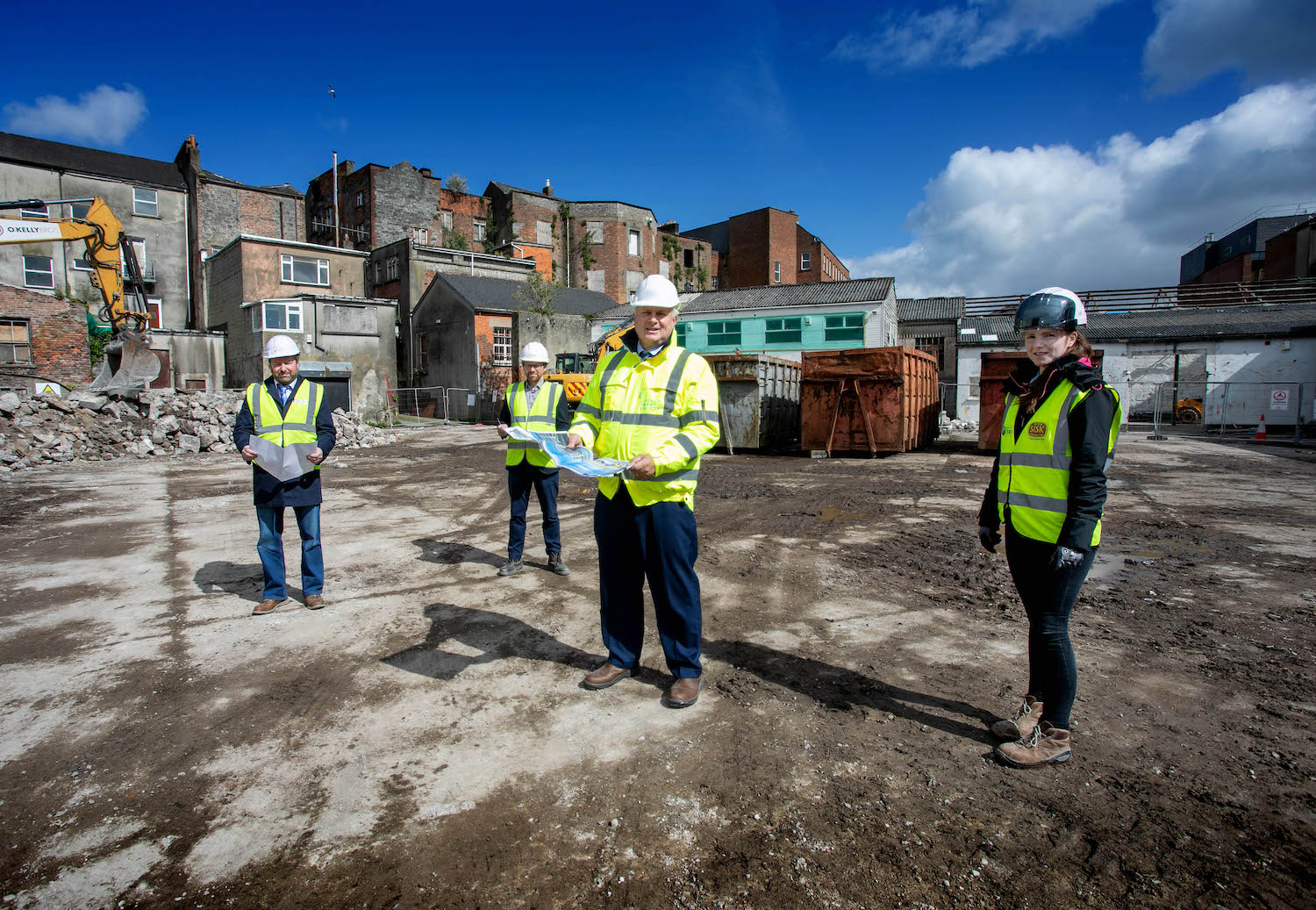 The architects appointed to design one of the key projects in the wider Opera Site have said that the development will boost the visual dynamic of the city centre and its ability to win significant inward investment.

Coady Architects (COADY) – specialists in architecture, master planning, interior design, building information modelling and sustainable design – have been appointed to design the six-storey One Opera Square building from the corner of Michael Street and Ellen Street. They have partnered with Woods Bagot, a global architectural practice, who have an expertise in complex and large scale city centre regeneration projects.

The Opera Site project is not alone the biggest of its kind undertaken in Limerick but the largest commercial property programme outside the capital. The construction programme will see up to 500 people employed at peak output on the site. The 1.62hectare site will, when fully developed, have the capacity for up to 3,000 employees across a 450,000 sq ft campus accommodation.  The programme will take up to six years to complete at an estimated cost of €250m.

The project is funded thanks to finance from the European Investment Bank, the Council of Europe Development Bank, with specific funding also through the Department of Housing, Local Government and Heritage. Significant demolition and enabling works have resumed at the site following the lifting of COVID restrictions earlier this month.

One Opera Square, which will be one of the pillar projects in the transformational Opera Site, will stretch across the entire footprint of the former Michael Street car park. It will be designed to leading international LEED Gold, WELL Cert and Wired Score building standards.

They already have significant understanding of the Opera Site having, as part of a Project Management led team, contributed to  the  preparation  of  the  Design  Brief  for  Opera  in 2018 and led  the  Masterplan, which  formed  a  framework  for  the  successful planning  application  in  2019.

In addition to the One Opera Square building, they will also design the entire basement, which will knit the entire campus seamlessly underground.

COADY’s civil and structural engineers on the project are Limerick based company Punch Consulting Engineers who have an in-depth knowledge of the site having already constructed a basement, underpinned facades and stabilised existing Georgian Terraces there.

One Opera Square is one of six parcels within the wider Opera site project.  One Opera Square will be a modern office building with a gross area of 14,649sqm.  It will provide five floors of flexible Grade A commercial office space over ground level, which will consist of retail, convenience store and café/restaurant to ensure the site complements the busy plaza development at the centre of the Opera Site.

Said Tomás Sexton, Director with COADY: “The Opera Site is going to change the whole look and feel of Limerick city centre and One Opera Square is going to be a key element of that. It is a superb opportunity to provide large scale, Grade A office accommodation that is not currently available in the city. It will, in the process, strengthen Limerick’s ability to attract major investment and employment into the city.

“We’ve had the privilege of working on the masterplan design and that’s given us a fantastic sense of the wider project and the influence it will have on the city, both visually and economically.  It really is such an exciting time for Limerick, and we’re delighted to be playing a part in this.”

Said David Conway, CEO of Limerick Twenty Thirty: “It’s been a very challenging start to the year, and an incredibly challenging 12 months generally because of COVID. Little did we think when the Opera site received planning permission in February of last year what was about to unfold, that we would have so much of last year wiped out and spend the first four months plus of this year also in lockdown.

“But as we start to emerge now from COVID, we’re fortunate in Limerick to have such a monumental development beginning. The design, of course, is so important and we are delighted to have COADY on board as our architects on One Opera Square. They have an excellent track record and worked on many world-class projects. We look forward to them bringing that quality mark to Opera and to Limerick.  The Opera site is going to set a new standard for Limerick and COADY are going to play an important role in that.”

For more info about the Opera Site go HERE