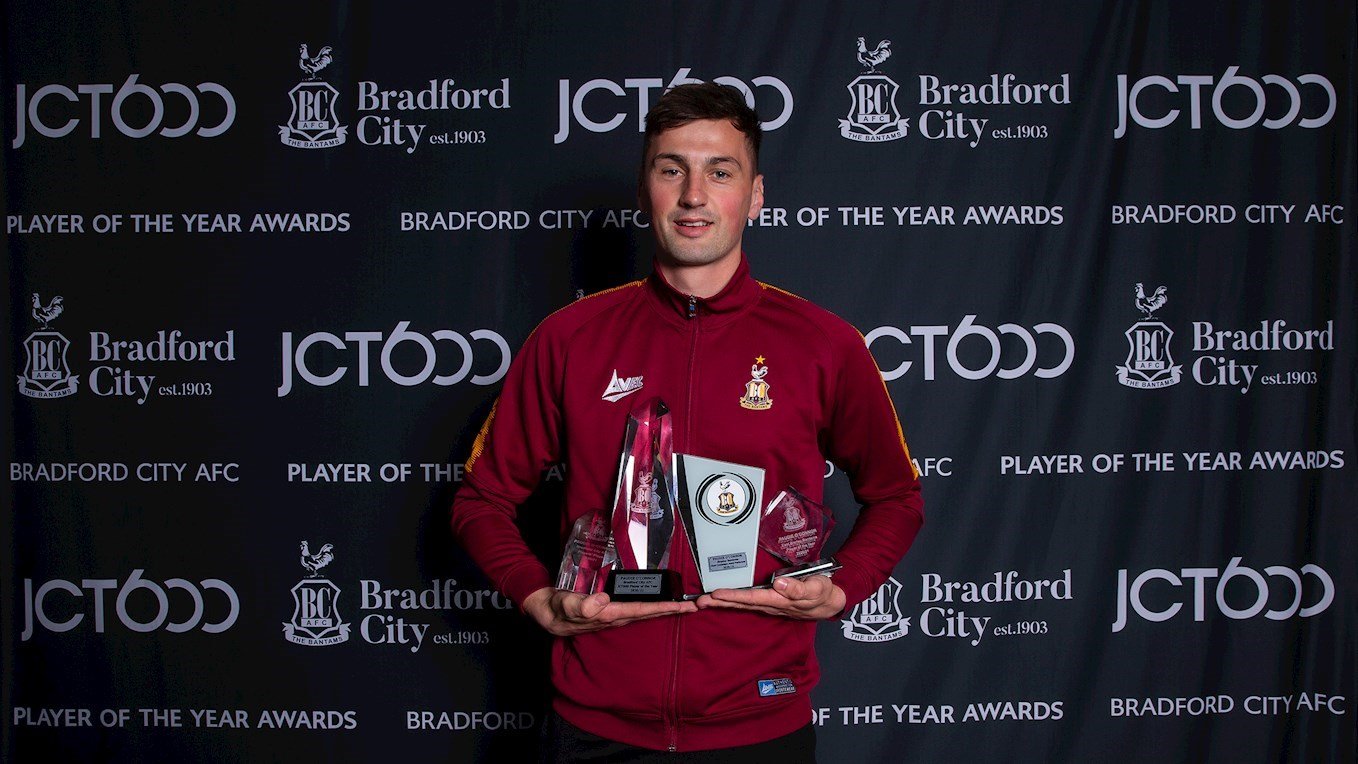 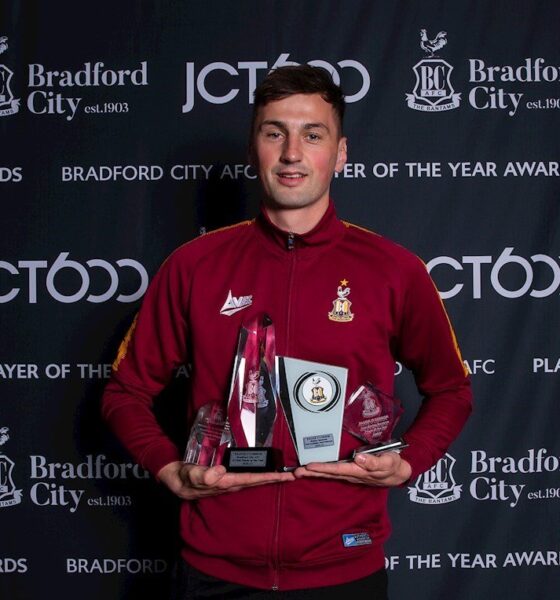 He was joined among the awards by fellow Irish defender Anthony O’Connor who won the Bingely Bantams and Friends of Bradford City Player of the Year accolades.

The 23-year-old made his professional debut for Limerick FC on 7 March 2015, playing the full 90 minutes in a 3–0 loss to Bohemians in the League of Ireland Premier Division and later went on to make 16 appearances in the 2015 season, scoring his first professional goal on 14 August against Cork City.

Limerick man O'Connor has been a rock at the back for the League Two side and could go onto bigger and better things in the coming seasons 🙌#COYBIG pic.twitter.com/VBEJC740Kp

Following Limerick’s relegation to the First Division, O’Connor made 23 appearances in the 2016 League of Ireland First Division in 2016, scoring two goals in the title-winning season.

The centre back captained the Leeds U23s side and made four appearances for the first team which later saw him nominated for Young Player of the Year award in April 2018.

Later O’Connor signed for Bradford City on loan until the end of the 2018–19 season after cutting his loan deal with former l club Blackpool short.

The Limerick man returned to Bradford City on a three-year permanent contract and later scored his first goal for Bradford when he scored in an EFL Trophy tie against Bolton Wanderers.

All of us at I Love Limerick would like to congratulate Paudie on this fantastic achievement and wish him the best for the rest of his career!

Related Topics:Paudie O Connor
Up Next