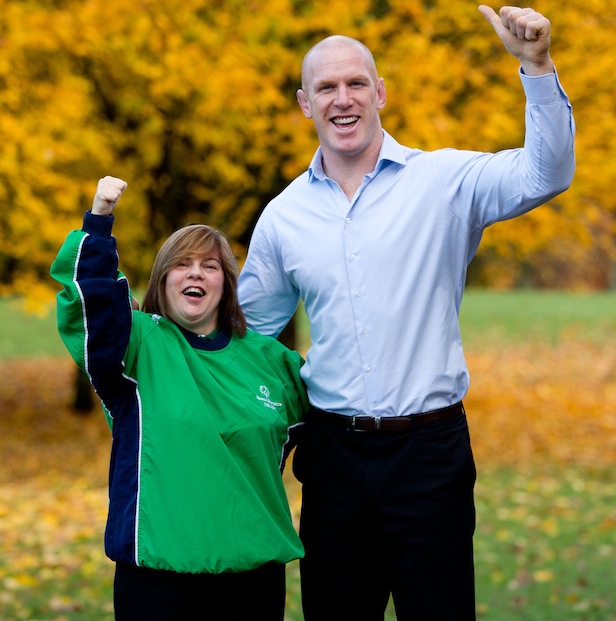 Ireland rugby captain Paul O’Connell has issued a rallying call for volunteers to sign up and join him at this summer’s Special Olympic Ireland Games. The Games will take place in Limerick in June and will see 1,500 athletes compete in Olympic style competition over three days.

The Munster rugby legend, who is an ambassador for the Special Olympic Ireland Games 2014 Limerick, said 3,000 volunteers need to be signed up by the sports charity within the next two months in order to make the summer sports event a success.

“Getting involved as a volunteer at the 2014 Special Olympics Ireland Games will be an unforgettable and rewarding experience. We all need to help Special Olympics Ireland reach its target of recruiting 3,000 volunteers to ensure that these Games are a huge success for all of the athletes involved. Your involvement is vital and is guaranteed to make a real difference,” he said.

Limerick native O’Connell says he is immensely proud that the Special Olympic Ireland Games are returning to his home city after the successful staging of the same event in 2010.

“I am delighted that the Games are returning to Limerick this June and as an ambassador I want to ensure that the 2014 Games are a great success, just like in 2010. But events like this do not happen by chance and require a lot of planning and hard work. To make the Games a success 3,000 volunteers will need to be signed up over the coming few weeks and €2.0m in fundraising and value in kind will need to be raised to cover the total cost of the event. Over the next few weeks I’d encourage individuals who have the time and energy to volunteer and businesses who are in a position to donate to email [email protected] or lo-call 1850 555 222.”

In what will be the largest and most prestigious sporting event to take place in Ireland in 2014, 1,500 Special Olympics athletes from throughout the island of Ireland will travel to Limerick. They will be accompanied by 500 coaches and official delegates as well as a contingent of over 3,000 family members. The Games will be supported by a team of 3,000 volunteers who will be recruited from Limerick and surrounding counties over the coming months. Athletes will compete in 13 sports in venues throughout Limerick. As well as being the main residential centre, the University of Limerick will host the athletics, aquatics, basketball, football, gymnastics, kayaking competitions and the non-competitive motor activities training programme.

Across the city, the Tailteann Sports Centre, Mary Immaculate College, will host the badminton, and table tennis. The equestrian competition will take place in Clonshire Equestrian Centre. Ennis Leisure World in Co Clare will host the tenpin bowling while Murroe Pitch & Putt and Ballykisteen Golf Club in Tipperary will host the pitch & putt and golf competitions respectively.

Volunteers will be involved in running every aspect of the Games from logistics to entertainment, catering to signage. In addition to the roles that will be assigned to them volunteers can also look forward to all the fun and excitement that the Games promise to bring.

Special Olympics Ireland CEO, Matt English, said the success of the Games will be down to the support of volunteers. “To date we have already signed up a good number of volunteers.  We will need the support of lots of different organisations and individuals to achieve all that we need to but I know that the people of Limerick will rise to the occasion as so many have done already. We are so grateful to everyone who has already come on board and would very much welcome the support of anyone else who wishes to get involved.”