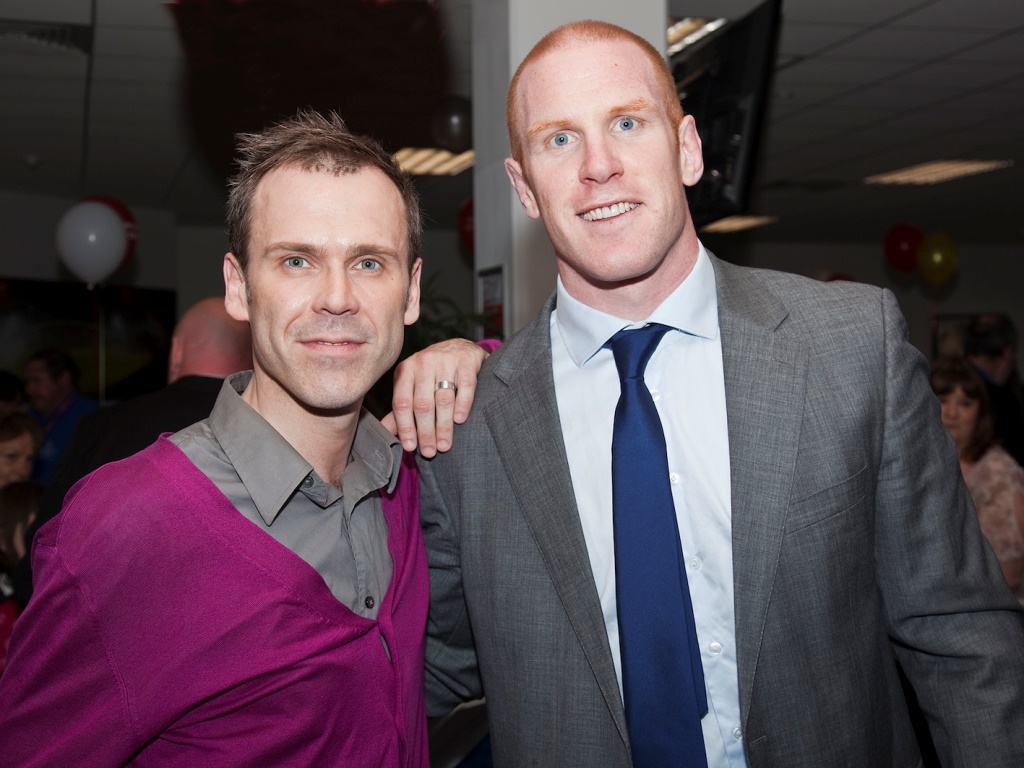 Paul O Connell announced his retirement on Tuesday February 9 2016 following a significant hamstring avulsion where the muscle tears off completely bringing fragments of the bone with it during Ireland’s World Cup campaign. Unfortunately the injury turned out to be much worse than expected which forced Paul to end his career before every having the opportunity to line out at the Stade Mayol with his new club Toulon.

Paul made a statement following the announcement of his retirement  “I have been blessed to be a professional rugby player for over 14 years and to be part of Munster and Ireland teams that have experienced success. I have played with some of the best players to ever line out in the red of Munster and the green of Ireland and have had the privilege of captaining my country. I would like to thank those at Young Munster RFC, Munster Rugby, the IRFU and Lions Rugby who have supported me over the course of my playing career. Special thanks must go to my wife Emily for her unwavering support through the good and the bad and to my parents Michael and Shelagh. Lastly I would like to thank everyone who has supported the teams I have been a part of. The support you have shown me is humbling and an immense source of pride for both myself and my family.” Paul O’Connell

The people of Limerick will be forever proud of Paul and his phenomenal achievements not only in the sporting world but for the city of Limerick. Use the hashtag #ThanksPaulie to thank Paul O Connell for all his amazing and inspiring work he has done, not only on the rugby pitch but in the lives of Irish people.

The iconic rugby player, who received the Freedom of Limerick in 2012, won 108 caps over a majestic 13-year career with his country and was capped 174 times for his province in a career that also saw him captain the British and Irish Lions.

Paul, who recently turned 36 and lives in Limerick with his wife Emily and two children, attended the Model School and Ardscoil Ris, and was in the final stages of completing a computing engineering degree at UL when professional rugby came calling.

In an interview with Richard Lynch who is the creator of www.ILoveLimerick.ie, he describes how grateful he is to have worked with Paul O’Connell from the Special Olympics in 2010 right up to Team Limerick Clean-Up in April 2015.

Richard explained, “On behalf of myself and I Love Limerick I would like to pay tribute to the retiring Munster and International rugby legend who I have worked with on a number of occasions since the beginning of I Love Limerick.

Paul is a man who is truly proud of our beautiful city as he has said himself on numerous occasions and proved undoubtedly over the years through his involvement with positive campaigns and charity work.”

In April 2012 Paul was made a Freeman of Limerick which is the highest honour that can be bestowed upon an individual from Limerick City and County Council. On receiving the award Paul explained that this award was something he will treasure for the rest of his life; “it is truly an honour for me to receive this award from my native city.”

At City Hall, Richard with Mayor Jim Long and Paul O Connell who received the Freedom of Limerick. Photo by Paul Mullins.

Paul has also expressed his love for his home city through many different projects he has campaigned for over the years. Richard added, “I have been lucky enough to work with Paul throughout projects such as the Special Olympics which took place in Limerick in 2010 and again in 2014. Paul actively campaigned for volunteers to get involved and part of the success of the event is certainly down to his involvement and the spirit he brought to the event, endearing more and more people to get involved.” Paul O’Connell

More recently, Paul has also put extraordinary time and effort into campaigning for Team Limerick Clean-Up which was an event sponsored by the JP McManus Benevolent Fund on Good Friday of this year.

Richard said, “Paul launched the event back in September 2014 where I had the privilege of working with him again for such a fantastic and positive cause. This man couldn’t be prouder of Limerick and Limerick truly couldn’t be prouder of him, up to 10,000 people showed up on Good Friday to clean up their city and local areas which is no doubt down to the encouragement they received from one of the countries favourite sports stars. Speaking at the launch I remember talking to Paul for a documentary for I Love Limerick and he really cared not only about the clean-up  but also about the future of Limerick, he said: “we need to get as many people out onto the city as we can to clean it up and tidy it up for the series of events that happen every summer in the city. Teaching kids how to look after the city and the county and to be proud of it and setting those standards which hopefully they will carry throughout their lives”. Not only has Paul O’Connell been an ambassador for multiple charities throughout Limerick over the years, but his sporting achievements are simply second to none making him someone we hold in very high prestige here at I Love Limerick and of course throughout the entire county and country.” Paul O’Connell

The former Irish rugby captain and Munster legend Paul O Connell received theUL Honorary Doctor of Science next on Thursday November 5 2015, at a ceremony in the University Concert Hall.

Mayor of Limerick City and County, Cllr Kevin Sheahan, has also paid tribute to Paul, “He has served his City, Province and Country in outstanding fashion throughout his rugby career. He is a man who loves Limerick, its people and the proud title that Limerick holds as sporting capital of Ireland and in turn, the people of Limerick idolise him. I would like to especially thank him for all the wonderful sporting memories he has helped create over the years with Munster Rugby, particularly so many unforgettable days in Thomond Park Stadium and two very special European finals in Cardiff.”

Richard finished by paying his respects to the work Paul has done and will hopefully continue to do, “Paul’s outstanding achievements have made him one of the most well respected and adored sports stars in the country and certainly here in Limerick. I would like to express how proud I am and everyone at I Love Limerick is of how he has served his city in extraordinary ways since the beginning of his rugby career. We would like to wish Paul and his family all the very best with their future endeavours, we hope he will continue to inspire the people of Limerick and Ireland like he has done for so many years now and we look forward to working with him on upcoming projects in the future. On my own behalf, thank you Paul and I wish you all best in the World Cup this autumn and beyond.” Paul O’Connell