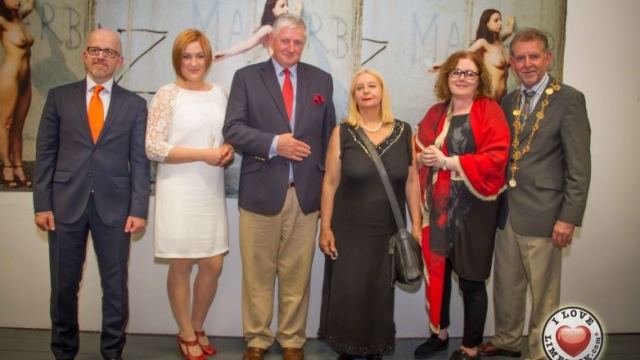 Richard Lynch
The Polish Arts Festival (PAF) takes place over  two week period from October 15-31.
The theme of the Festival is “Transgressing Dimensions. Lullabies and Keening Tradition” which will explore the women and their  current and historic role in the society. The voice of women in all respects was suppressed in the past. In Ireland, the Celtic women carried out a great social function. There were singers, chanters, who circled round the deceased person and performed lamentations called in Irish “keening”. Through their singing they were carrying the soul into another dimension. Women were perceived as shamans, who had access to the sacred passage.
However, with the advent of the Catholic religion in Ireland that function had been taken from women since it was perceived and giving them an immense social power. Therefore, women were banned from performing keening ritual. However, they never remained silent and cultivated the tradition of singing in their homes when putting their children to sleep. When you sing a lullaby to a baby, similar to keening you help the child to transgress dimension, step from the realm of reality into the realm of a dream. Women and their vocals are therefore medium through which it is possible to pass through the sacred border into another dimension, whether it is a journey of the soul in the afterlife or a journey into the realm of a dream.
During PAF people will explore the forgotten voice of women and the great value of having a song. They will share songs and Polish and Irish lullabies trying to restore this beautiful custom of singing to sleep.  The theme of the Festival “Transgressing Dimensions” is an invitation to explore the theme of the border, its ethereal and very private nature and the great strength that comes with it. For each of us crossing the border means something else. Therefore, Polish Art Festival 2015 cordially invite you to journey into yourself and into another dimension.

The core of the Festival is an exhibition of paintings, drawing, sculpture, artistic photography, handcrafted jewellery of Polish Artists creating in Ireland.

The official launch this years Festival is on Friday October 2 at 6pm at the Limerick Milk Market and all are welcome.

The Festival opens on Thursday October 15 2015 at 4 p.m. in the Hunt Museum, which will begin with a performance of Cantate Deo Choir, giving guests a little taste of Irish & Polish Lullabies.

The Special Guest of the festival this year is spiritual singer Noirin Ni Riain, who will give a unique performance on Saturday October 24 in St. Michael’s Church on Denmark Street.

“Faces of the Milk Market” Exhibition by photographer Janusz Biarda is on display every Saturday from October 3  to October 31,  as part of the Polish Arts Festival 2015.

About the Polish Arts Festival:

The Polish Arts Festival exists on the agenda of the local events for the past 9 years and is proud to have been selected as one of the Made in Limerick Project by the Limerick City of Culture 2014. PAF has also been invited to work on Limerick 2020 European City of Culture.

Their mission statement is to promote Polish & Irish culture through the collaboration and exploration of the diverse heritage of both nations. We strive to find similarities between them and build strong common understanding based on intercultural exchange.

Photos by Jonathan Baynes for ILoveLimerick.com 2014. All Rights Reserved.