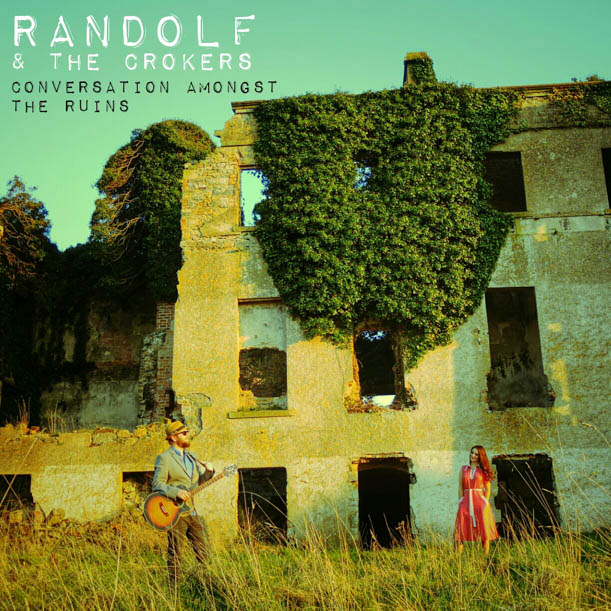 Conversation Amongst the Ruins is a four track debut EP from Limerick band Randolf and the Crokers. It follows on from their debut single ‘Hangin’ that was released in December last year. The EP will be launched in Dolans on Friday the 8th, May.

The EP was recorded and mixed in the Lakelands Studios in Athlone by Mike O’Dowd and mastered in Limerick by Richard Dowling of Wav Mastering.

The EP showcases a blend of folk/country/blues influences with ear-pricking harmonies which combine to produce a unique sound that has been carefully honed on the local gig circuit over the last few years.

The four tracks display the band’s spectrum of sound and reflect the presence of the band’s collective approach to songwriting. The country/folk vibes of Hangin’ and History are carefully juxtaposed against the atmospheric female-led vocals in Warfare and The Trace, achieving a perfect balance between both male and female elements of the band.

The six piece band formed in 2011, released their debut single and video for ‘Hangin’ in December 2014 and 2015 sees them release their first physical recording Conversation Amongst the Ruins.  The band has played locally in various Limerick venues over the years and has had many support slots playing with the likes of O Emperor, Mark Geary, Moscow Metro, John Blek & the Rats and most recently The Lost Brothers.

You can read more on Music here.
You can like Randolf & the Crockers on Facebook here and follow them on Twitter here.
You can also check their Bandcamp page out here for more music.

Here is a taster of what is to come from Randolf & the Crockers and their latest EP being launched on May the 8th.