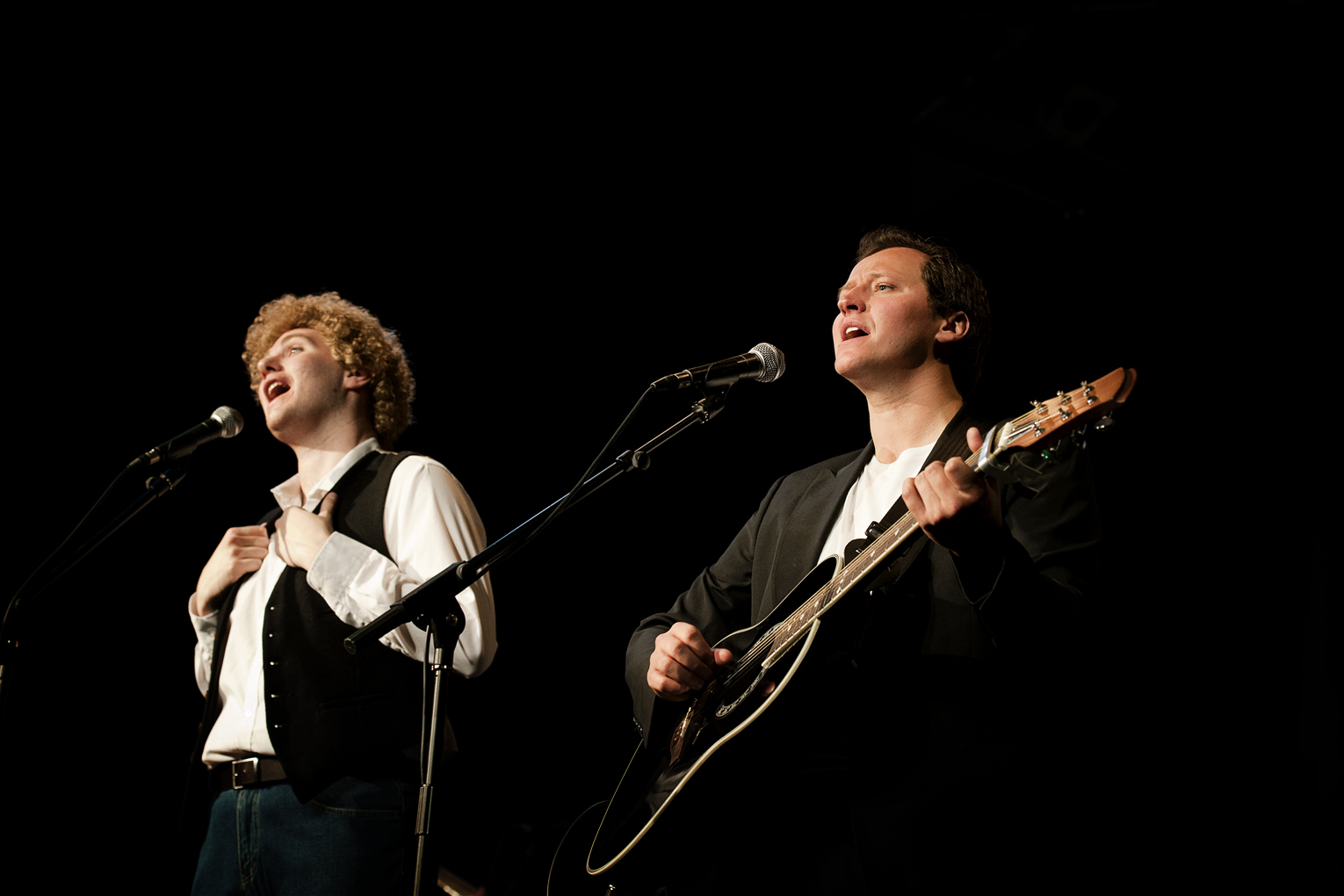 Has it really been 50 years since the most successful Folk/Rock Duo of all time recorded their first number one hit single ‘The Sound of Silence’?

Prior to it’s West End appearance in February 2015, The Simon and Garfunkel Story is currently the biggest and the most successful number one touring theatre show celebrating the lives and career of folk/rock sensation Simon and Garfunkel.

Featuring West End, award-winning leading man DEAN ELLIOTT (who played Buddy Holly in ‘Buddy – The Musical’) and a full cast of talented actor- musicians, ‘The Simon and Garfunkel Story’ takes you back through the ‘Groovy’  times of the 1960’s. It tells the story of both Paul Simon and Art Garfunkel from their humble beginnings as Rock n Roll duo ‘Tom and Jerry’, right through their massive success, dramatic break-up and finishing with a stunning recreation of the 1981 Central Park reformation concert.

Using a huge projection screen, the show features both original photos and film footage whilst a full live band perform all their hits including ‘Mrs Robinson’, ‘Cecilia’, ‘Bridge Over Troubled Water’, ‘Homeward Bound’, ‘Sound of Silence’ and many more!

If you’re a fan of beautiful music then this is an evening not to be missed! The show has received incredible feedback. BBC Radio 2 called it “FANTASTIC”, Choice Radio regarded it as “STORYTELLING AT ITS FINEST” while Radio 1 DJ Mike Read commented “WOW! – YOU SOUND UNCANNY!”

If you would like more information about ‘The Simon and Garfunkel Story’ you can visit their website www.thesimonandgarfunkelstory.com
Read more about events taking place in the University Concert Hall here!