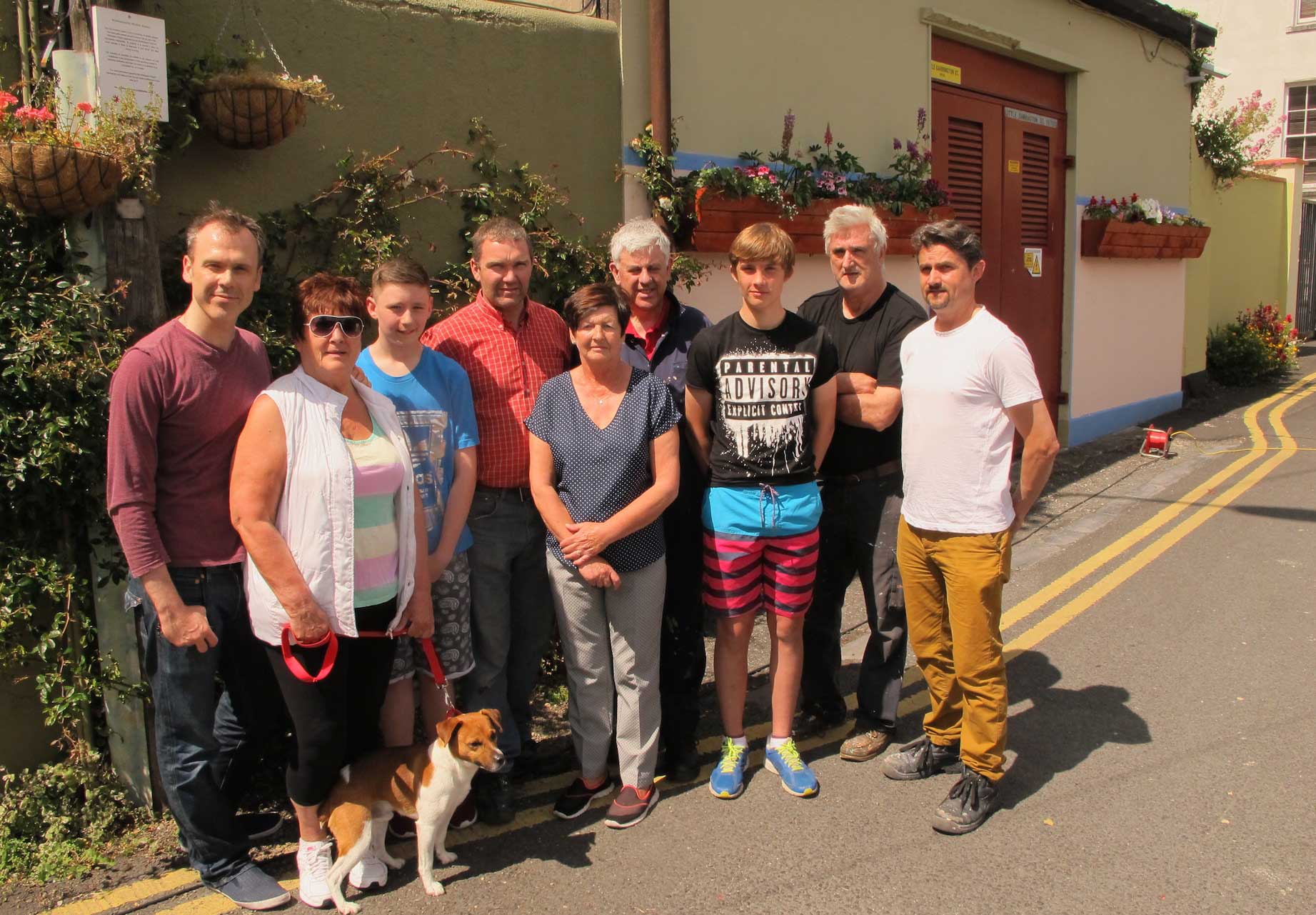 The South Limerick City Residents Association, established in Feb 2013, is a group of neighbours and like-minded people with the aim of enhancing and improving their local community. The association doesn’t give in to the Monday blues, meeting at the back of St. Joseph’s Church on O’ Connell Avenue on Monday evenings to patrol their surrounding streets, picking up rubbish as they go. Armed with rubbish pickers, brooms and plastic bags, all provided by the local council, they have transformed Schoolhouse Lane and the adjacent lane-way, removing the harsh graffiti, and by doing so, uncovering a lane coloured with plants and flowers that draws pedestrians in.

The work of the association so far has been commendable, but was has been even more impressive is the sense of community that has been created. Those who once called each other neighbours and acquaintances now call each other friends, working together toward a common goal. This inspiring community is proof that change can be achieved through good organisation and sheer will. Since 2013, they have been consistent in achieving their goals by updating their Facebook page about upcoming clean-up days, asking people to not only do their part at a cleaning event, but also to enjoy themselves doing so.

This year, they are looking forward to taking part in the annual Limerick Going for Gold initiative, which works to make Limerick a cleaner and brighter place to live, work and visit. The initiative shares the South Limerick City Residents Association’s viewpoint, in not only raising awareness of environmental issues and making a difference in local areas, but also in promoting a sense of community and having fun. The initiative, organised by Limerick City and Council, in association with the JP McManus Charitable Foundation has this year expanded to include all of Limerick County, offering the winner of the Going for Gold challenge €10,000.

Also offered is the new grant scheme, which is 50 per cent match funded by the JP McManus Charitable Foundation, and applicants to the Going for Gold competition will automatically have a chance to win this grant scheme. The association has received recognition for their efforts, winning the Perpetual Trophy for the community challenge category of the Going for Gold initiative back in 2013. Anyone is welcome to come and participate in the clean-ups and any volunteer work is always greatly appreciated.

For more information on the Going for Gold initiative, click here

To read more about the Going for Gold Initiative, click here

WATCH: Creatives come together for Sarah McTernan music video for ‘Heavy on my Heart’