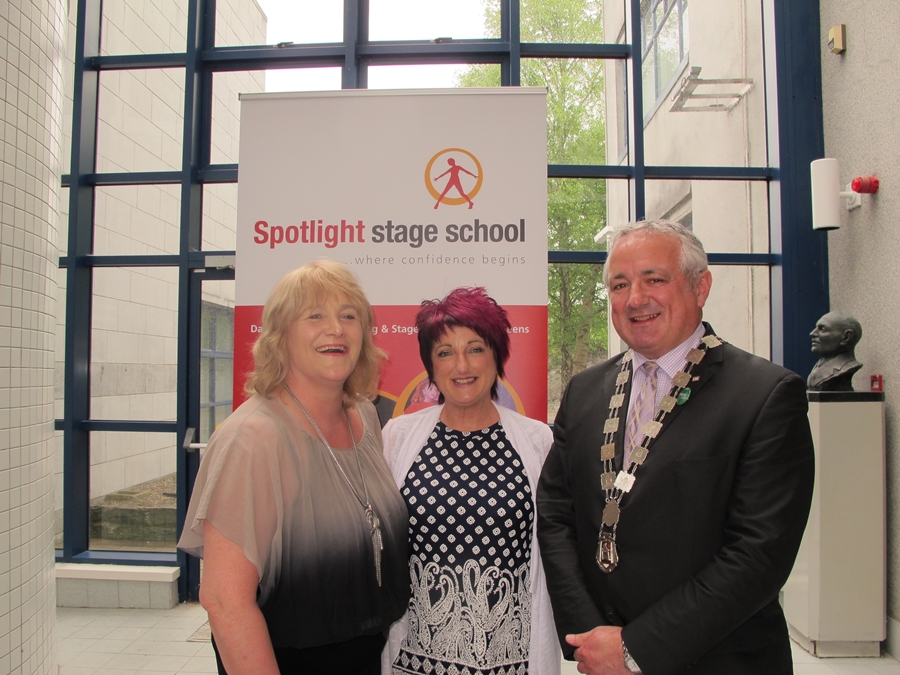 For over thirty years Limerick based Spotlight Stage School has been nurturing the artistic talent of countless young people from all over the mid-west region, and it is recognised today as one of Munster’s premier training grounds for the next generation of actors and performers.

Founding directors Margaret Hough and Judy O Connor have carefully overseen Spotlight’s development through the years, and the success of their diligence is borne out by the fact that a large number of current pupils are the children of past pupils. A valuable artistic tradition is being passed down from generation to generation, with Spotlight leading the way for pupils to develop self-confidence, self-expression and personal development through the medium of dance, drama and singing.

Mayor Jerry O’ Dea was delighted to welcome Spotlight to Limerick City and County Council Offices “their 30 year anniversary is a massive achievement, Margaret and Judy have brought the school from strength to strength”.  “It’s a fantastic asset to the community, and we are delighted to honor their contribution to Limerick over the last 30 years”.

Margaret and Judy were overwhelmed with the support they received on the night. Margaret confessed that she “got a bit emotional as people were arriving, I mean 30 years is a long time, a lot has happened in our lives in 30 years, this evening really does mark that passage of time”. Judy described the evening as “a real honor and a fantastic feeling”.

Margaret and Judy find it hard to believe that this is Spotlights thirtieth year in business. Margaret explained that “it seems like we started ten to fifteen years ago, not thirty.” Margaret went on to explain that “we have been really lucky that spotlight has survived not one but two recessions”.

While training and performance play a key role in the running of classes, Judy and Margaret also place particular emphasis on the social aspect of the school. Throughout their years in Spotlight, many pupils have built up long and lasting friendships.

Spotlight Stage School has two working terms in the year, Mid-September to mid-December, and mid-January to the end of May. Located right in the heart of Limerick city at number 97 O’Connell Street, Spotlight is a shining example of a thriving and successful business, meeting and overcoming the many challenges of our modern economy.