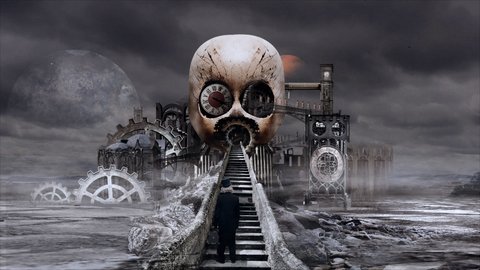 “The Clockmakers Dream”, a film which won two awards at the Fastnet Film festival was funded by Limerick City of Culture.

The twenty minute short film, ‘The Clockmakers Dream’ received funding of €15,000 from the City of Culture during its nine months of production, eight days of which was filmed solely in Limerick city.

The film was awarded with the ‘Best Irish Short Film’ and ‘Best Arthouse’ at this year’s Fastnet film festival in Schull, Co. Cork, just days after being screened at Cannes Film Festival as part of animation day.

“The Clockmakers Dream” was directed by Cashell Horgan and narrated by Jared Harris, son of the Irish actor, Richard Harris.

Speaking about the Fastnet Film festival, Cashell Horgan says, “For me it’s the Cannes of Ireland as it also such a beautiful place that attracts top industry professionals for a place to relax, watch films but also meet the public and filmmakers and openly share knowledge without the pomp”.

The film featured actors and filmmakers from all around Limerick during its 8 days of filming in the city and Horgan continued to say how it brought “more attention to the city and talents that abound there”.

“They have been chosen as an illustration of how people currently perceive themselves as members of their respective regional communities, while also defining their role as citizens of Europe and ultimately, the World’’, explains Cashell.

For more information on ‘The Clockmakers Dream’ click here