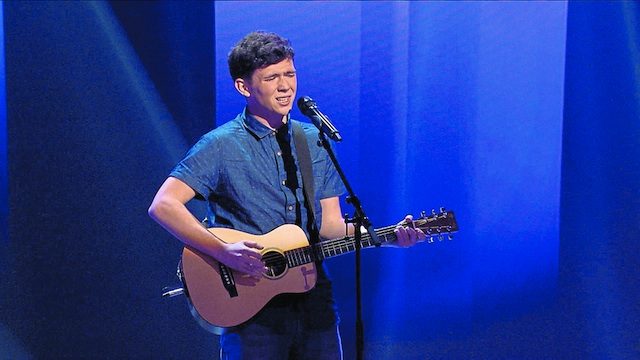 Meet the Limerick Contestants on The Voice of Ireland

County Limerick will have three representatives  when the The Voice of Ireland commences on February 22.

The three contestants from Limerick are David Idioh, Emmett Daly, and Jordan O’Neill who were picked by judges, after their blind auditions on the show.

David, was born in Nigeria, is 33 years old and living in Raheen, got Bressie to turn around in the blind audition and take him on for the show with his impressive cover of Ben. E. King’s song Stand By Me.

Jordan O’Neill sang Milky Chance’s Stolen Dance whilst playing guitar which made Rachel, another judge on the show, turn her chair.

With regards to his audition, David said: “It is something I really wanted to do for a long time, but somehow I never got the opportunity.”

David moved to Limerick almost three years ago. He has always loved music, from playing to singing and it has always been part of his life from a very young age. His earliest memories of music go back to when he was 10 years of age when he started playing piano.

Although, it was the year 2000 when he started to sing. After the continuation of practice his voice improved and he gained confidence.

A friend recommended that he enter the Voice. Seeing as it would be an excellent experience with ample opportunity to delve into the world of music, he went for it.

David is the musical director for the Limerick Gospel Choir, where a friend recommended him to pick Stand By Me after he sang it at a gig and received an extremely positive response. David is also a lecturer in the University of Limerick.

Gospel music has been David’s inspiration, with performers like Luther Vandros being one of his many favourite artists.

Although it was his first time on television it wasn’t his first time on stage. Apart from the gigs he does with the gospel choir, he also sings at open mic nights in Charlie Malone’s pub in Limerick on Thursday nights.

Jordan O’Neill was picked by 2FM DJs as the Wildcard for episode four of the blind auditions. His cover of Taylor Swift’s song “Style” took the DJs by surprise as his performance was outstanding.

“The minute he started, right through to the end, I knew he was in for me,” 2FM’s Tracy Clifford said regarding Jordan’s performance.

It was his mother, Marcella, who completed the application form for him and sent it to the people in 2FM.

Jordan appeared to be quite comfortable performing in the audition and with his ‘quirky’ cover of Stolen Dance he was able to prompt Rachel to turn her chair.

Emmett, who is a qualified junior doctor, secured his chances on the RTE hit show by getting all four judges to turn their chairs.

Singing has constantly been something he has loved to do. He took it upon himself to invest more time into singing and perchance make a career out of it. He was also selected by the 2FM DJs as the Wildcard for episode five. The panellists in the 2FM studio came to a decision at the same time to put Emmett through because they adored his voice.

“There was moments in the song that were good, but there was also moments that were absolutely brilliant,” she said.

For Emmett’s blind audition, he sang Mr Mister’s Broken Wings. After winning over all four judges, he was able to take control to pick which team he wanted to join. In the end he chose to join Team Una.

The previous year’s winner, Brendan McCahey, was also a Wildcard. He was coached by Bressie, and proved himself a deserving winner, signing on to the Universal Music record company.

Seeing as the blind auditions are through and the judges have chosen their teams, participants plan for their upcoming battles. This is the part of the competition where they compete against each other to keep their place in the competition and on the show.

It all kicks off on Sunday February 22 so participants will have ample time to go through their songs and performances. If the contestants continue to the next round they will be doing live shows which start on March 20.