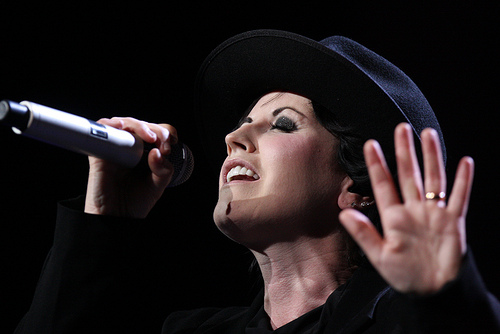 In November 2019, a mural of Dolores was revealed near King John’s Castle.

September 6, 2021, marked what would have been Dolores O Riordan 50th birthday. A series of commemorative events have taken place around the country, and many notable figures have remembered the iconic Limerick singer online.

The singer’s mother Eileen O’Riordan spoke to Ryan Tubridy about the loss of her daughter, alongside The Cranberries drummer Fergal Lawlor.

“You hear songs on the radio or memories… I smile because her memory is still being kept alive, which is nice, but there’s a sadness that she’s not here anymore as well.”

Fergal joined the remaining ‘Cranberries Noel & Mike Hogan in a special Facebook live stream event at The Strand Hotel in Limerick City, on the night of Dolores O Riordan 50th birthday on September 6.

Mayor of Limerick City and County Daniel Butler paid tribute to Dolores on her 50th birthday.

“Everyone in Limerick is so proud of the Cranberries and particularly Dolores O’Riordan and all that she achieved in her lifetime. Despite all her success as an international star, she never forgot where she came from and loved coming home to Limerick,” he said.

“I’m a huge Cranberries fan, Dolores was an inspiration to me and so many across the world and it was a privilege to listen to the powerful musical tribute on RTE’s Late Late Show on Friday night with Limerick’s own Emma Langford, Kellie Lewis and the Irish Chamber Orchestra playing such an integral part. Happy 50th birthday Dolores, we’ll never forget you.”

In November 2019, a mural of Dolores O’Riordan was revealed near King John’s Castle in the Medieval Quarter of the city, one of many artworks celebrating the influential women of Limerick, both past and present.

Dolores was born in Ballybricken, County Limerick in 1971. She began singing at an early age, eventually leaving Laurel Hill Convent secondary school to join the Cranberries.

The band shot to fame in the 1990s with their debut album, Everybody Else Is Doing It, So Why Can’t We? Songs such as ‘Zombie’, ‘Linger’ and ‘Dreams’ gave the band a massive international following, and can still be heard on radio, TV and in movies across the world today.

Dolores passed away unexpectedly in London on January 15, 2018.

For more info on The Cranberries go HERE