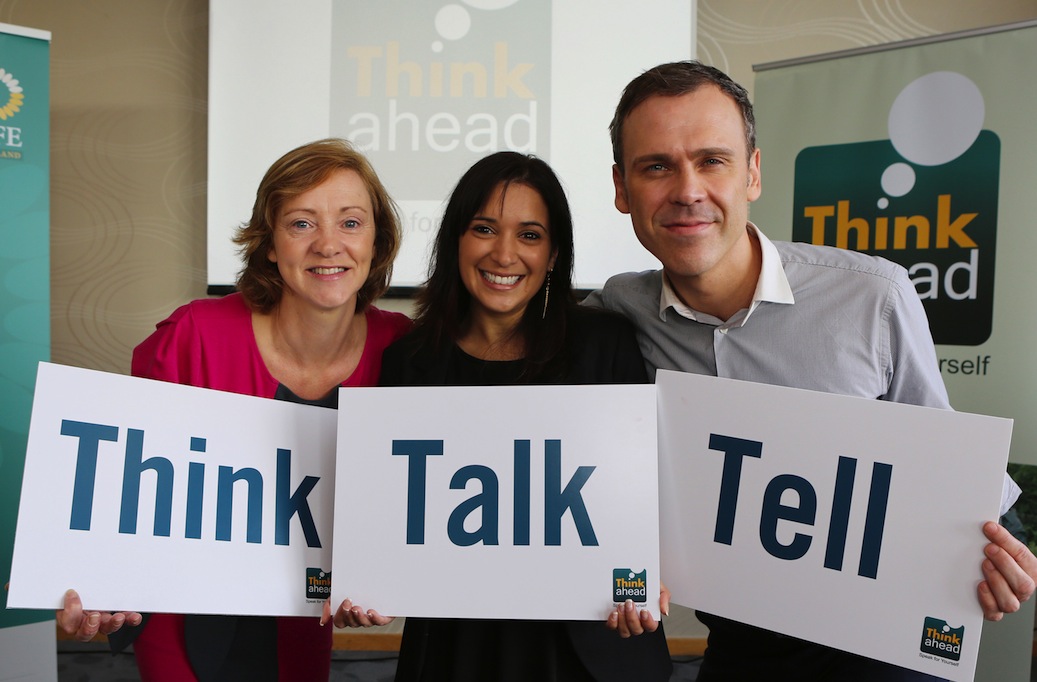 – PEOPLE URGED TO SPEAK ABOUT THEIR CARE PREFERENCES –

Richard Lynch, Limerick Person of the Year today, (3rd September), launched the three-month pilot phase of the Think Ahead initiative which is being rolled out in Limerick  with a view to a national campaign  in 2013.

Developed by the Forum on End of Life in Ireland – an initiative of the Irish Hospice Foundation (IHF) – the Think Ahead project involves people thinking about and recording their preferences in the event of an emergency, serious illness or death.  A Think Ahead form has been developed for people to use in capturing this important information and will be available free to all members of the public

The Think Ahead initiative was developed following a year long national public consultation between 2009 and 2010 to explore issues of concern around death, dying and bereavement in Ireland.    Think Ahead will engage all members of the public – young and old; those who are healthy and those living with illness.

The Limerick pilot is being organized in conjunction with the Compassionate Communities project of Milford Care Centre which is working with the community to engage people in conversation and action around death, dying, loss and care.

The concept of Think Ahead was launched by An Taoiseach Enda Kenny in October 2011.  Limerick   has been chosen as the site of a pilot programme which will run from September to November 2012.  A pilot is also being run in Co Louth.

Richard Lynch said: “I am very proud that Limerick has been chosen as the site for this pilot.  We have an opportunity to shape a national public awareness campaign that will be rolled out next year.  Think Ahead is all about encouraging people to have conversations and share their views on important matters.  People think ahead when planning for a wedding, starting a family, extending their house or going on holidays.  But few of us want to think about difficult issues such as life-threatening illness or death.  Limerick people can lead the way by using the Think Ahead form as a guide to think about and discuss sensitive issues with their families.  By thinking and having these conversations now, you can get on with living your life.”

Sharon Foley, CEO of The Irish Hospice Foundation and member of the National Council on the Forum on End of Life in Ireland commented: “We are hoping to learn a lot through the Limerick pilot and it will help to shape the national campaign.  We would encourage people to engage in the process and use the Think Ahead form to Think, Talk and Tell – think about their wishes, talk to their loved one and a professional and tell people what their preferences are.  We would also encourage people to provide feedback on their experience with the Think Ahead form through the surveys that will accompany each form.  Think Ahead is about living with the confidence that your wishes are known and your family will try to fulfill those should you become dependent.  It gives everyone peace of mind.”

Pat Quinlan, CE  of Milford Care Centre, commented: “We are very happy to be collaborating with the Forum on End of Life in Ireland on the Think Ahead initiative.  Our Compassionate Communities project invites people to engage in conversations and actions that will make a difference to how we deal with death, dying, loss and care.   Think Ahead is an important tool in facilitating people to have these sensitive conversations and record their preferences.  The more we talk, the better prepared we are and therefore the more capacity we will have to cope.  Death, dying and loss are universal experiences.  They affect us all and are not just the responsibility of health care professionals and services.  Think Ahead allows people to have their voices heard at a time when they may lose their capacity to speak.  It is truly empowering.”

During the pilot in Limerick, Think Ahead forms will be available from pharmacies, Citizen Information Centres and many local libraries.  A media campaign is being organized with advertising in newspapers and on radio.

The “Think Ahead” initiative is being supported by a number of influential bodies such as the Law Reform Commission, the Citizens Information Board and the Irish Pharmacy Union.

The Think Ahead Form will also allow people to record the location of key legal and financial documents and approve the donation of their organs and a hospital post-mortem in the event of their death.  The Think Ahead Form and useful related guidance and resources are available on www.thinkahead.ie

The Compassionate Communities project aims to enhance the capacity of the community to cope with and respond to death, dying, loss and care by developing partnerships with people, individuals and groups.  It was piloted in Limerick’s  Northside in 2011 and is now being rolled out to the whole of Limerick  City and Newcastlewest.

Think Ahead has been developed by the Forum on End of Life in Ireland which is an initiative of the IHF.  The Forum conducted a year-long consultation across Ireland in 2009 to look at the issues that mattered most to Irish people in relation to death, dying and bereavement. This consultation included a series of regional public meetings, one of which was held in Limerick on 1st July 2009. 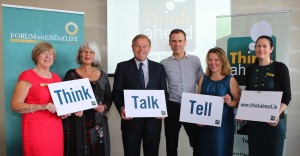 Head of Communications and Advocacy, The Irish Hospice Foundation.