By Richard Lynch on February 24, 2016@richanthon 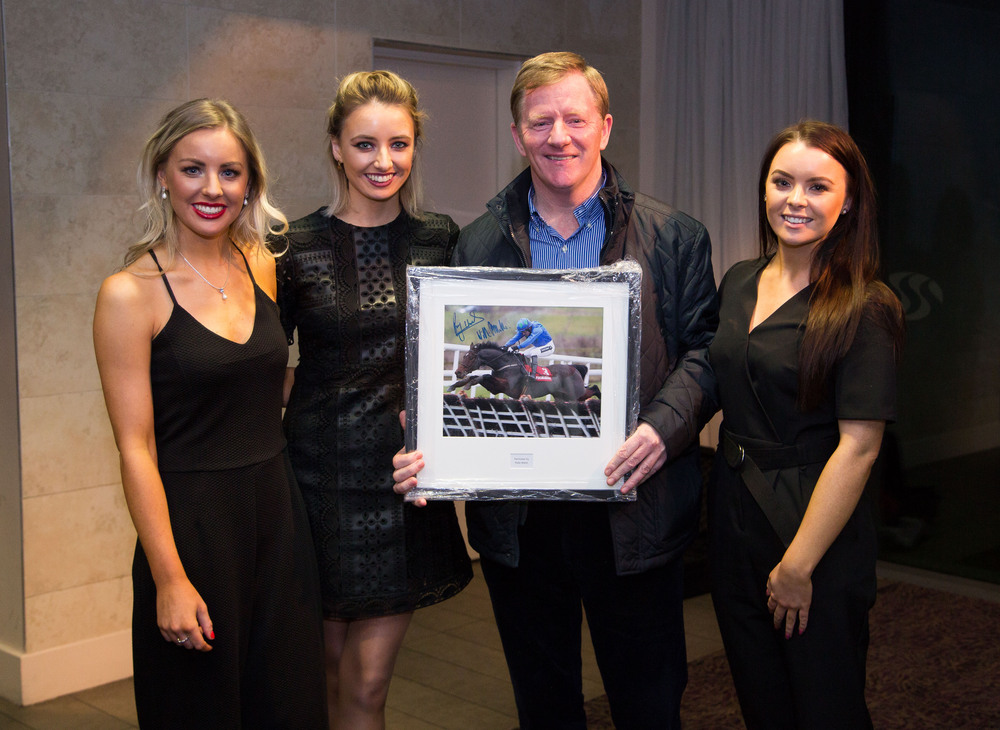 The Road to Cheltenham kicked off last night at The Limerick Strand Hotel with the Third Annual Cheltenham preview night co-hosted by The Limerick Racing Club and the UL Racing Society. A stellar panel entertained the 300+ attendees lead by At The Races presenter Kevin O’Ryan.

Plenty of tips were provided by Davy Russell, Adrian Heskin, Enda Bolger, Robbie McNamara and Derek O’Connor. Holding her own against the otherwise all male panel, Kate Harrington had plenty to say about the Harrington contingent headed for Prestbury park. Organiser Niamh McNamara was delighted with the turnout “it’s unbelievable to see so many people who came last night, it’s a credit to our fantastic panel, the Limerick Strand Hotel and all of our sponsors to see so many people turn out year after year”. One of the Highlights of the night was an Auction with proceeds raised towards the Robbie McNamara fund with a Stable Tour generously donated by Coolmore Stud along with a lunch for four people fetching in excess of €1000 bought by David hickey from souths bar Limerick and signed framed photos of Un de Sceaux and hurricane fly donated by Paddy Mullins fetching €300 a piece bought my John Fitzgerald from crecora and Macro stainless Ltd respectively. A fantastic raffle generated even more money for the fund with race days, yard tours and racing memorabilia up for grabs. Overall a fantastic night was had, with great money raised for a brilliant cause.

Check out the UL Racing Society on Facebook here