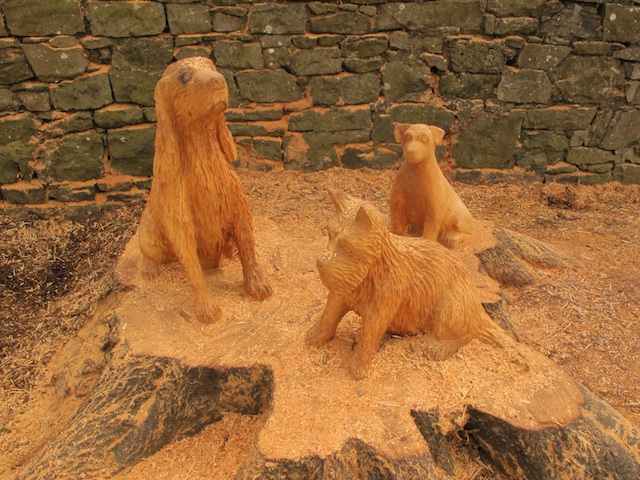 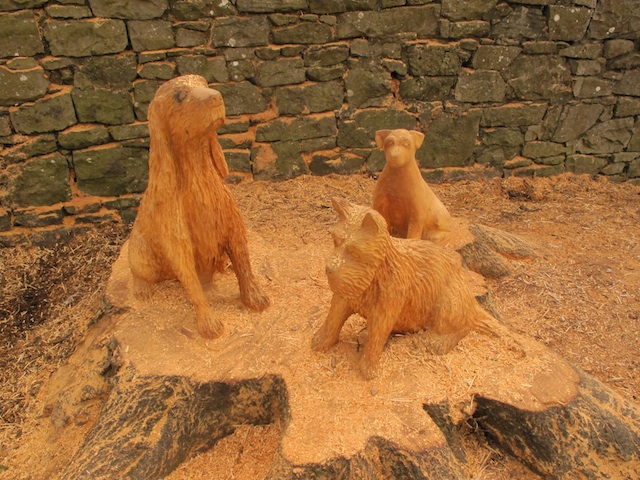 Local Limerick wood sculptor Will Fogarty has created three new wooden sculptures for the people’s park. The council approached Will when a lime tree fell down in the people’s park due to storm damage.

Local Limerick wood sculptor Will Fogarty has created three new wooden sculptures for the people’s park. The council approached Will when a lime tree fell down in the people’s park due to storm damage.

With more than enough material will decided to create not just one carving but three. Will decided to carve out three dogs; a Springer Spaniel, a Scottish Terrier and a Jack Russell.  The inspiration came to wood sculptor when he visited the park and noticed all the people who walk their dogs there.

In less than a week of being presented with the material, Will had created three beautiful sculpture which can now be seen in the people’s park.

Will recently completed a similar project at Scoil Íde, Corbally, which consists of an owl, a heron, a salmon and many other wildlife creatures, all perched on a standing tree on the school grounds.

Will’s “Fear na Coillte” is the Irish for Man of the Forests. Will began carving a few years ago making walking sticks and staffs, which are made from hazel collected in my local forests.  While he still makes these will has evolved into chainsaw carving and found his passion.  All of Will’s work is done on wood that has been felled by nature or has been cut down in a sustainable way.  Will gets a “huge feeling of joy and satisfaction as I see the beauty come through on the wood and know that this piece of wood will be enjoyed for years”.

Will creates carving for all, from private gardens and town-parks to playgrounds,“a chainsaw carving is a great way to add interest and beauty using the most natural material in it’s own habitat”.