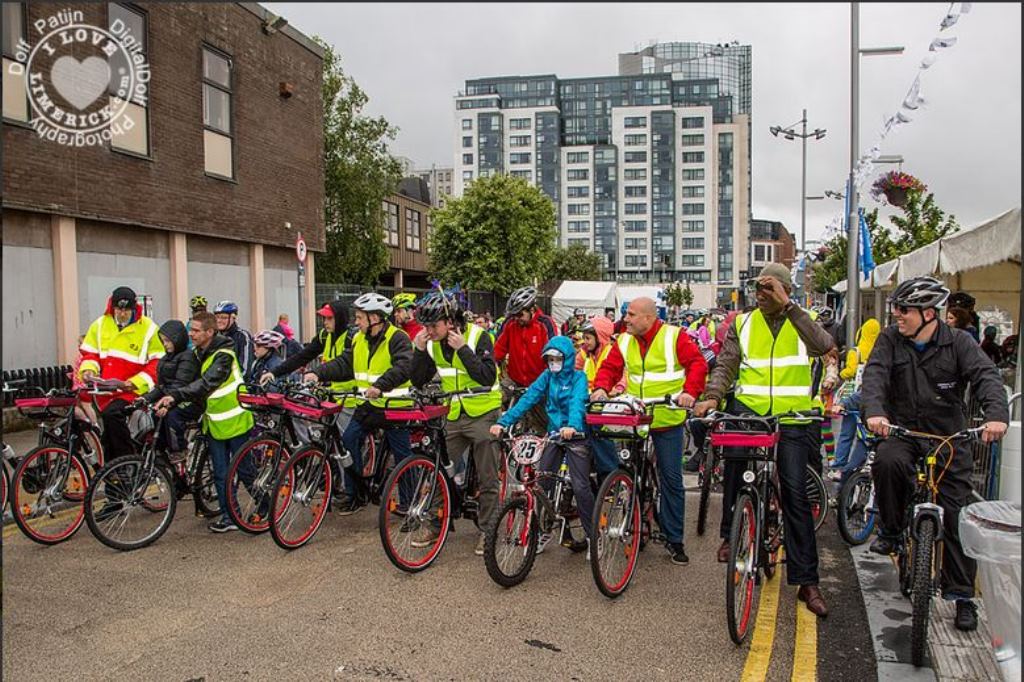 Bespoke aims to promote the use of bicycles on the streets of Limerick as part of the Bike Week Initiative.

A Summer Solstice bike ride from Limerick City to Lough Gur and back, a family cycle along the banks of the River Shannon and a host of free fun bike events were among the highlights of the 2015 BeSPOKE Cycling Festival that took place last week in Limerick.

This year the National Bike Week festivities took place between the 13th and the 21st of June, with cycling themed events happening right across the country. Traditionally bike themed events are organised by local authorities, community groups and cycling groups throughout Ireland.

The Festival’s flagship event, the BeSPOKE Riverside Family Cycle took place this past Sunday and I had the honour of hosting the event. Even thought the weather was temperamental, no one allowed it to rain on the parade and the event was so much fun!  Participants will be taken on a cycling tour of the city’s waterfront beginning and finishing at Howley’s Quay.

The Riverside Bike Parade was followed by a family fun day along the quayside with entertainment and refreshments at Howley’s Quay. Some participants came in fancy dress and decorated their bikes.

National Bike Week is a celebration of all that’s great about bicycles and cycling it has been established to get more people participating in cycling both for transport and recreation.

The BeSPOKE Riverside Family Cycle route is almost 4km long traveling over Mathew Bridge and Thomond Bridge before looping back down Clancy\O’Callaghan Strands, coming over the Shannon Bridge and finishing back on Howley’s Quay. Entertainment for all the family took place on Howley’s Quay after the parade. The intention was to have something for every age and ability.